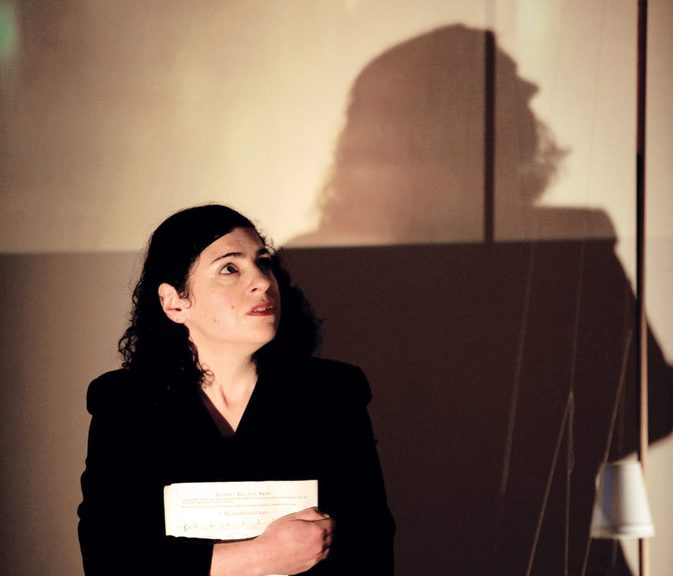 All four of them are Greek-Australians who push the envelope and are recognised by their peers for the quality of their creative practice.

Angela Costi is excited when I speak to her about the project because it is pushing all four parties into uncharted areas.

Costi explains that this will not be the typical poetry reading where you have the poet reciting a random selection of poems. Nor is it poetry set to music or poetry accompanied by music.

The approach to the show will be theatrical with a strong emphasis on the interaction between the poets reciting their works and the musician performing on the double bass.

I ask Costi how they planned to broach the gap between the words and the music;

“We started by talking about the idea of working in confined spaces. Nick put up the idea of seeing ourselves as working in an old fashioned telephone box and of being in conversation with each other.”

Hence the title of the performance and its evocation of crossed lines, desperate conversations, accidental echoes and static.

The rehearsal process has not been without its tensions as all parties have tried to find ways of accommodating each other’s style and way of working.

Theatre director, Christian Leavesley has been involved in the project as dramaturge and director to ensure that the performance has focus and direction and tells a story.

“Chris has been really good and making sure that the performance has a strong narrative arc and has a dramatic focus.“

The only question that remains is whether a double bass and three poets can fit into one telephone box.