Greek slows down the food

Margaret Paul finds out how slowing down her food has fast-tracked Maria Benardis to Milan. 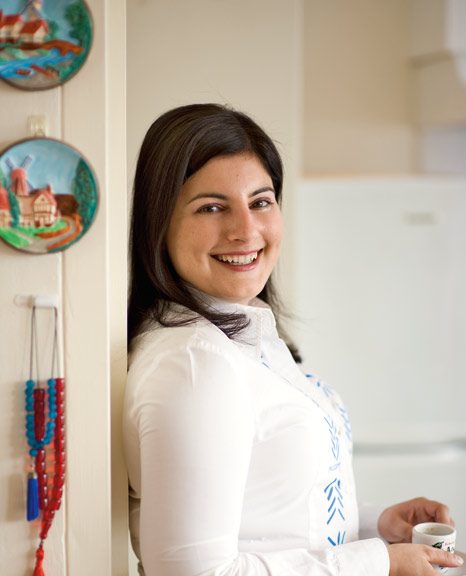 Maria Benardis, cookbook writer and slow food enthusiast, is off to Milan.

Archestratushe poet of Gela in Sicily wrote the first ever cookbook around mid 4th century BC.

The point of the event is for us to share our experiences when it comes to preserving our traditions and our culture.

Terra Madre is a five-day slow food forum, focusing on preserving oral traditions, with over 5000 people from 150 countries taking part.

“The point of the event is for us to share our experiences when it comes to preserving our traditions and our culture,” she says.

“There’ll be lots of forums, workshops, demonstrations – and a lot of eating!”

Benardis was chosen as one of Australia’s 10 representatives from over 1000 nominations.

She says Slow Food Australia, who chose her, were looking for individuals who focus on sustaining traditional culture through food.

“I’m a big fan of the whole organic food movement,” she says.

She says she’ll be sharing Greek traditions that will otherwise become a thing of the past.

She tells the story of visiting a man in Crete who makes his own filo pastry by hand, who told her, “once I pass away, this is going to be a lost art.”

Benardis will also be sharing traditional recipes for baklava, explaining how the treat has developed over time so the history isn’t lost.

But she says the slow food movement is not only about preserving culture and tradition – it also has significant health benefits.

“Crete is usually considered one of the healthiest countries in the world, in terms of heart disease,” she says.

“But recent studies have shown children there have diverged from the traditional Mediterranean diet, and they’re putting on weight, they’re developing health issues.”

Benardis says one of her main aims for the gathering is to promote an ethical approach to food, through things like changing the laws about food labelling.

She is concerned that people can think they’re eating healthily, when actually the labels are misleading, for example, not mentioning the country of origin or the chemicals involved.

“So what’s best is to eat locally, so you can do the proper research, and you know what you’re eating,” she says.

And she’s looking forward to learning more about other cultures’ approaches to preserving traditional food and culture.

“As the ancient Greeks said: everything in moderation.”