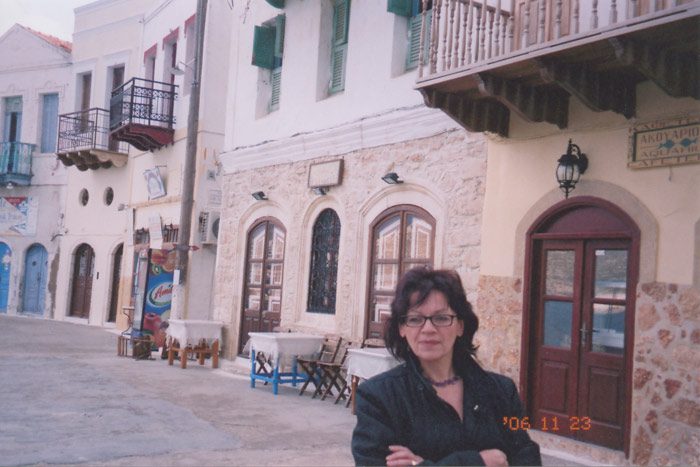 Growing up in a household of 23 extended family members, the kitchen was never closed in Yvonne Kaponis’ home.

“The aromas that filled our house became ingrained in me and in a way it was then that my appreciation for food started,” Mrs Kaponis said.

It’s this passion for cooking Greek cuisine that made Mrs Kaponis the ideal candidate to write the recently released Greek Bible. Mrs Kaponis’ daughter Nicolette, a publishing manager at Penguin, approached her Mother to write the recipe book, which is one of a series including Italian, Thai, Moroccan, Indian and Middle Eastern.

“My Mum and I got together and in six months put together 140 recipes; it was a wonderful opportunity,” Mrs Kaponis told Neos Kosmos.

Having grown up working in family cafes and running her own cafe, Terrace Deli in Melbourne, for three years, Mrs Kaponis said cooking is in her blood.

“We’re Greeks; we’ve always loved cooking.We used to have 200 to 300 people over for my father’s name day celebration, or 100 people for Easter, and catering for those numbers was no big deal,” she said.

Many of Mrs Kaponis’ cafe customers are now trying their hand at recipes from the Greek Bible.

“A lot of customers know me really well, everyone comes in and tells me what they’ve cooked and if it works,” she said. “I’m really proud I’m teaching all the Aussies how to cook Greek food.”

“The book is very easy to read, and I tell people if they have trouble with anything just come and ask me.”

The Greek Bible, which was released in August last year, is on sale at all leading booksellers.