The only Greek restaurant that made the prestigious list; ‘We want our cuisine to activate the senses and spur emotions’ 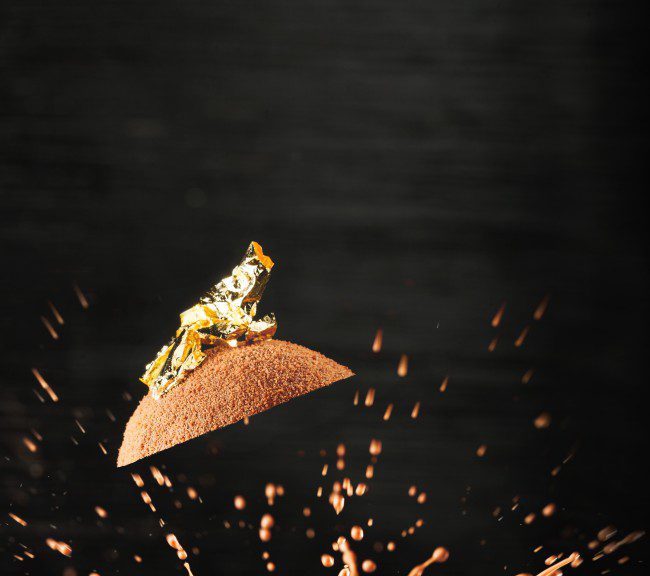 For the fourth consecutive year, Athenian restaurant Funky Gourmet has been included in the list of the world’s best fine dining restaurants according to TripAdvisor.

Based on reviews and opinions from travellers around the world, the restaurant, located in the ancient neighbourhood of Keramikos, was the only Greek fine dining business to make the prestigious list of Trip Advisor Travellers’ Choice Awards 2016, with 884 reviews overall from international visitors.

Funky Gourmet opened its doors in 2009 and by 2012 chefs Georgianna Hiliadaki and Nikos Roussos were awarded with their first Michelin star, followed by two Michelin stars in 2014.

According to its two chefs, “it’s all about the taste and the visual pleasure that activates the senses, engaging the guests in a stimulating, exciting and unconventional way”.

How do you feel to be ranked among the best fine dining restaurants in the world?
We are very proud that our efforts have been rewarded and that Greek cuisine seems to have international appeal.

What attributes make a good restaurant, in your opinion?
A good restaurant is the one that honours its guests. In Funky Gourmet, we constantly thrive to produce a dining experience for the people that honour us with their presence. We want to provide them with top hospitality, food, ambience and service. The same effort we expend not only in Funky Gourmet, which is a two Michelin star restaurant but also in our other restaurant Opso in London, which is a more casual Greek place where one can enjoy Greek tapas − mezedes − in a more laid-back way.

Why do you think you were the only restaurant in Greece selected? What is it that you offer that makes your customers want to come back?
We offer, as the restaurant’s name suggests, a funky and gourmet experience. We want our cuisine to activate the senses and spur emotions, a type of culinary experience that is like a theatre that you can eat! Our degustation menus also reflect our own point of view of a refined Greek cuisine influenced by local ingredients.

With such a vast choice of classic Greek recipes and traditional food fare, what ideology and vision do you use to reinterpret these and how much experimentation is involved?
We get inspiration by many things, including our tradition and classic recipes, i.e. re-invention of the classic pastitsio dish or based on unique local products, such as the Greek bougatsa that we combine with white chocolate − an unusual combination that strangely enough works very well together!

Experimentation is a vital process in the creation of new dishes and the re-invention of classic ones. Sometimes experiments come successful easily but sometimes − actually most of the time − it takes a lot of effort and testing for a dish to appear on the menu.

Do you have a signature dish that you are particularly known for?
Our Greek salad is one of the signature dishes that never leaves our degustation menus. It’s the traditional taste of a Greek salad, i.e. tomatoes, cucumbers, feta cheese, oregano, capers, but in the form of a white ‘granita’ sorbet!

How much has Greek cuisine evolved over the years?
Hopefully a lot and we would love to believe that we have contributed to this evolution even for a bit, by spreading the local cuisine and our point of view of modern Greek cooking.

There seems to be an artistic approach to each dish. Are you a ‘food artist’ and where do you get your inspiration from?
We definitely look at food as an edible form of art! Aesthetics play an essential part in making a new dish. But we draw inspiration from everywhere and everything. For example, a new dish in our menu is Funky Gourmet ‘ntolmas’. This plate was initially inspired by the classic Greek recipe but its presentation is very much influenced from the Scandinavian naturalite and aesthetics.

What types of wines do you stock in the restaurant and do you support Greek produce in food and wine?
We really appreciate the evolving Greek wine industry. Many local producers have presented very interesting wines of unique Greek varieties, such as white assyrtiko and red mavrotragano from Santorini or xinomavro from Naoussa region, or agiorgitiko from Peloponnese. But we love wine from many different regions of the world. Who can resist a French barrel-aged good Burgundy, or a full-bodied bin from California?

If you haven’t had the chance to experience the incredible menu that Funky Gourmet has to offer and you are not planning a trip to Greece any time soon, you don’t need to worry. Funky Gourmet is coming to Australia to be part of the OMG (Oh My Greek) Week Festival in Melbourne which will be hosted by our own Greek Australian chef, George Calombaris, from 21-26 November.