The husband and wife team offering catering like no other

Olive and Thyme Catering has filled a gap in the market, offering handmade food from traditional recipes that are packed with flavour, and spreads that are oh so aesthetically pleasing 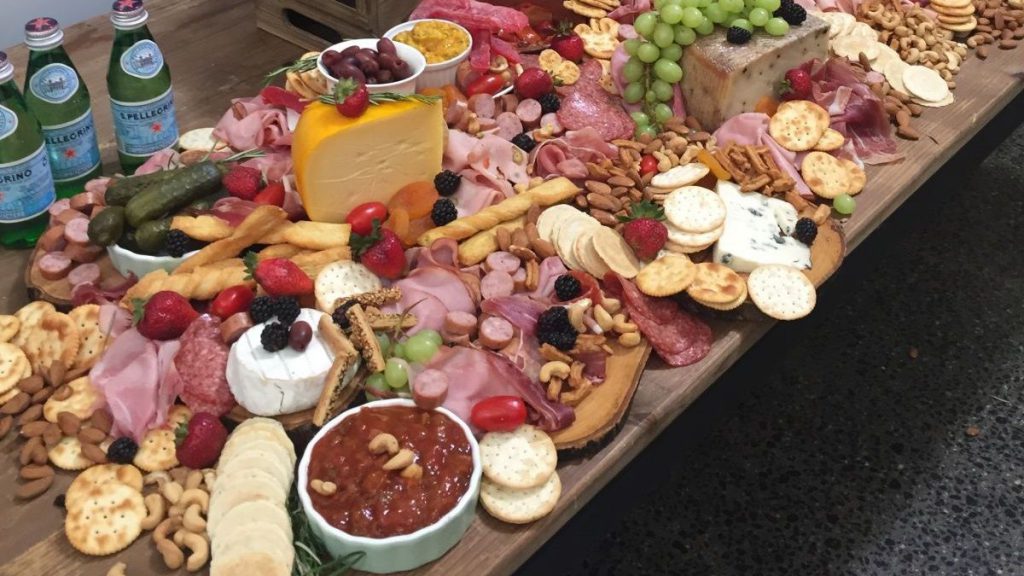 When Renee and Ilias Patsiaouras got married five years ago in Greece, they had an unforgettable day surrounded by their loved ones who were treated to a delicious buffet and carving station where rotisserie meats were cut to order.

Little did they know that in years to come they would be helping others to create such memories back home in Melbourne.

“We didn’t think about it at the time, but I think subconsciously we liked that style of eating. And I think these days weddings are becoming ridiculously expensive, and people are looking for alternatives whether it’s at a bar, a winery, a home, or a centre of some kind where they don’t have to pay $200-$250 a head for something that’s incredible quality but not at the price that these big reception centres are charging,” Renee tells Neos Kosmos.

The former sales and marketing manager started Olive and Thyme Catering with her husband in June 2016, and in just 10 months they have been blown away by the positive response.

They offer catering for birthdays, bridal showers, christenings, weddings, and other events with a Mediterranean-inspired menu including gourmet finger food and buffets with everything from charcoaled meats, pites, salads, dips, and desserts all made from scratch. 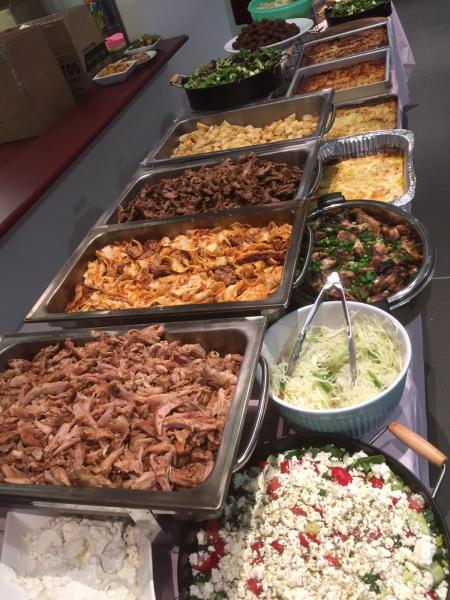 “My favourite thing is when we do an event and people take photos the minute that they walk in and they’re like ‘oh my god’ and they gasp and take our card. They get so overwhelmed by how amazing it looks and for me that’s the satisfaction,” says the 35-year-old caterer.
“People eat with their eyes first, and you need to have a product that looks good and is aesthetically pleasing, but also tastes good. That’s why we offer styling packages and we offer set up; purely because we want people to have that full service.”

Having formerly worked as a state manager for brands such as Christian Dior, Swarovski, and Dyson, it was after becoming a mother that Renee found the prospect of returning to full-time work and interstate travel no longer resembled the dream job it once seemed. Instead, Renee and Ilias took the opportunity to pursue their shared and long-held passion for food.

“I thought ‘what can we do to combine our love for food, but also be able to work around having a young child and family?’ So we toyed with the idea for a little while.
“Around our daughter’s first birthday we got some really great feedback from her party which we actually catered and we thought ‘we know we’re onto something really good’. We had always catered big family functions right through our lives, but we thought this is a good opportunity for us to branch out and do something that we love.”

And it’s a decision that has been paying off ever since. Within a couple of weeks of launching their business, the husband and wife team already had two months’ worth of orders and have been so busy they’ve regrettably had to turn customers away to keep up with demand. With more people hosting events from home, they quickly discovered a gap in the market for homemade quality food that people are willing and proud to serve to their guests and children, and at a reasonable price.

To make it as affordable as possible, Renee says they don’t charge per head and instead charge according to the quantity of each product ordered. Menus are also customisable with packages tailored to customers’ preferences.

“We tend to do it like that because it works out much cheaper and the customer feels that they can get what they want instead of something that’s pre-chosen, and we also find they feel a little bit more excited that they’ve got more control and can decide what they like.” 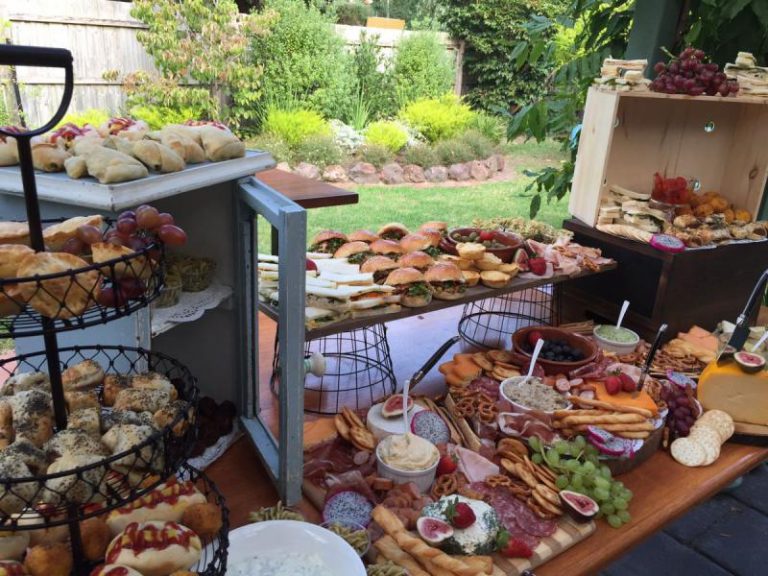 Now the ambitious owners are looking to expand with a larger commercial site to build on their current product offering, and also have their sights on introducing their now famous spanakopites and tiropites to cafes, restaurants, supermarkets, and gourmet delicatessens.

“It’s a really special recipe; our spanakopites are our number one product. They’re actually from my mother-in-law’s recipe and passed down to me. So Ilias has brought that background, that passion, and that knowledge of food into our business,” Renee explains.

“We make everything from scratch, so all our filo is handmade as well. It’s done because we’ve been around this and we’ve been taught how to make them in the traditional way and we’re bringing that into the Australian market, which no-one’s actually done.”

The recipe, which originates from Thessaly, has been passed on through generations of Ilias’ family. Born and raised in Germany, it was there that his family owned a Greek restaurant and tried and tested a number of authentic family recipes, which are now being shared with the people of Melbourne. And if there was any doubt in their minds, it was laid to rest last week while catering a christening where Renee says she received the biggest compliment.

“I had a little old lady come up to me and say, ‘did you make that spanakopita?’ and I said, ‘yes’ and she said, ‘it is the best I’ve ever tried’ – which is a big call to make. She was in her 90s and said, ‘do you make your own filo?’ and I said, ‘yes’ and she said, ‘I’m so impressed. It’s the best thing I’ve ever tried’ and that to me was so … it just touched me; the fact that she was so in awe about how delicious it was. That made my day.”

And it’s days like those that reinforce Renee’s decision to leave the corporate world behind, to pursue a dream, which despite the long hours, that make it all the more worth it.

“I can’t say that I feel like I’ve actually worked because the love and the passion that we both have for what we do, the satisfaction that we feel when
we’re cooking – aside from what the customer feels because that’s the end result – but during the cooking process, the preparation, the early market morning runs and ordering this and picking up amazing cheeses, it’s not a chore. We absolutely love it, and when you love something and the passion shows we know we’ve created something amazing.”