Back to their Hellenic roots: simple, tasty and cooked with love

Ten years after George Calombaris opened the doors to his modern take on the Greek Taverna, a fourth Hellenic Republic has opened in Brighton. Executive Chef Travis McAuley has been at the helm since day one, and is as passionate as ever about celebrating Greek food, made from the heart with the freshest produce 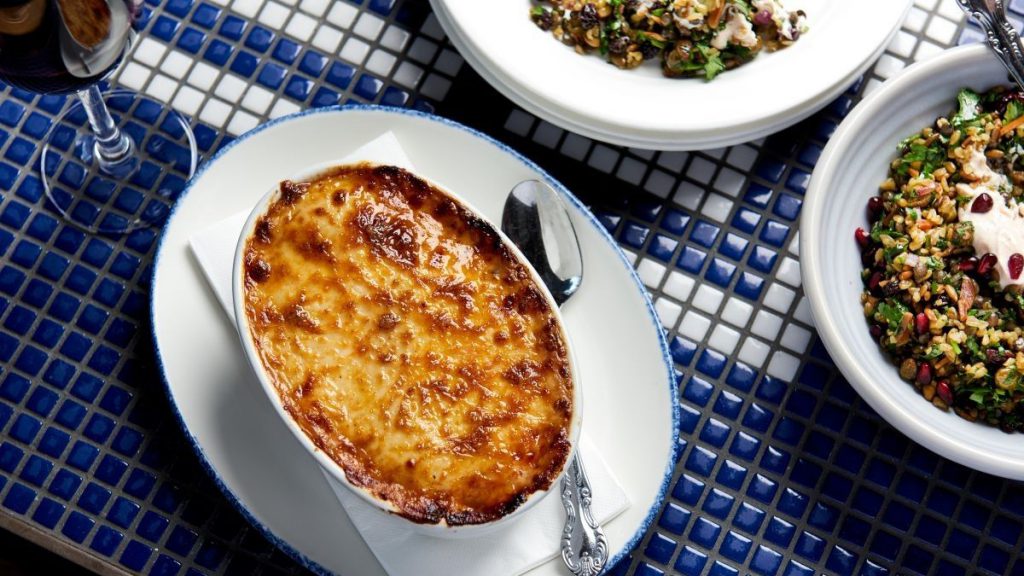 I remember the first time I visited Hellenic Republic’s flagship in Brunswick. It was 2010, and having perused the mouth-watering menu online, I knew I would be signing up for the banquet, so I avoided food for most of the day to keep room for what was to come.

And I was not disappointed in the slightest. What first struck me was the perfect balance that had been achieved; it was stylish while feeling authentic, and polished while being relaxed, and most importantly, welcoming.

Since opening its doors in 2008, Hellenic Republic has developed a name for itself as the powerhouse of Greek cuisine, with a refined modern touch.

This year marks 10 years since that day, and now Hellenic Republic has sites in Kew, Williamstown, and the most recent addition in Brighton, with the 10-year milestone being particularly significant for executive chef Travis McAuley who, on board since day one, has without a doubt become an honorary Greek.

“I feel honoured to be apart of it,” McAuley told Neos Kosmos.

“Greek food has been around forever, we haven’t exactly brought Greek cuisine to Australia, but I feel very honoured to work with somebody like George; George is very inspirational.”

The chefs met when Calombaris came on board at John Psanis’ One Fitzroy Street in St Kilda as head chef, shortly before going on to open what became a Melbourne fine dining institution, The Press Club.

“He came on board and we hit it off,” McAuley recalls.

“He had a pretty exciting project coming up in The Press Club and I came on board to help set that up, and well, we stuck around. That was a good 12 years ago!” The pair have been making waves since, going on to change the way people perceive Greek food.

Having a great interest in Mediterranean food, McAuley jumped at the opportunity to work as head chef at Hellenic Republic, and received some of his first lessons in Greek and Cypriot cuisine, home style, from George’s mum.

“She would bring in foods from home that were new and amazing to me, things like shamishi and sheftalies.”

To keep the creative juices flowing and inspiration high throughout the years, aside from working closely with his team of head chefs who bounce ideas off one another, McAuley also takes regular trips to Greece and says the food coming out of Greece, both at a local and international level, is impressive.

“I like to go every couple of years,” he says.

“I also take inspiration from other Greek chefs, just seeing what’s going on out there. I think Greek food’s come a long way.”

Calombaris has kept his ties with Greece’s culinary scene, hosting Oh My Greek Week in 2017 for which they brought out a number of acclaimed chefs who are at the forefront of the industry.

But McAuley likes to bring it back to what it’s all about: people and fresh seasonal produce, which is their focus over the next 12 months.

“Our big focus with Hellenic is going back to our roots and the simplicity of the ingredients,” he says.

“I think over the years things have gone in slightly different directions. We focused on Williamstown being a gastro pub, Kew being a bit more of a modern sort of twist on the original; we’ve looked at what’s worked. We’ve got multiple brands in the group with Jimmy Grants being the souvlaki bar, Gazi is Greek street food with a twist, obviously The Press Club being the fine dining, and Hellenic sat within those three sort of concepts. We know what’s popular, the customers’ wants – simple, clean, fresh food – hence the reason that we’ve gone back to that; there’s a big emphasis on seasonal.” 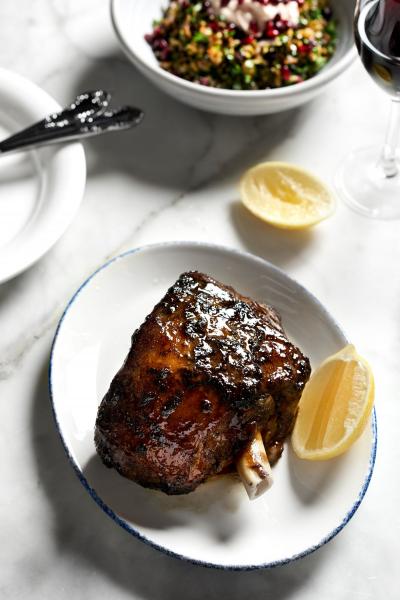 While every Hellenic establishment has its own distinct charm, the team is now looking to strip it back and roll out a consistent menu across each, to create a story and meaning behind each dish reflecting on its origins. Bringing back all the old favourites, with some new ones in the mix, customers will get a similar experience across all the Hellenics. Meanwhile with the emphasis on freshness, there will also be daily seafood specials and the dessert of the day, which will differ at each location.

“Every morning my head chefs ring the fish supplier and ask what’s amazing that day and what’s super fresh, so their fish orders are placed first thing in the morning. If they sell out, they sell out; the big focus is on that.” 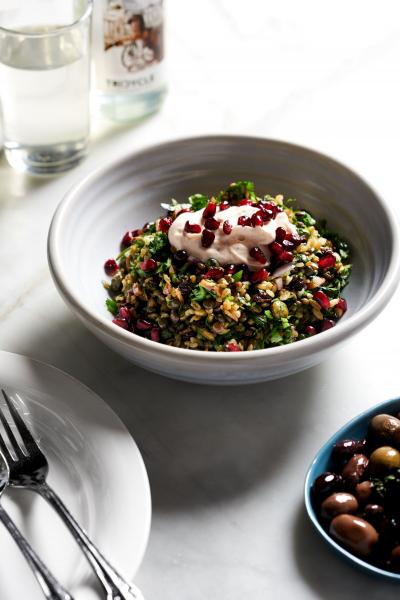 Drawing from his memorable trips to Greece, McAuley says there will also be some classic vegetable dishes to look forward to, “sticking a bit more to the classic Hellenic diet”.

When he thinks of what he loves about Greek food – seasonal produce simply cooked and treated with respect – the chef can’t help but think back to a memorable trip to Crete.

“Crete, as far as food goes, stands out as one of my favourites,” McAuley recalls.

“We were there for Greek Easter one year and we went to an amazing market and saw where we’re getting our olive oil from and I think that was a real eye-opener for me. That stood out, going to one of the local markets, a guy selling live rabbits, some of the most amazing artichokes and tomatoes I’ve ever seen. It was very inspirational. The ladies making fresh mizithra.”

The latest addition to the Hellenic restaurants is in Brighton, and the design is more reminiscent of their Brunswick location, with a warm and cosy feel, that is family-friendly.

To showcase what they’re all about, Hellenic Republic Brighton is taking part in the Melbourne Food & Wine Festival hosting Hellenic’s Watermelon Festival. Designed to be a fun day out for the family, there will be food and beverage stations featuring both savoury and sweet options plus watermelon-themed activities for the kids. With two time slots available, the evening will transform into a block party with live music and DJs.

A part of Made Establishment, while the group is steadily expanding with sights set on opening venues of its various brands across Australia and abroad, for now the focus is very much local, and McAuley is keeping things simple, and tasty as ever.

“We’ll just be homing in on the four restaurants, looking after the customers with good food – tasty, simple, fresh food – amazing service, and with some very tasty Greek wine.” Hellenic Republic is located in Brighton, Kew and Brunswick, and Hellenic Hotel in Williamstown. For information on how to get there and to read more about the Hellenic back story, visit their recently updated website: hellenicrepublic.com.au/
Note: Hellenic Gift Cards (plastic/digital) are now available for purchase via the website. Find out more about Hellenic’s Watermelon Festival and to book here.