“Come and dance your troubles away the Greek way,” says the Australian founder of OPA-cize, Kathy Skettos When Greek Australian Latin dance instructor Kathy Skettos decided to launch an exercise and fitness program based exclusively on Greek music and dancing to encourage her overweight sister to take on an exercise regime to tackle some health issues, she never anticipated that hundreds of women all around the world would also embrace her idea of OPA-cize.

“I realised that a structured Greek Dance Fitness class was not available anywhere in Australia, so I decided to start one myself,” Kathy told Neos Kosmos.

She went on to create the first OPA-cize training program, which consists of a one-hour exercise regime that combines Greek music and dancing.

The daughter of migrants hailing from Kastellorizo and Corinth, her adventure began in March 2015, when, in her attempt to persuade her sister to adopt a healthier and more active lifestyle, she created her own choreography combining modern Greek music with various types of Greek dancing.

“My sister Mary hated exercising. She was a victim of domestic violence and after a failed marriage in Greece she moved back to Australia severely depressed and with very low self-esteem,” she revealed.

Mary would hardly ever leave the house. Desperate to find incentives and various ways to encourage her sister to change her life, Kathy came up with the idea of a program inspired by the one and only thing Mary loved: Greek music.

Sadly, the two sisters never got to dance together.

Two days prior to the official launch of OPA-cize, Mary was found dead at her parents’ home after suffering heart failure.

“I never got the chance to dance with my sister, but she was my inspiration and therefore my program is dedicated to her, because if it wasn’t for Mary, I would have never had the motivation to design this alternative form of exercise,” says the Sydney-based fitness instructor.
“OPA is loaded with real kefi that has changed my life, but also the lives of so many others that look forward to coming to class each time and dance their troubles away.”

Since its inception, Opa-cize has spread widely across the globe with hundreds of classes now being held across Australia in Sydney, Melbourne, Adelaide, Brisbane, Perth, and Canberra, and abroad in New Zealand, the USA, Canada, UK, Greece, Cyprus, Switzerland, Germany and Japan.

According to the 51-year-old founder, the OPA-cize philosophy is based on the principles of Greek hospitality and the idea of friendship (παρέα), offering a variety of programs for all fitness levels without excluding or discriminating because of age, gender, race and body type.

“We don’t just focus on results and body image; our aim is to get people moving, introduce them to a healthier lifestyle, and more importantly, make them feel welcome and part of a wider fun-loving community that’s there to support and inspire them,” says Adelaide-based Martha Kavouki, one of the 100 instructors that have since joined OPA-cize.

Kathy has also designed a health food guide, which will be launched in February 2019.

“After my own personal experience, where I gained a significant amount of weight following six failed IVF attempts, I decided to design a clean nutrition guide, which I named Clean Zoi (life) and consists of recipes tailored to compliment the OPA-cize program and achieve weight loss without exaggerations and unrealistic demands that make most people lose their motivation,” says Kathy, who is also the mother of a 14-year-old daughter. 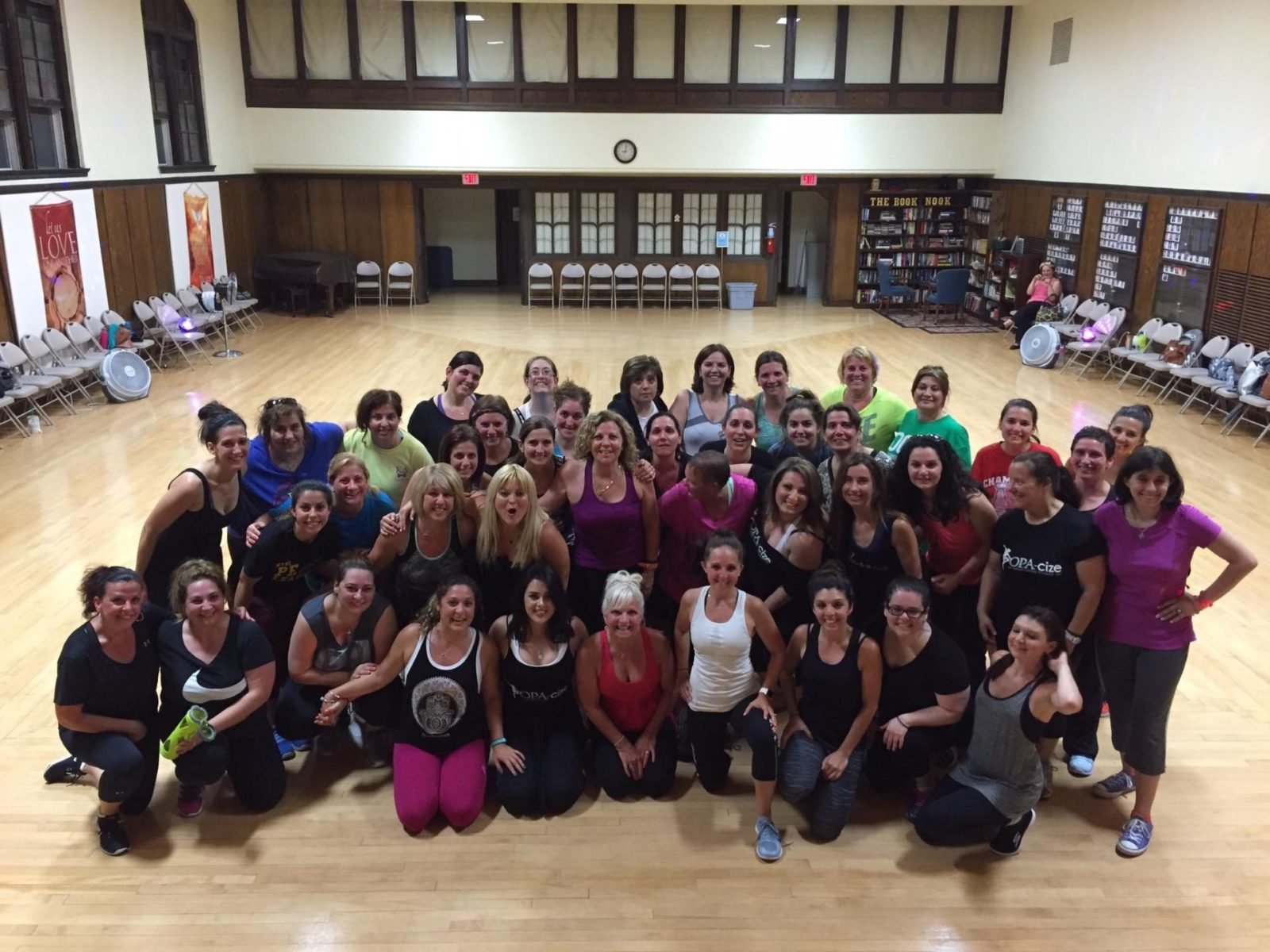 Despite three years having passed since Mary’s death, Kathy says she can still feel her sister’s presence every time she conducts a fitness class and admits that her little OPA community has helped her heal and deal with her loss.

Now going forward, she says her aim is to continue to gift to others the two things she never got the chance to give to her own sister: good health and happiness.

“I love nothing more than meeting and connecting with all our members around the world, listening to their stories and trying to make a difference in their lives.”