Lots of dancing at the 32nd Lonsdale Street Greek Festival 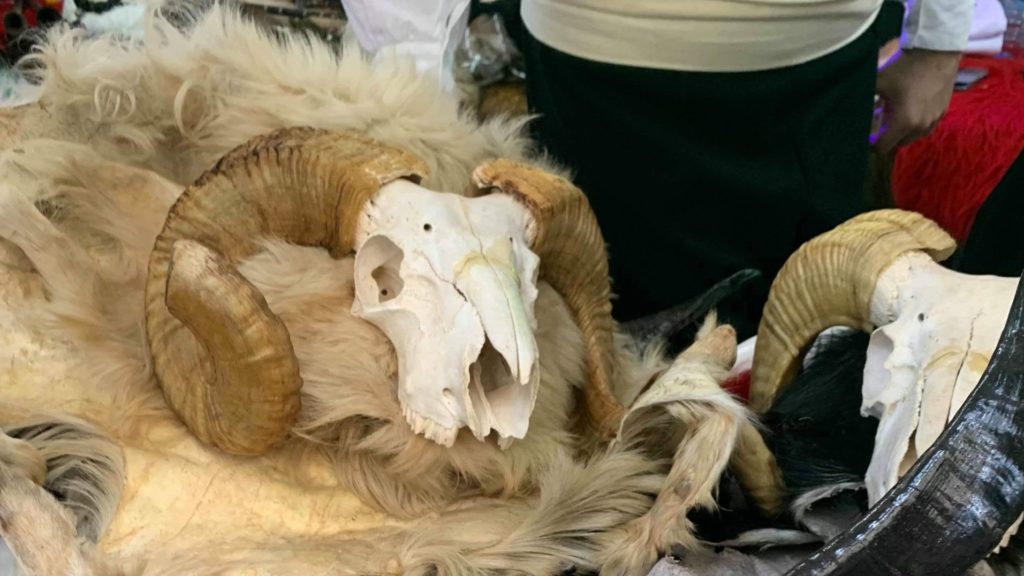 Manasis carnival costumes are available for all to see up close and even try on.

This weekend Manasis School of Greek Dance will grace the festival’s stages with several different acts with the focus being on the senior group presenting the Modern Bracket, a fusion of traditional folk dancing on modern Greek music.

“Modern music has become a tool to engage youths,” Dimosthenis Manasis who began his career as a dancer at the age of three, by taking his first ever steps within his father’s dance studio tells Neos Kosmos.

“Audiences are captivated by the rhythm, the sound, the energy… and our goal is to show where Greek dance can go. It’s a mechanism to draw younger generations in and show that tradition can also be contemporary.”

As a young boy, his passion was fuelled not only by the support of a tight-knit family, but also by the perseverance and constant mentoring from his father Alkis who started everything in 1979. Throughout his teenage years, Dimosthenis’ passion lead him overseas, where he travelled extensively throughout Greece and its neighbouring countries, researching, documenting, cataloguing and collecting authentic traditional folk instruments.

At seventeen years of age, Dimosthenis began teaching Greek dance, taking over the directorship. His methodology attempts to teach in a way which gives his students a sense of belonging, achievement and pride. His fundamental key to teaching dance is communication, as through this, comes respect, discipline and commitment. By truly listening to the beat of the younger Greek diasporans, he managed to come up with ways that have engaged second and third generations and has further developed the school, by targeting wider audiences, through the creation of new dance studios, affiliations with many of Melbourne’s Greek Language Schools, traditional instrumental performances, school incursions, cultural educational programmes, themed corporate events, and classes for Greeks and non-Greeks alike.

“I’ve taken over for many, many years now with his support and this year marks our 40th anniversary. It is a very special year for us and the Lonsdale Street festival performances will be highly multifaceted,” he says.

“I guess the highlight will be the senior group – most of the dancers between them have at least a decade’s experience. This year’s performances will incorporate an additional celebratory element of accomplishment, achievement and also appreciation.”

At this stage the Manasis school counts over 700 dancers with most of them taking part in this year’s Lonsdale Street Greek Festival.

Meanwhile, as the wider community is well aware, the Manasis family are the apokries (carnival) specialists, and throughout February and March each year, their presentations include intricate masks and bells,the famous now koudounoforous (bell-bearers), the kalikantzaroi (malevolent goblins) and more.

“Each year we endeavour to hand-make new costumes ourselves, continuing my mother’s legacy who has made more than 400 costumes in the Manasis collection which all our performers wear. We try to find more and more costumes for our students to wear,” he explains.

“Each year we try to focus on a specific style and custom. My father started the traditional carnival presentations in the 1980s when his Gianitsaroi and Boulles presentation that shocked Melbourne. Many others have come on board since. And more recently, our school made and exhibited the koudounoforoi – fur clad ‘beasts’ adorned with countless bells. No matter where you are, you’ll hear them coming!”

The belief is, Mr Manasis explains, that the ringing of bells wards off evil spirits from the earth, provides fertile ground for crops to grow (as meat cannot be eaten for the following 40 days), and masks and swords protect the wearers from being possessed.

“Last year, we presented the tzamalaroi or kalikantzaroi made completely from the basic leftovers of gaides that never made it! Animal furs, predominantly goat, sheep and deer, together with their skulls and horns adorn incredible headpieces sure to scare any evil spirit away.”

Cloaked with traditional wild-goat hair bibs and capes that weigh about 10 kilos each plus an array of bells, the Manasis’ students continue to make the school proud, insisting on dressing up and reviving and recreating traditions and customs of Greece’s distant past. This year, two more rare styles are being added.

“We have made some incredible costumes from the apokries customs of Xiropotamos and Monastiraki in Drama,” Mr Manasis enthuses. He recounts the success of their show at the Lygon Street Multicultural Festival hosted at the Anatolian Cultural Centre earlier this month.

“The 1.5m tall goat skin headpieces of this act will be making another appearance on stage this weekend, together with the layers upon layers of the karagouna from the central Greek regions of Thessaly, Karditsa, Trikala and Larissa. Additionally, the custom or rougatsia or gourouno-hara sees a group of masked men gallivanting around their village, looking to collect the pieces of pork in order to make sausages for the Spring season ahead. On their way, evil spirits known as kalikantzaroi try to abduct the nifi (bride) who symbolises fertility and rebirth.

A skit follows with different roles being played out.

“What we are all in particularly very excited about is the two unique, authentic and exclusive karnavali (carnival) costumes sent over directly from Sohos, Macedonia!”

The Grouskos family of Sohos have for generations been the sole makers of these captivating costumes, with the skills being passed down from father to son. The costumes they make are specifically and strictly for locals of the Sohos village. While many organisations host apokriatika functions and dinners, the glory and spectacle of these customs are usually omitted.

“Becoming aware of our dance school’s efforts to continue and promote rare traditions and customs, they have sent two entire outfits – with the inclusion of the unique mask and headpiece – to our dance school,” Mr Manasis says.

“This is the first time in Australian history that the karnavali of Sohos costumes will have ever been presented!”

Last Saturday, the school hosted a short and quick flash-mob through Oakleigh’s Eaton Mall, in anticipation of the upcoming carnival season with processions around town. Safe to say, the new Sohos costumes are a perfect fit for the school’s longest serving senior dancers of the group, Dimitri Apostolidis and Michael Michaelides.

“Oakleigh was buzzing with excitement and the best is yet to come,” Mr Manasis says.

“All weekend, these and many other headpieces and costumes will be on display at the Manasis Cultural Marquee for visitors to see, feel and even try on!”