Founded in the early 1900’s, researchers now believe the Babylonian tablet is the world’s oldest and most accurate trigonometric table, most likely used to construct temples, palaces and canals 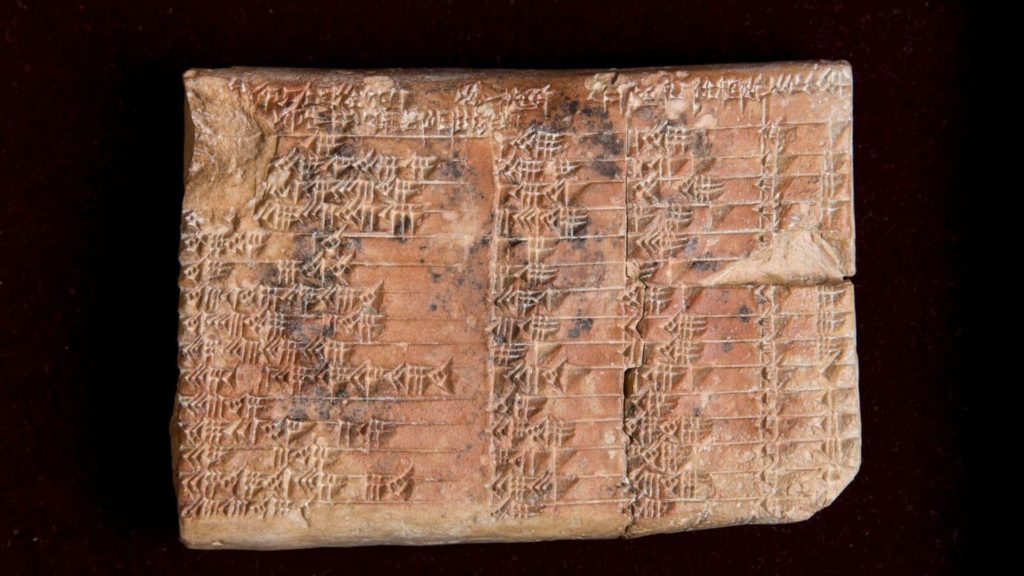 Greek astronomer Hipparchus (120 BC) has been regarded as the father of trigonometry. That is until now.

New research by the University of New South Wales on a 3,700-year-old tablet from Southern Iraq published in Historia Mathematica, has debunked the belief that Greeks developed trigonometry, instead pointing to the Babylonians as the true masterminds.

The tablet – also known as Plimpton 322 – was discovered in the early 1900s by Edgar Banks, an American archaeologist and diplomat, and had experts stumped.

But the team at the School of Mathematics and Statistics in the UNSW Faculty of Science believe they have cracked the code, revealing the Babylonians developed trigonometry 1,500 years earlier than the Greeks, using a sophisticated mathematical method that could very well change the way in which we calculate today.

“Our research reveals that Plimpton 322 describes the shapes of right-angle triangles using a novel kind of trigonometry based on ratios, not angles and circles,” said Dr Daniel Mansfield.

“It is a fascinating mathematical work that demonstrates undoubted genius. The tablet not only contains the world’s oldest trigonometric table; it is also the only completely accurate trigonometric table, because of the very different Babylonian approach to arithmetic and geometry.

“This means it has great relevance for our modern world. Babylonian mathematics may have been out of fashion for more than 3,000 years, but it has possible practical applications in surveying, computer graphics and education.”

Researchers believe the tablet dates back to 1822-1762 BC from the ancient Sumerian city of Larsa, predating Hipparchus’ table of chords by over 1,000 years. It could have been used for surveying fields or making architectural calculations to build palaces, temples or step pyramids.

READ: A young woman’s quest to find her Greek father in Australia

On the Plimpton 322, the 15 rows on the tablet describe a sequence of 15 right-angle triangles, steadily decreasing in inclination. While the left-hand edge of the tablet is broken, researchers believe there were originally six columns and that the tablet was meant to be completed with 38 rows.

Today’s trigonometry uses a base of 10, while the Babylonian mathematics used 60. With 60 an easier number to divide by three, experts have found calculations to be more accurate.

Dr Wildberger says that not only does the discovery open up new possibilities for modern mathematics research, but also for mathematics education.

“With Plimpton 322 we see a simpler, more accurate trigonometry that has clear advantages over our own,” he said.

“A treasure-trove of Babylonian tablets exists, but only a fraction of them have been studied yet. The mathematical world is only waking up to the fact that this ancient but very sophisticated mathematical culture has much to teach us.”

READ NEXT: Swedish ambassador says ‘return of the Parthenon Marbles to Athens is a question of moral principle’