When Neos Kosmos got up close and personal with Giannis Antetokounmpo, the humble Greek In late 2016 I was lucky to see newly-crowned NBA MVP Giannis ‘the Greek Freak’ Antetokounmpo in action up close. When I say up close, I mean up close as my NBA media pass allowed me access to the player’s locker room before and after the game.

The first thing that struck me about Giannis was how long his legs were. He had legs for days, it’s easy to see why most NBA defenders have virtually no chance when Giannis is in full flight and heading to the basket for a dunk or lay-up.

The game I covered was Milwaukee Bucks versus Brooklyn Nets in Brooklyn. It was a surreal experience; former US President Bill Clinton was in the crowd and was involved in a Brooklyn fan’s wedding proposal. The half time entertainment involving local school kids hip hop dancing was epic. But that was a side show, compared to seeing Giannis in action as he Euro stepped his way to the top scorers list and helped his team to a massive win.

At the time he was in his fourth season and his talent was undoubted. He had just been given a four-year, $100 million contract extension with the Bucks and just a few weeks after I saw him destroy the Nets he made the cover of Sports Illustrated. He was just 22 years old then and now at 24 he won the NBA MVP award becoming the first Greek player to do so.

After the game I rushed to the locker room and was one of many reporters who crowded around Giannis. I’ve been reporting on sport for almost ten years in Australia and I’ve never seen such patience and humbleness by an elite athlete when faced with the media. Giannis was uniquely generous with his time spending over half an hour on his feet answering questions from the media throng. Many of those journalists were Greek and what stood out was his love for his country.

One response I can’t forget was a question he answered where he and thanked Greece for its kindness to his family and why it is vital to be kind to immigrants. 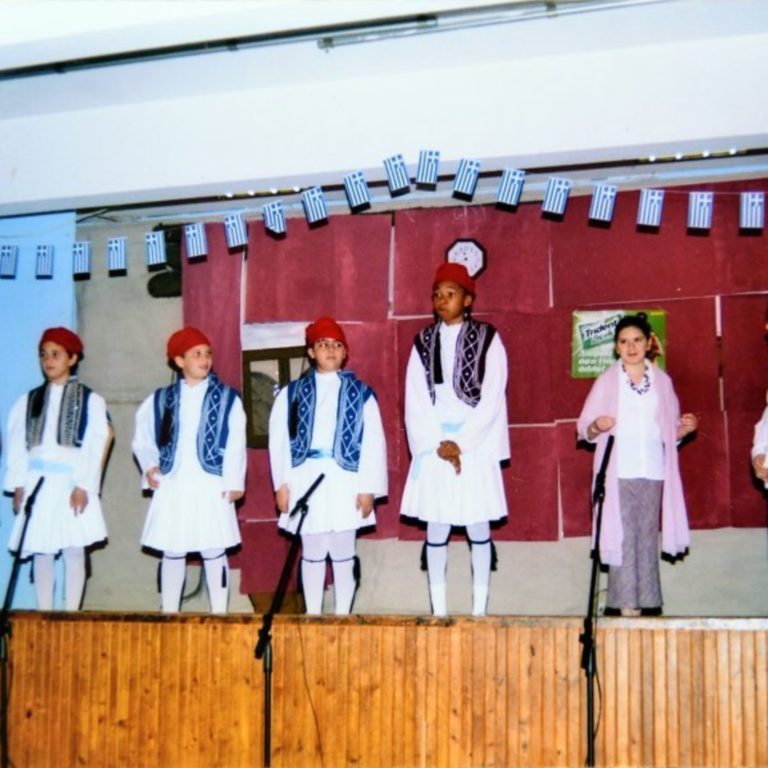 It’s really important. I was an immigrant. I was in Greece. They gave us a chance, and that helped a lot.

“It’s really important. I was an immigrant. I was in Greece,” he said. “They gave us a chance, and that helped a lot. I think what we have to do is not be so negative and judgmental, just be positive and just help around because, at the end of the day, we are people. You know what I mean? And we’ve just got to help one another. Greece is a wonderful country. I grew up in Athens, it’s a great city. Whenever you come to Greece, you have a great time, the islands are great with great weather. For me, that is what I miss the most. It is simply my neighbourhood and the Greek culture. My coaches that I grew up with.”

It’s well documented that when Antetokounmpo’s parents Charles and Veronica emigrated from Nigeria to Greece in 1991 they struggled to make ends meet. It led to Giannis and his older brother Thanasis spending many days walking through the streets of Athens selling watches, sunglasses, toys and video games.

Giannis’ father sadly passed away seven months after I saw him play in Brooklyn. At the time he told reporters how happy he was that his parents supported his career.

It’s well documented that when Antetokounmpo’s parents Charles and Veronica emigrated from Nigeria to Greece in 1991 they struggled to make ends meet.

“I always had my family who looked after me and gave me good advice,” he said at the time. “I believe that that is very important. I don’t believe there was a moment for me when there was a chance I wouldn’t do that which I love. I didn’t start playing basketball for the money or fame. I play basketball because I love it. Even today, I play basketball because I love it. It’s not about fame for me, it might be for other players.”

Many feel that Giannis has the ability to be just as good Kobe, Lebron and Jordan. But to do that he needs to win NBA titles and dominate like he did this season on a regular basis. Time will tell if he will be the GOAT but when it comes to being humble he is certainly the MVP.