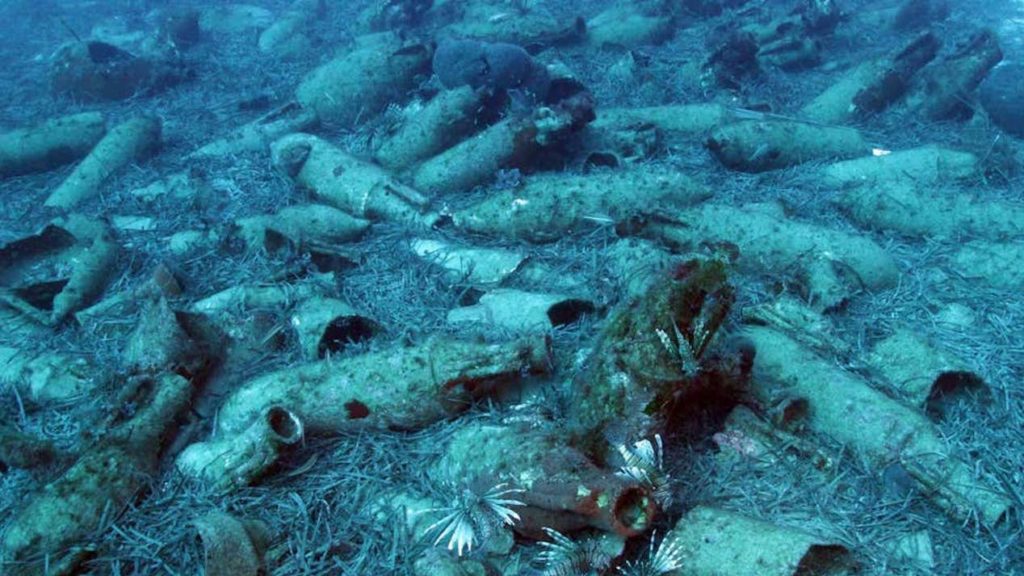 Ancient shipwreck in the sea off Protaras, Cyprus. Photo: Cyprus Dept. of Antiquities/Spyros A. Spyrou

Archaeologists have uncovered a Roman-era shipwreck off the coast of Protaras in Cyprus.

The groundbreaking discovery made by two volunteer divers, Spyros Spyrou and Andreas Kritiotis, was announced on Thursday by Cyprus’ Department of Antiquities.

According to officials, the ship and antiquities found inside the vessel give great insight into historical trade patterns and practices in the region, especially those with Roman provinces, as well as igniting new hope of learning more about Cyprus’ own history and cultural heritage.

“The site is a wreck of a Roman ship, loaded with transport amphorae, most probably from Syria and Cilicia (a Roman province, today located in southeastern Turkey),” the official state revealed.

An amphora is a storage pot with a large body, two handles, circular mouth, and elongated neck. They are known to have generally contained liquids such as wine or food including grains, olives or grapes.

“It is the first undisturbed Roman shipwreck ever found in Cyprus,” the department said.

The team is now working on the documentation and protection of the site in collaboration with Dr Dimitris Skarlatos, Associate Professor in the Department of Civil Engineering and Geoinformatics at Cyprus University of Technology, as well as Eleni Loizides, Conservator at the Department of Antiquities.