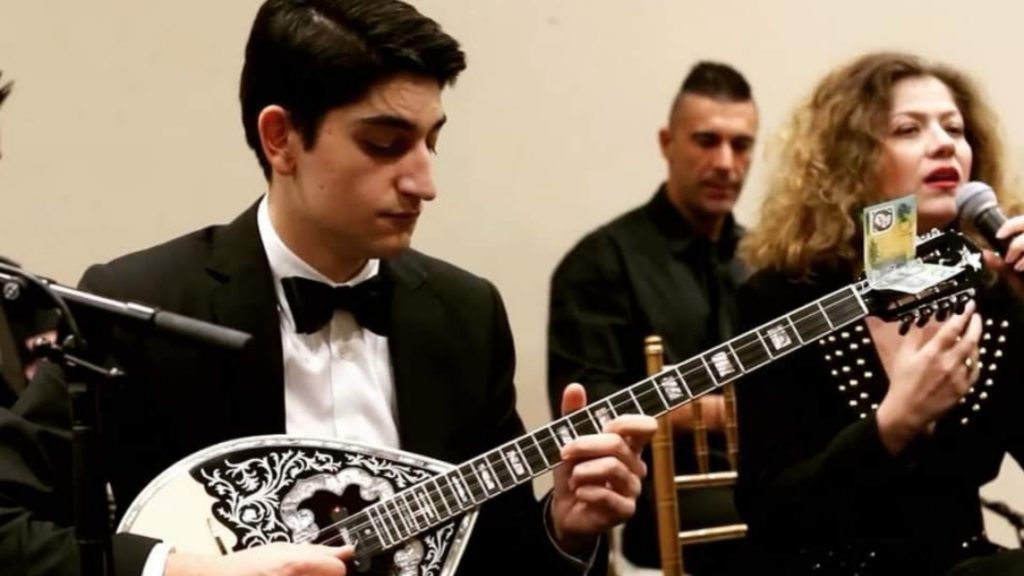 If you were to meet Harrison Giavris, there’s a good chance his bouzouki wouldn’t be too far away.

At 19, Giavris is a rising star in the Greek music scene, having started his journey playing at local cafes to performing Manolis Hiotis’ Perasmenes Mou Agapes on one knee in Melbourne’s biggest night clubs.

Having spent hours learning off teacher Giorgios Spyrou, to going viral on social media after a video of him performing in front of a crowd at the Zappeion in Athens was shared, he describes the emotion the music evokes as “addictive”.

“When it comes to atmosphere you can’t match Greek music, every song we play has a dance to them and it shows what Greek music means to us,” Giavris said.

“That’s what’s addictive about the atmosphere, it brings that adrenaline and you feed off that a lot.
“It’s night and day when Greek music comes on, it goes from sitting down to everyone up and about tearing the house down.
“That’s what Greek music does, you can start playing somewhere and it won’t take long for people to get on to it.”

Within four years of picking up the instrument for the first time, he has performed alongside Doukissa Filippou, Dimitris Basis and has even started a partnership alongside good mate Nick Sofos.

It is with Sofos, 20, who he performed alongside at the recent Kosmos underage event at Alumbra night club.

Unsure as to how the young crowd would react, Giavris says the response blew him away.

“As I started playing the crowds lost their minds and because it was an underage event it took a massive weight off my shoulders to see all these kids loving Greek music,” he said.

“When I played the first three notes of Genethlia all these people started jumping on the podium, it’s just an iconic sound which resonates with everyone.
“The zeibekiko is my favourite; that part of the night completely changes – when the lights go down and the bouzouki starts the atmosphere takes a different turn and you’ve got people up and its emotional.
“It’s happiness, sadness, nostalgia, missing someone, even anger sometimes when you see tables flipped and plates.”

Giavris’ transition to the bouzouki was a swift one after 10 years on the guitar – a move he has not looked back from.

In addition to starting his own business to increase performance opportunities, Giavris aspires to motivate others to use music as a means of connecting with Greek culture.

“Greek music is important in embracing the culture, learning the dances and the language because when you sing along believe it or not, you’re speaking Greek,” he said.

“I know our generation hated Greek school but embracing all of that helps you mix, especially with your grandparents, in a way we hadn’t before.”