Peter Kostopoulos has his sights set on the World Championships in Chile this October. But talent alone may not be enough to get him there 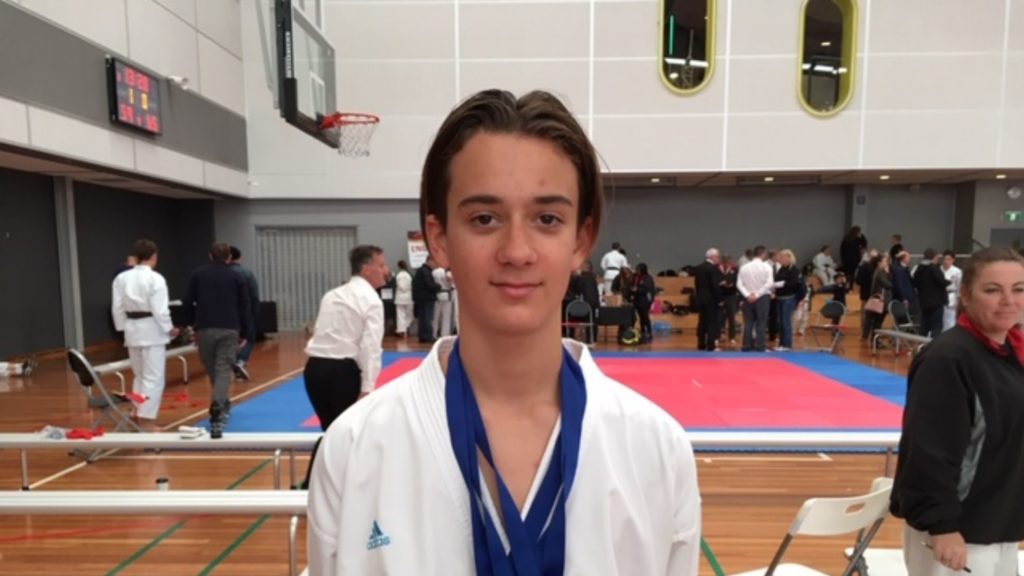 He took his first steps onto the tatami mat when he was just five years old, practising his mawashi geri (round house kick) – he was in his element.

Over the years he kept up his training and started to compete in local tournaments to gain experience and improve on his skills.

This would only be the beginning of Peter’s many great achievements, as he has since become a regular in the State and National Competitions, with his name more often than not showing up in the final rounds.

But it was in 2017 when his career really took off, winning gold in all but one of the Victorian and two National competitions.

In 2018 his pursuit of karate took him abroad. As an official member of the Australian National Karate Team he competed in a number of tournaments internationally, including the Oceania Championships in Auckland, New Zealand where he placed second.

Currently ranked number one in the male cadets division in Australia, and seventh internationally, Peter now has his sights on the World Championships in Santiago, Chile being held in October.

RELATED ARTICLE: Karate’s popularity on the rise among Greek Australians

But if he is to get there, he will need help.

Peter’s parents claim that while it has been an incredible joy to watch their son’s steady progress into becoming the best athlete of his age group in Australia, it hasn’t been without its challenges, especially when it comes to financially supporting him to follow his dreams. His success has meant constant travel, accommodation, equipment and a host of other needs, all costs that have fallen on the family alone.

It’s true that karate is a difficult career path to fund. The sport only receives State and Federal funding for athletes of the highest level in the men’s and women’s division, and that’s provided that stringent conditions are met, and even then the amount is minuscule compared to the support other sports receive.

To help their son carry on with his dream of becoming a World Champion, Peter’s father Ilias Kostopoulos is putting out an open invitation to anyone who would like to discuss a sponsorship opportunity.

“The financial support would help enormously and will be greatly appreciated,” Mr Kostopoulos told Neos Kosmos.

Those who would like to know more about how to help Peter Kostopoulos make it to the World Championships can contact alex@neoskosmos.com.au