Tantalus Games, one of the few game developers in the country, have managed to establish themselves and are now widely considered as one of the key manufacturers within their field 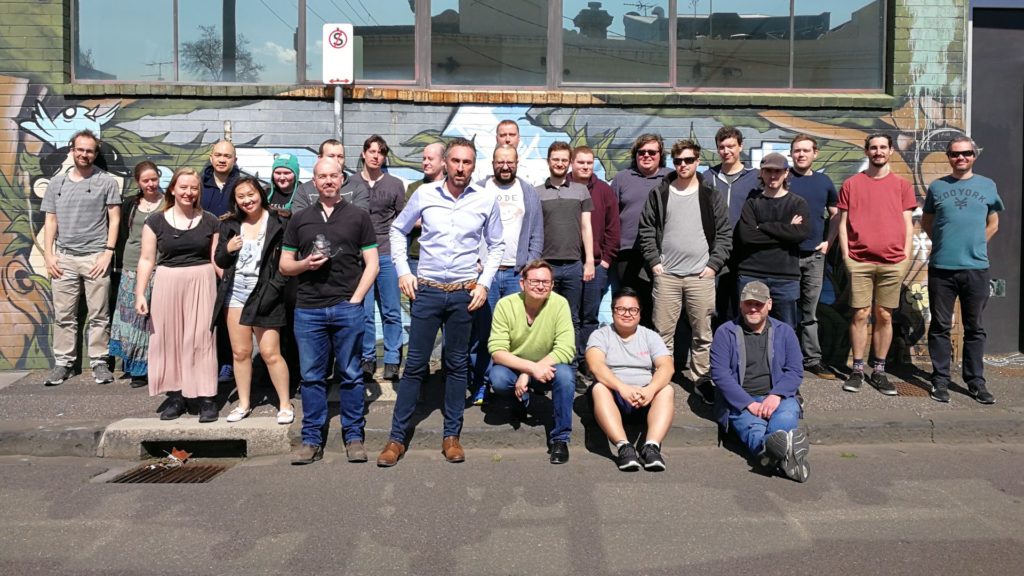 Tom Crago and the team of Tantalus Games outside their offices in Fitzroy. Photo: supplied

Video game development has begun to make strides in Australia with many people looking to the industry in a professional capacity. Though the first few gamer developers received poor reception, they paved the way for others who hoped to establish themselves in the field. Today there are several companies that have withstood the test of time and are actually developing and publishing their own titles. Among them, Greek Australian company Tantalus is one of the most noteworthy. Among the high-profile games they have been responsible for developing and republishing are The Legend Of Zelda: Twilight Princess and Sonic Mania – and that’s just the tip of the iceberg.

Tantalus CEO Tom Crago spoke to Neos Kosmos about his vision for the company, his views for the future of the industry and touched upon social issues, such as whether video games can be blamed for the violence in today’s society.

What is it that you do? You’ve worked on a lot of popular video games, including Sonic Mania and Age Of Empires II but you’re not exactly the developers.

We are absolutely developers! Our team comprises programmers, artists, designers and producers, all based in our studio here in Fitzroy. It’s true that a lot of our work is conversions or adaptations, meaning we take an old game and modernise it, or bring games from one platform to another. We also develop original titles though. In fact we just released an original game for PlayStation VR called Jupiter & Mars. We’re always working on original concepts and have released many games over the years that we have either owned, or where have invented the intellectual property.

How was it that you were able to expand to such a point where you can now work with such big names in the industry such as Microsoft or SEGA bearing in mind that Australia isn’t really well known for its video game development companies?

We actually do pretty well here in Australia, and have a global reputation as a game development hub. We have been making games, especially here in Melbourne, since the very early days of the industry. We’re a long way away from the rest of the world over here though, so we need to be significantly better than our competition in say Los Angeles or Tokyo. We’ve grown our reputation at Tantalus by over-delivering. We also turn 25 this year, and being in the gaming for so long is a great asset.

READ MORE: Exploring and documenting our history as Greek Australians

What inspired you to give your company the Greek name Tantalus?

There are a few different versions to this story, and it’s important to begin by saying that I didn’t start Tantalus personally. That honour fell on Andrew Bailey, Trevor Nuridin and Arthur Kakouris, a Greek Australian who sadly passed away several years ago. The name came either from Tantalus, the son of Zeus in Greek mythology, or from a very specific kind of liquor cabinet, known as a Tantalus. Andrew was into both Greek mythology and whisky, and he came up with the name. I believe it was more because he liked the word ‘tantalise,’ and its connotations.

There have been some recent statements from high political figures regarding the connection between video games and violence. Having worked in the industry for so long, do you feel there’s any truth behind those words?

It’s possible to spend too much time playing video games, just like it’s possible to spend too much time watching TV. But there’s no evidence to suggest that playing games makes people violent. Video games are an easy target, where really our attention should be directed elsewhere. Rates of video game play in America are no higher than in other developed countries, and yet of course deaths from gun violence are far greater there than elsewhere. It’s not the video games that are killing people.