Why are dangerous Australian magpies so different to their docile European counterparts? What’s the most dangerous Australian animal? Your mind may wander to deadly funnel web spiders enjoying the moistness inside your shoe, crocodiles lurking by the river, rattlesnakes and the like… but, when we first arrived to Australia, our family was terrorised by Sebastian, who also went by the neighbourhood name of ‘Brae Street bomber’.

At first, he’d glare, before plucking up the courage to swoop down on us, seeking our unprotected flesh and incredulous eyes.

Sebastian surprised newcomers to our neighbourhood as he was clearly not the happy heralder of Spring that we had come to expect Greek magpies to be. In fact, testosterone-pumped Hitcockian Sebastian was different to his docile European counterparts that would gently pick our red and white ‘martia’ (March) bracelets left for them on rose bushes. But these were the traditions of another land, where Spring was in Autumn.

In an upside down world, there are signs pinned to lampposts warning pedestrians that they’re in magpie nesting areas, bike riders wear twigs on their helmets, students change their routes to escape these magpie stalkers that follow them from cable to cable and people check out www.magpiealert.com with the same nonchalance that Greek yachtsmen check out wind velocity before taking off on an Aegean voyage.

Fiercely territorial, the magpies of Australia view passers-by as intruders posing a danger to their nesting trees. They swoop to protect their young, and noting success when doing so, they feel a sense of achievement and become more and more aggressive as the next perceived intruders come along. Or so says Wikipedia, which also claims that the Australian swooping magpie is also a native to southern New Guinea and has been introduced into New Zealand, the Solomon Islands, and Fiji, where people are also attacked.

READ MORE: The state of wildlife and the environment in 2018 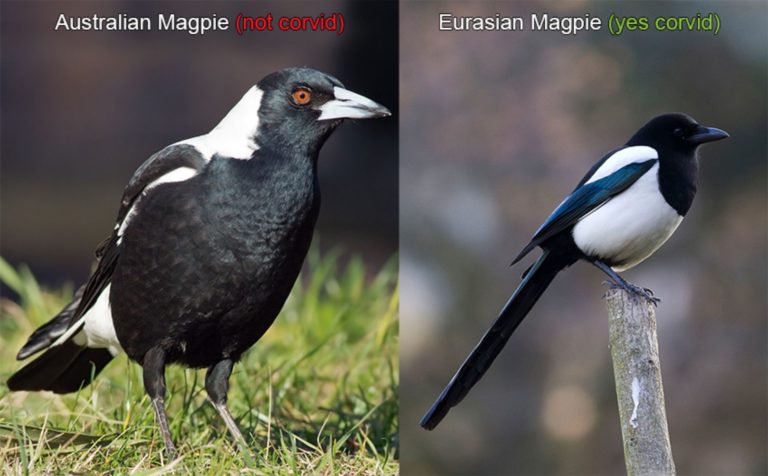 Magpies are found across Australia, but most states will have their own sub-species with its own unique plumage patterns. Strangely enough, the Tasmanian magpies do not swoop even though there are no clear physical differences between them and their mainland cousins. Ornithologists suspect there may be a slightly different genetic make-up, though fundamentally they the same type as the other Australian magpies.

The Australian magpies are known by the scientific name of oscine passerines. Evolution of different songbirds began 34 million years ago, and sped up 5 million years ago to coincide with the island formation of in present-day Indonesia which provided the first dispersal corridor out of Australia.

This lead to the evolution of songbirds throughout Asia and the rest of the globe. European ornithologists first assigned the name magpie to European birds that were more closely related to crows, and Australian magpies were later named largely on the basis of their black and white plumage that was similar to that of the Eurasian pica pica magpie.

Australians love them despite the injuries they cause and even name their sports teams after them (Collingwood Football Club, Brisbane’s Souths Logan Magpies, Sydney’s Western Suburbs Magpies etc).

While Sebastian was terrorising my daughters on Brae Street, the magpie was voted the Guardian Australia’s Bird of the Year in 2017, surpassing in popularity even the kookaburra and gaining accolades and respect for its brash, cocky attitude that, in itself, is not unlike the Aussie psyche.

Do you have a photo of a dangerous magpie in your area or an interesting magpie tale? We’d like to hear it. Send your stories and photographs to mary@neoskosmos.com.au