Artist Elena Papanikolakis on breaking the mould, and pursuing her passion A photograph, words in a book, a scene in a film, or a conversation with the perfect stranger all have the potential to inform, and weave themselves into the work of Elena Papanikolakis.

The Sydney-based artist’s practice encompasses everything from painting, collage, text, photography, and drawing, with the final result often a new amalgamation of her life’s memories, and things she holds dear.

Her most recent paintings, currently on show in her debut solo exhibition Then, closer at ReadingRoom in Melbourne, set out to reconcile grand cultural narratives with contemporary migrant experience.

Elena’s own parents were migrants, her late father hailing from Chios, Greece and her mother from Cyprus.

She was born in Cootamundra, regional NSW, and raised in Canberra in a working class household, spending her spare time along with her siblings working in their parents’ fish and chip shop. And though there was a small Greek community, Elena says she often felt like an outsider.

“My perspective growing up was, probably like a lot of kids, wanting to fit in. You just definitely notice your differences, whether it’s how you look, your name, not being included in things because you’re a different religion. Like Easter, at the different times, fasting, all that stuff no-one else was doing,” she recalls.

It wasn’t until the artist moved to Sydney five-and-a-half years ago, that she finally didn’t feel like an anomaly.

“Coming to Sydney, it was the first time that someone saw my name and actually said ‘You must be Greek’, obviously having that very basic knowledge of being able to identify what a Greek name looks like,” she says. “I’ve also met so many Greek artists in Sydney. It was just harder to access those alternative models of Greekness … beyond the stereotypical thing.” 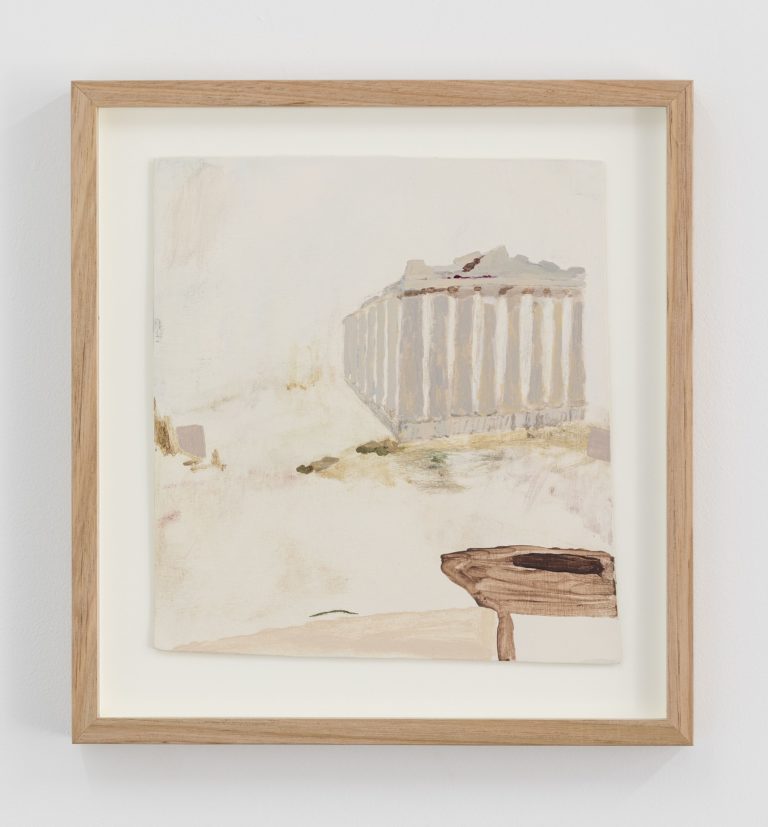 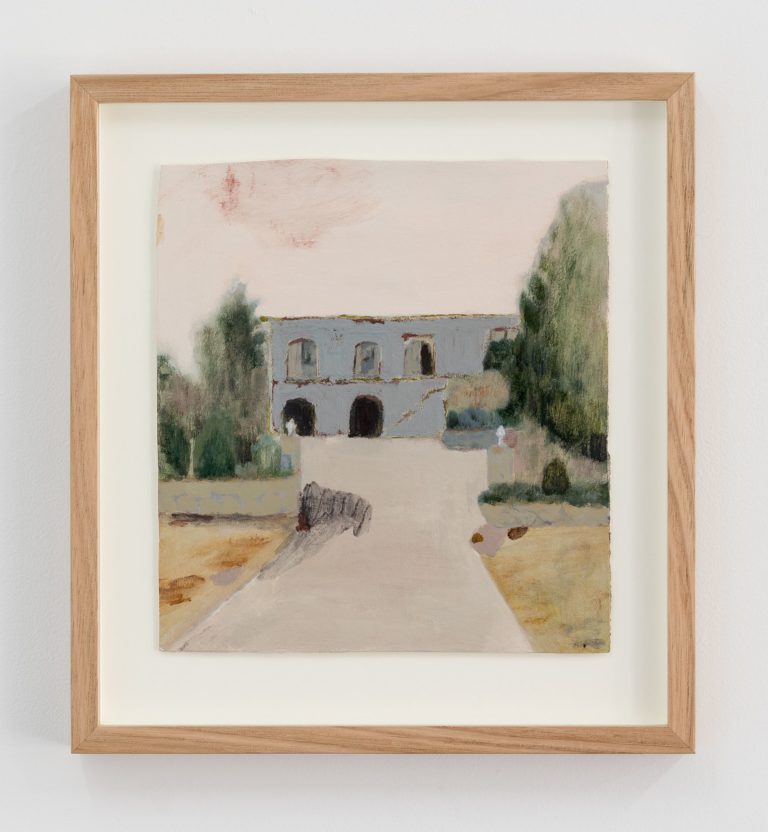 Despite being creative from a young age – like most children she points out – when she found herself gravitating towards a career in the arts after enrolling in a Bachelor of Psychology, the pursuit came as a surprise.

“A lot of immigrant parents, they worked so hard; you go to uni to basically follow a profession that will get you a job. There was probably a bit of confusion initially, maybe it came out of left field a little bit … it wasn’t something that they would have thought I would pursue,” she says. “So we kind of came to an agreement that I could follow that path as long as I had the back up, which was meant to be psychology, which I didn’t end up completing. But by that stage everyone had gotten used to the idea and they saw I wasn’t on the streets starving or anything.” And far from it in fact.

Since graduating from art school, Elena received the Ursula Hoff Institute Award for Postgraduate excellence in Visual Art and Music and has had her work curated into numerous exhibitions. “A true highlight” thus far has been a three-month residency at Cité Internationale des Arts in Paris, for which she was awarded a scholarship. While abroad, she also discovered she was being curated into the Museum of Contemporary Art Australia’s annual show ‘Primavera’, showcasing emerging artists under 35.

“It was a really big deal for me to be included in that, and luckily I was over there, I had all the time in the world to devote to making new work and I was just absorbing everything. It was a really wonderful and fruitful time and I’d love to go back.” 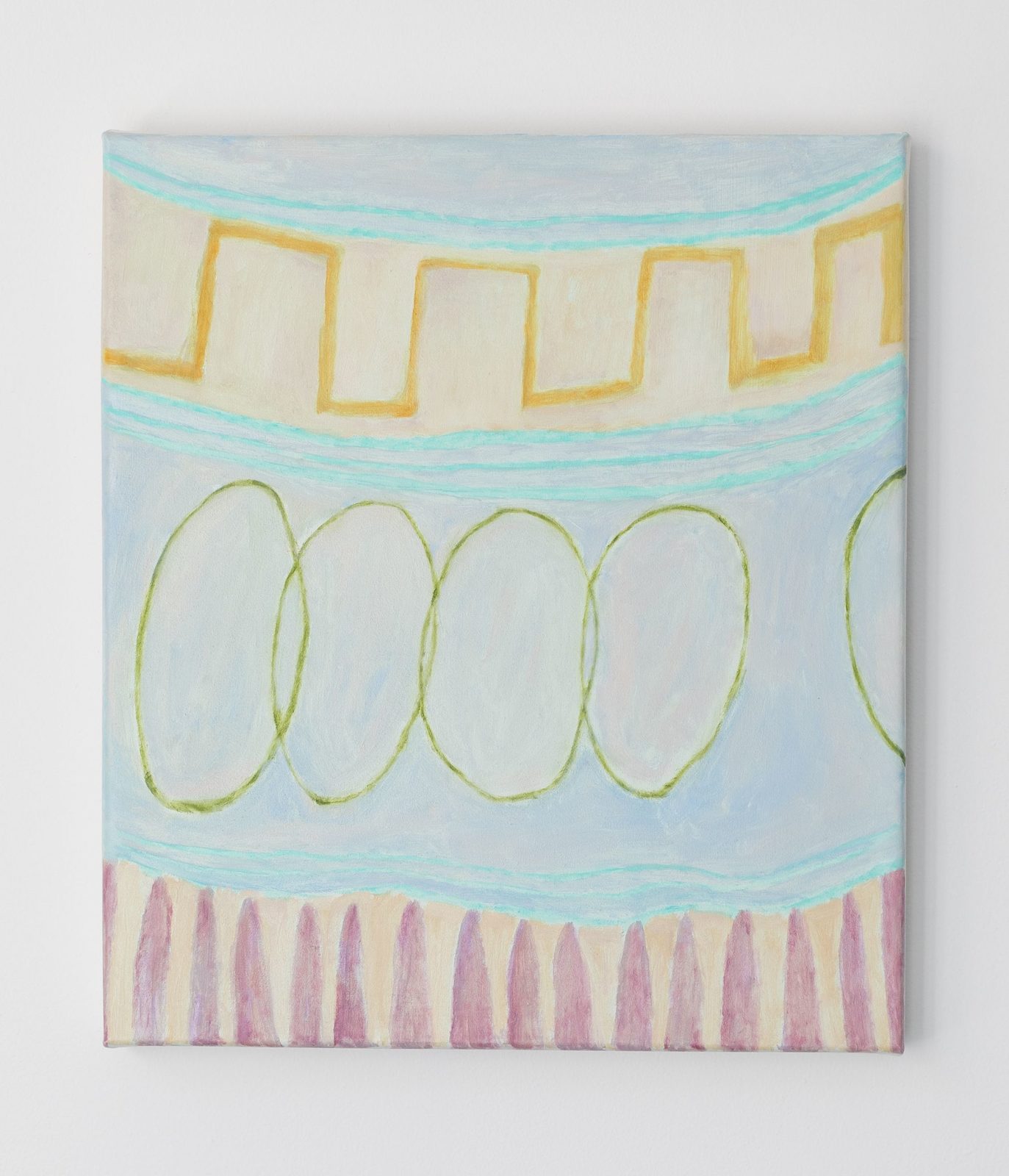 Elena Papanikolakis, Shapes and Character, Then, closer. Courtesy the artist and ReadingRoom, Melbourne 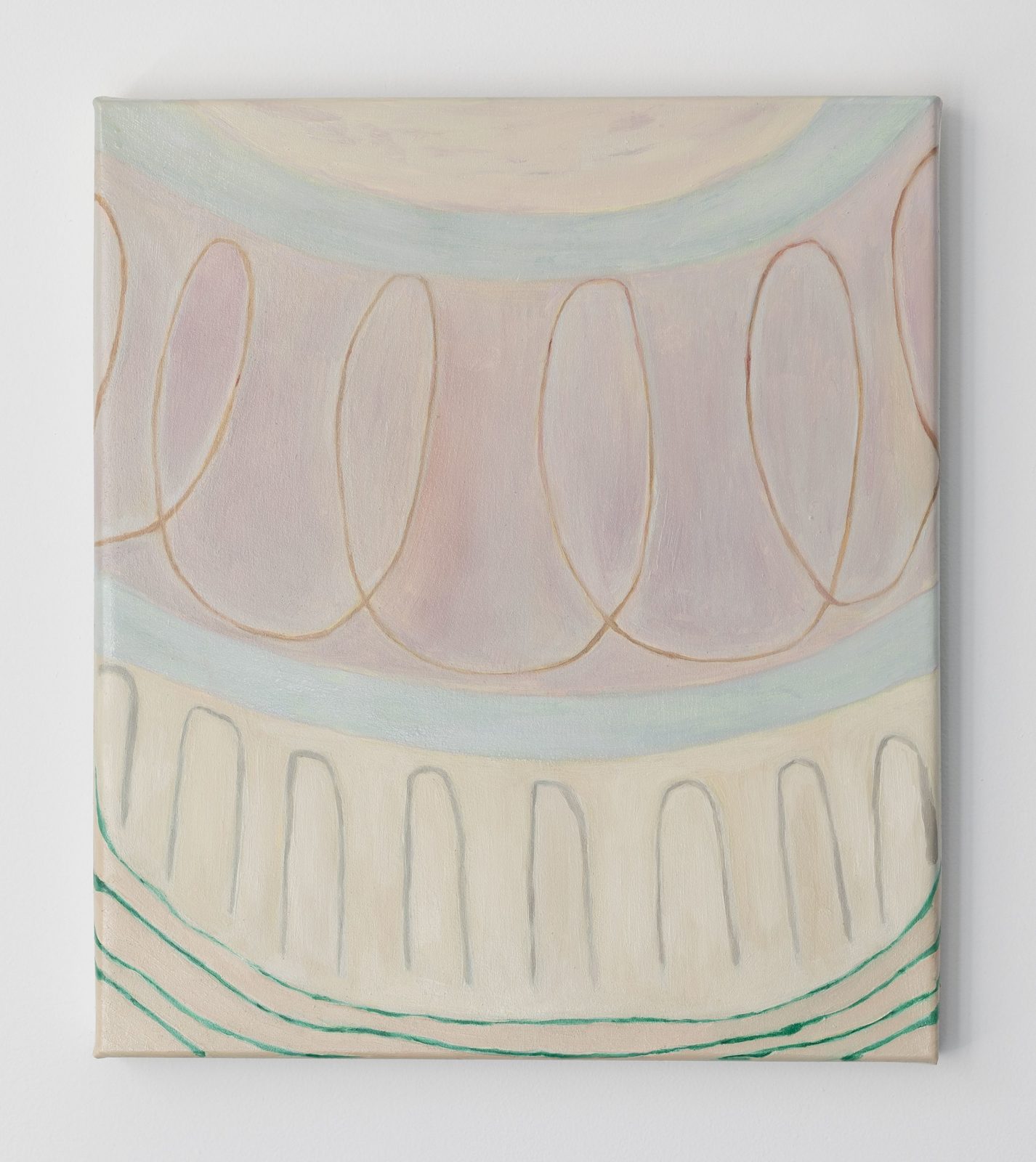 Elena’s current exhibition Then, closer draws to a close this weekend, and the reception has been overwhelmingly positive – a good feeling, having been a couple of years in the making.

“Sometimes you sort of just have to let the making lead, and sometimes it’s not very clear which direction you might go in; maybe you’re working on a few things at once and then it becomes a lot clearer, which I think is what happened here,” she explains.

Meanwhile when it comes to the meaning in her work, Elena says she likes to let the work fulfil its purpose as a visual communicator.

“If you are literally explaining everything to the point where you’ve got an essay on the side of your art, the question is, does the work need to exist? Also I think it’s just giving the audience credit sometimes that they can understand things even if they don’t feel like they do; there’s other things at play and maybe they just need to give it time and attention and get a sense of something, and that’s enough.”

Currently the artist is enjoying studio time without a deadline for the first time all year, and is excited to develop new work, take some risks and see where it takes her.

Looking back, Elena’s life has changed remarkably since her days spent in the fish and chip shop, but the experience working alongside her parents carries lessons that have proven invaluable to this day.

“Honestly, I think that background of working from a young age in the shop; it sort of did give me the best groundwork for being an artist in some ways; just working hard, and riding the highs and the lows.”

‘Then, closer’ is be exhibited at the ReadingRoom (37 Swanston St, The Nicholas Building, Melbourne, VIC) until Saturday 5 October, 2019. For more information, visit http://www.areadingroom.com/