Delphi Bank’s 26th Greek Film Festival is (almost) over, and Melbourne co-organiser remembers blasts from the past For Delphi Bank 26th Greek Film Festival (GFF) co-chairman Leonidas Vlahakis, this year’s GFF was one of the best in his 19-year tenure as an organiser of the event – and as an audience member before that.

“Public demand has been amazing,” Mr Vlahakis tells Neos Kosmos, so much so that extra screenings have been added in Sydney and Melbourne. “Most of the films exceeded our expectations. We sold 1,500 more tickets to last year, and part of the reason was because of the strong content.”

He attributes the success to the films themselves – a good crop that resonated well with Greek Australian audiences wishing to keep in touch with the social issues concerning the country of their ancestors. For film buffs, the festival is a way to follow the latest trends in the Greek film industry.

The productions are telling of the times. “If you look at the ’70s and maybe the ’80s, you’ll see that films were quite prolific,” Mr Vlahakis says. “And then something dries up and they no longer produce as many. We no longer have 150 films to choose from. We might have 20 or 30.”

He remembers the evolution of the industry, even in the last few years of his involvement in the festival. “When I started there were more comedies, but the fact of the matter is that Greece has gone through a lot and filmmakers are nowadays using the crisis as a story or background for their creations. They’re a bit gritty, a bit edgy, some are angry.”

These films are usually made using a shoe-string budget. “I remember one year when Eleni Berte, one of the instigators of the Film Festival in Athens, came along,” he says. “She came out four years ago and said that the difference between the Greek and Australian film industry is that the Greek Film Centre has one and a half million dollars of funding per year, whereas she saw a clip featured at the Australian Grand Finals which looked as though it cost the allocated Greek film budget in just thirty seconds.”

Mr Vlahakis doesn’t believe a budget really matters as much as talent and a good story. “I still remember Constantinos Giannaris’ One Day in August (Dekapentavgoustos, 2001),” he says. “It was one of the really good movies, a Greek-Albanian production which you could see was not that expensive. But it was a very heartening film.  You see, Greeks have a story-telling strain running through their DNA for the last three millenia. We know how to tell a story.”

Sometimes, we add a bit of sauciness and spice, and that’s where the selection process gets a little tricky.  “I make sure I view all of them, but they don’t necessarily reflect what I would watch,” Mr Vlahakis says. “The main aim is to consider if people would appreciate them. Some are confronting so we have a chat as a board to see which should be shown.”

Of course, the festival has never shied from controversy, provided it is for the sake of art and not mere shock value. “When we screened Mavro Livadi (Black Field, 2009) a few years ago, we had mixed reactions to the film because it had some content that was out there,” he says of the work about a wounded Janissary in 1654 who falls in love with a nun.

READ MORE: Greek Film Festival set to close this weekend with a blast of laughter as The Taverna is screened

“Half a dozen people said it was a wonderful well-shot film, but another half a dozen said it was too risque. My response is that this is what a film festival is about. It’s about going there and not really knowing what to expect.

“I remember a film years ago, Spirtokouto (Matchbox, 2002), which I loved because it was in your face,” Mr Vlahakis says. “It was a bit brutal without a happy ending but we stayed until the end and were glad we came.”

One of the all-time favourites was Pantelis Voulgaris’ Brides (2004). “The film was a huge success, because number one, it had Hollywood backing, and number two, viewers could relate to the story because they either came out on a ship as a bride themselves or had parents who met in this way,” he says. “We also did a Voulgaris’ retrospective and he came down and was an absolute gentleman and Victoria Haralambidou also came.”

He has a hunch that in years, audiences will be talking in the same way about this Alkinoos Tsilimidos’ The Taverna. “Most of the cast were there and they were overwhelmed by the reaction,” he says.

He guesstimates that around 10-20 per cent of the audience members are non-Greeks either because they are friends of Greeks headed to the festival who want to immerse themselves in Greek culture or because they are eclectic in their tastes and head to the Palace Cinema Como in the hope of a film experience that veers away from the mainstream.

“The cinema has members that are discerning,” Mr Vlahakis says, adding that the festival was initially held at the State Film Centre and catered to a “niche” market. The management of Palace Cinema Como approached the organisers. “Kim Petalas’ dad, who was the national programming manager for the Palace approached us in 2000. He said, ‘We host Spaniards, Germans and Italians, so why don’t you come to the Como and see if we can broaden it’s a peal. It was the best thing we did.”

This opened the festival to a wider audience and the Greek festival’s organisers haven’t looked back, says Mr Vlahakis – except of course to remember the amazing films – a creative bridge between Greece and the diaspora.

ENJOY PHOTOS FROM THE EVENT: 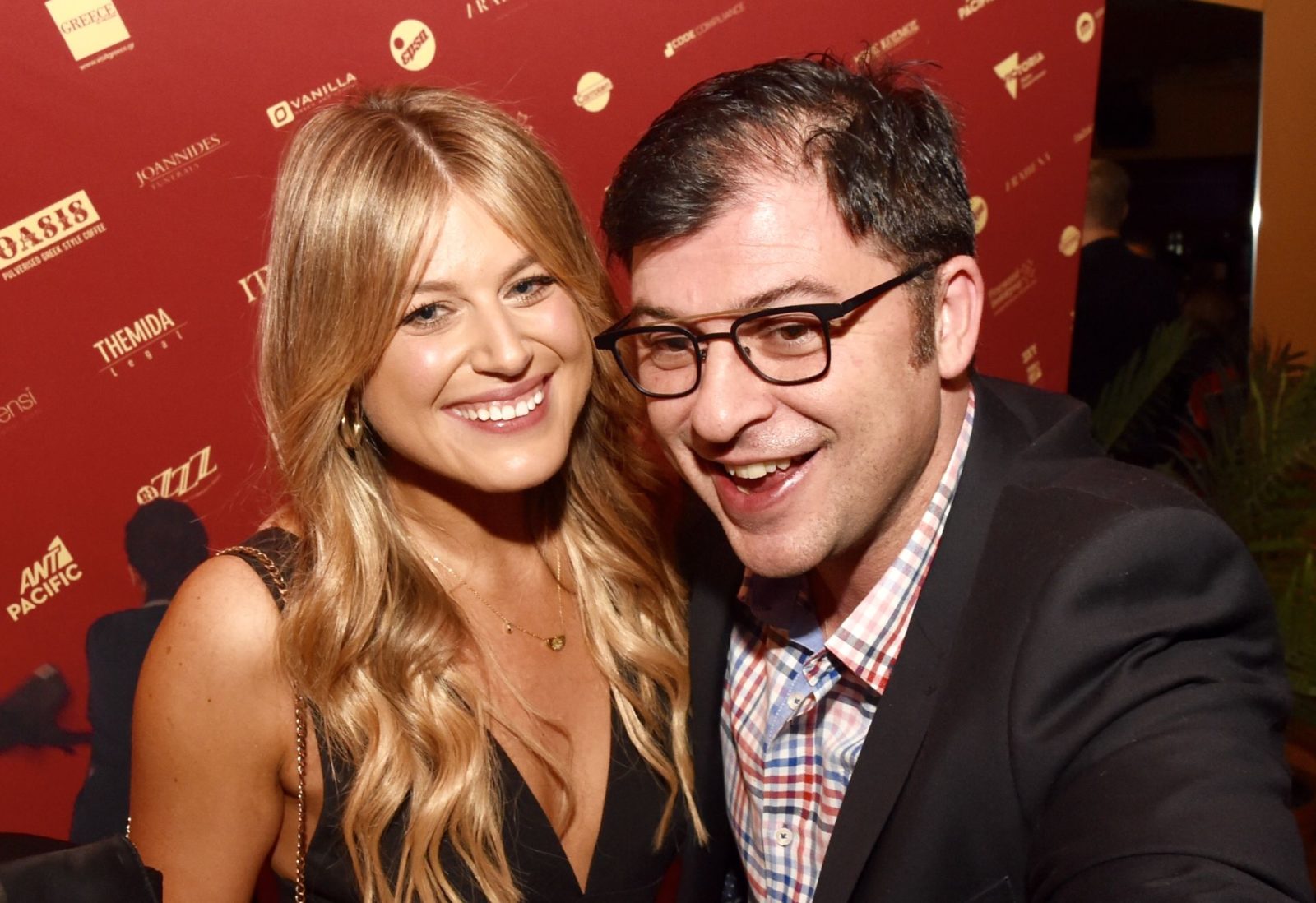 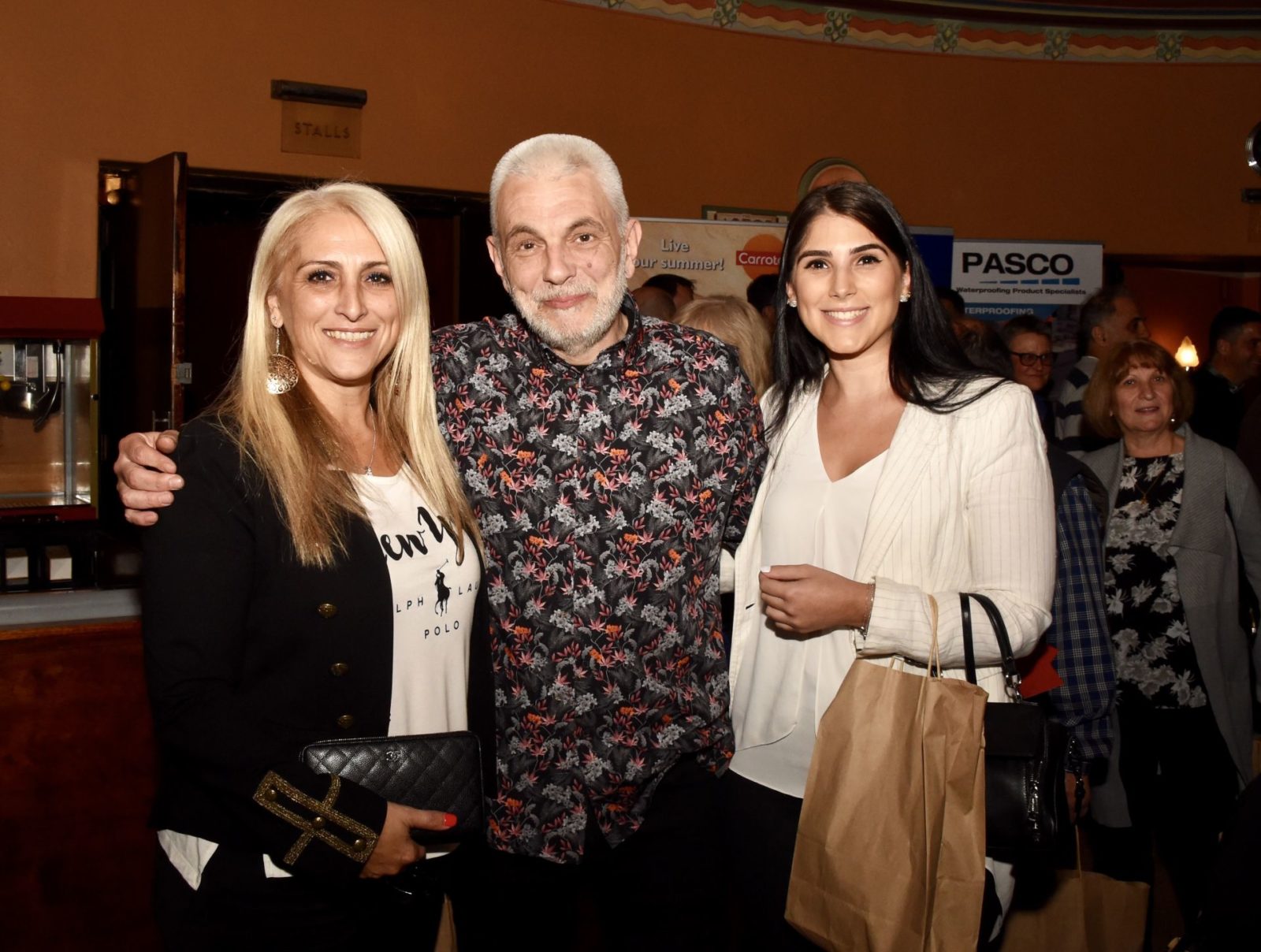