The olive tree: a timeless symbol of the Greek world Over 250 people turned out for the theatre production staged by Zenon Greek Language School at South Oakleigh College on Friday, 22 November.

The students, dressed in classical Greek-inspired costumes, gave a spectacular performance that thrilled the audience and evoked plenty of emotion.

The play, presented in four scenes, depicted the olive tree as a symbol of Greece throughout the centuries as a land of light and creation.

READ: New play ‘The Audition’ explores what it’s like to eternally be the ‘other’ 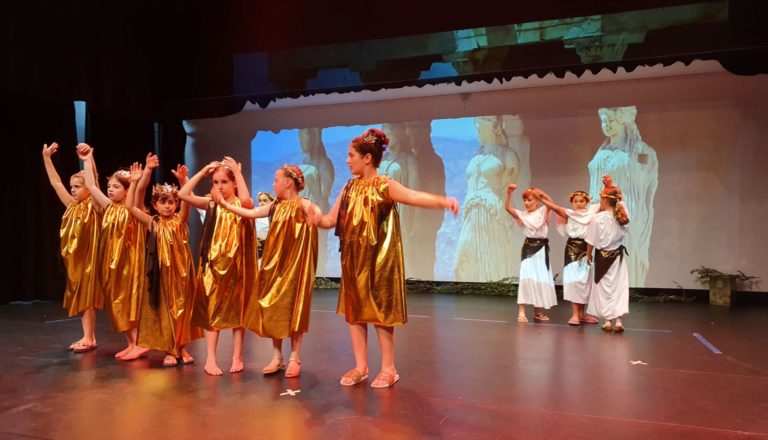 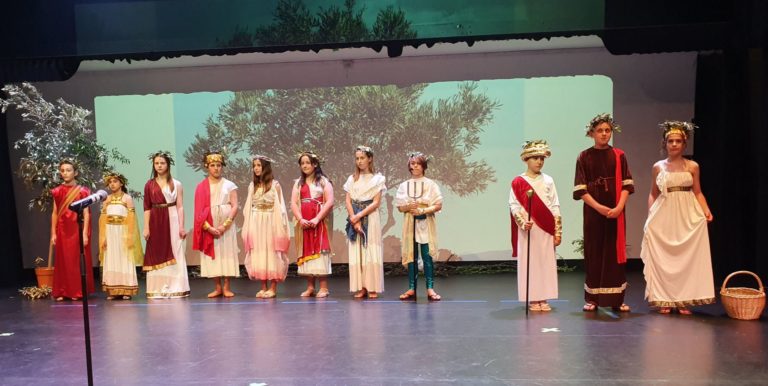 Spectators was transported to ancient times, from Athens through to Olympia, where the athletes were crowned with olive wreaths. They then followed the footsteps of Theseus who arrived in Crete to kill Minotaur, and on to the years of migration and the experiences of the first Greeks who arrived in Australia for a better future. Brides held an olive branch in their hand, as they met their future fiances and spouses at the port of Melbourne.

Many feelings were evoked, with the audience admiring the children on stage for their talent, confidence, musical abilities and the impressive level of language they employed throughout the play.