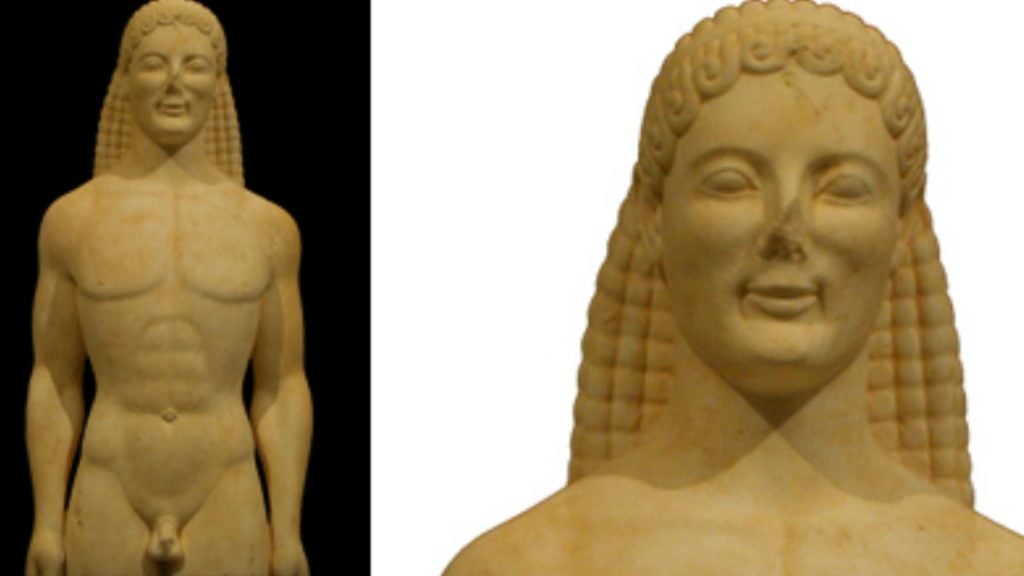 A picture of Kouros, a stylised statue of a male from 6th Century BC. Photo: Dorli Burge/WikiCommons

A 49-year-old man has been arrested in Nemea, southern Greece, after he tried to sell the head of a kouros, a 6th Century statue of a male, for 500,000 euro.
The Attica Security Police’s division of cultural heritage and antiquities said the larger-than-life head that recovered was 40cm high and that part of the neck remained.

According to archaeologists, the head was made of limestone and was probably  the work of an ancient rural workshop.

Official sources reported that the man had hidden the head among a pile of rocks on a farm road while he tried to sell the head. He was entrapped and arrested by authorities for the illegal possession of the head.

The Greek Ministry of Culture confirmed that the artefact fell under laws aimed at the protection of the country’s antiquities.

The man appeared before a prosecutor in Corinth on Tuesday.