Insurance companies will cover the costs to clients affected by bushfires 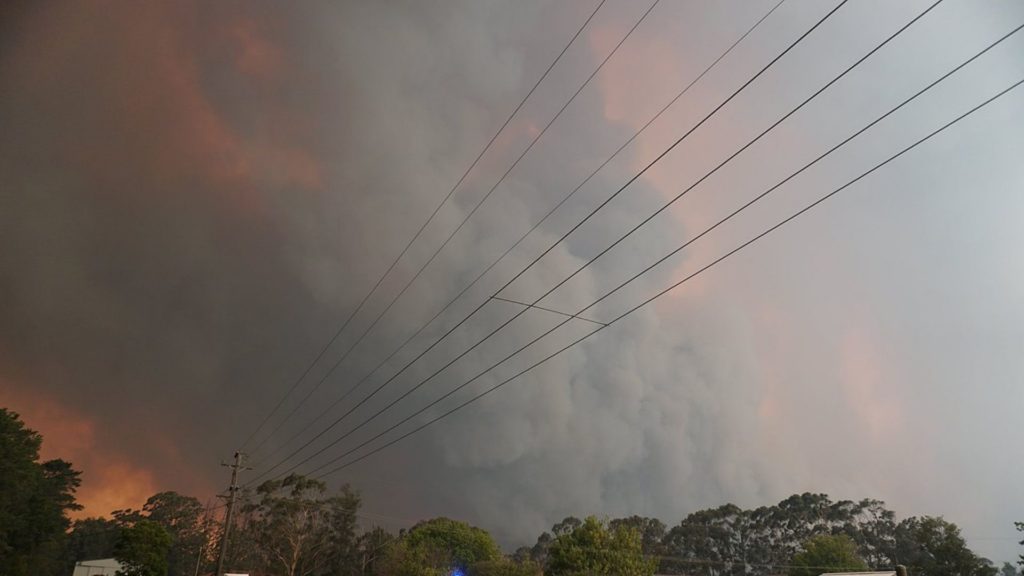 Fire and Rescue NSW firefighters move into Braddocks Road at Werombi to protect properties from the out of control Green Wattle Creek bushfire in South West Sydney on December 6, 2019. Photo: WikiCommons/Helitak430

Insurance companies will be paying out clients affected by the bushfires in New South Wales, Victoria, South Australia but there is little doubt that premiums will increase, says broker Nik Kanellakos, a director of ADK Insurance Brokers in Melbourne.

“I can’t give you a figure, but the premiums will increase. That will be decided by the insurers themselves in due course,” said Mr Kanellakos.

“At the moment we are in a hard cycle where the premiums have increased substantially, however, as a result of the fires, I would believe they may stay high for a few more years before we see them go down again. It is about every five or six years that we see the market go up and then it makes its way down.

“This is also the result of new insurers/players coming into the market and the local insurers looking for more market share,” he said.

Mr Kanellakos said that there had been doubts whether insurers would pay out following the Queensland floods of 2010-11 but they did and it would be the same for the bushfire crisis.

This is backed by industry analysts such as S&P Global Ratings who said in a statement that: “In our view, loss estimates are likely to be at the higher end of initial estimates… That’s because we believe insurers will be sympathetic and pragmatic in their assessment of claims, given the magnitude of events and the heightened focus on governance and behavior in the banking and insurance sectors since the royal commission.”

“We see the bushfire claims, along with the recent hailstorm claims, as likely to exceed insurers’ usual natural peril allowances, leading to some moderation in profitability,” S&P said.

As of January 8, the Insurance Council of Australia said that there were 8985 claims worth $700 million but that this figure was likely to double.

The Insurance Council of Australia’s Head of Communications, Campbell Fuller, told Neos Kosmos that 70 percent of claims came from New South Wales, 20 percent from Victoria, 7 percent from South Australia and 3 percent from Queensland.
Mr Fuller said the figures that four out of five of those affected by the bushfires in New South Wales were under-insured were not final and were based on surveys. There were a range of factors that had led to the high levels of under-insurance.

One of the main reasons, he said, was that homeowners would carry out upgrades without informing insurers or they would decide to reduce their cover. Often homeowners would guess how much cover they would need rather than use online calculators that were provided by insurance companies.

Another major problem was the high stamp duty on premiums to pay for emergency services which was particularly high in New South Wales and added to the expense of insuring property there.
“If these charges were deleted from the Insurance policies more clients would look to obtaining more cover alleviating the under insurance issue,”said Mr Kanellakos.

Mr Fuller said insurance companies were focused on getting to their clients and meeting with their needs in the current crisis.

ICA CEO Rob Whelan said on Monday that: “Emergency response teams are helping customers process claims and access emergency assistance in dozens of local communities. This past weekend alone more than 60 staff attended the evacuation centre in Melbourne to talk to evacuees about their needs.”

“Insurers have booked hundreds of hotel and motel rooms and are providing emergency accommodation and financial assistance to many customers.

“And assessors have been mobilised from all over Australia and New Zealand to help examine properties in fire-affected regions as soon as it’s safe to enter them.

Mr Whelan said: “Due to the large number of disasters that Australia has experienced over recent years, insurers have developed extensive expertise in helping communities recover from natural disasters. All claims are being prioritised.”

Meanwhile, Treasurer Josh Frydenberg announced that the federal government had allocated $2 billion for the new National Bushfire Recovery Agency would be on top of “the existing disaster recovery payments and allowances which have so far seen more than $100 million worth of assistance flowing through to families, small businesses and farmers.”