Would you take a leap of faith, jump on an airplane and fly to Greece alone? Melissa Douglas, a British travel writer and blogger, did and she shared the experience with Neos Kosmos.

Breathtaking landscapes, sun, beaches, mouthwatering food, history and culture. Greece is undoubtedly a well known tourist destination. But is it a destination of choice for female solo travellers?

How popular is solo female travel?

Solo travel is becoming increasingly popular and it’s not a daunting concept anymore. According to a global survey conducted by Klook, a travel booking platform, in recent years, more people have embraced solo travel to satisfy a desire for alone time or to see more of the world without having to wait for others.

“I’ve been travelling alone for ten years. I was always interested in unusual places that other people either didn’t want to go to or had other responsibilities. Then I started enjoying travelling by myself,” said British travel writer and blogger, Melissa Douglas.

READ MORE: Top places to eat and drink in Greece this summer and how to make the most of your budget to maximise your travel experience

However, Melissa is not the only one. In recent studies, tour organizers found the number of women travelers far exceeds the number of men travelling solo. To be exact, there are 4 women solo travelers for every 1 single male traveler.

“There are more resources now to help people who travel alone. Solo travel teaches you a lot about yourself and helps you become more confident and self sufficient,” said Melissa, who has travelled to more than 20 destinations in Europe, Asia and the Middle East.

In a study conducted by Australian travel blogger Asher Fergusson, with regards to the worst and safest countries for solo female travel in 2019, based on the 50 most visited tourist destinations around the world, Greece was in the 20 safest.

“I went to Athens on a holiday from Naples, Italy and I never returned. I really like the lifestyle, the food and I find the people really pleasant. There is always something going on. Tavernas and coffee places are open until very late and you never feel lonely or unsafe,” said Melissa, who has been based in Greece for three years now. 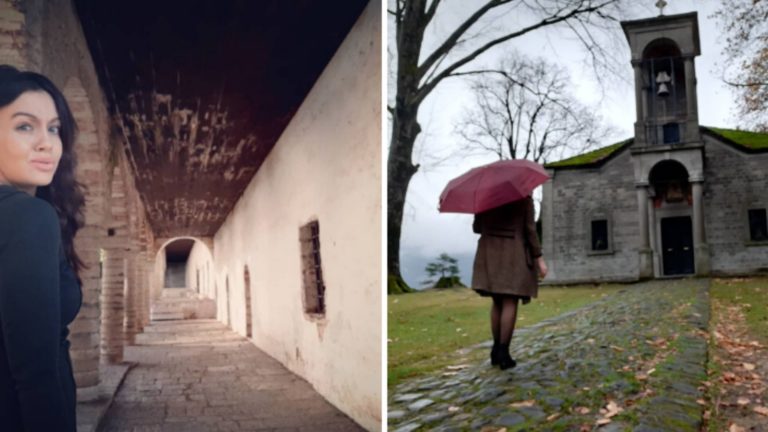 As she told Neos Kosmos, Athens is becoming a hub for international travellers, especially for freelancers and young enterpreneurs, due to the lifestyle and the low cost of living compared to that of Northern European countries. However- she comments – the country could benefit even more from the tourism if it wasn’t for the Greek bureaucracy.

“Greece is one of the easiest countries to travel alone. Almost everybody speaks English, even in random places and it’s easy to get around. Don’t worry too much! The media often make some places seem scary but they are not really”

• Always practice the same common sense you would at home – especially when it comes to things like walking home alone in the evenings or drinking
• Do plenty of research in advance – there are quite a few solo female travel bloggers on the internet and many of them live in/are experts on specific destinations. Facebook groups that target female travellers are useful for gaining advice or finding travel buddies (e.g. Girls Love Travel, We are Travel Girls, Female Digital Nomads)
• Research the culture and customs – some places may require conservative dress code, etc. (e.g. the Middle East – plaecs of worship, etc).