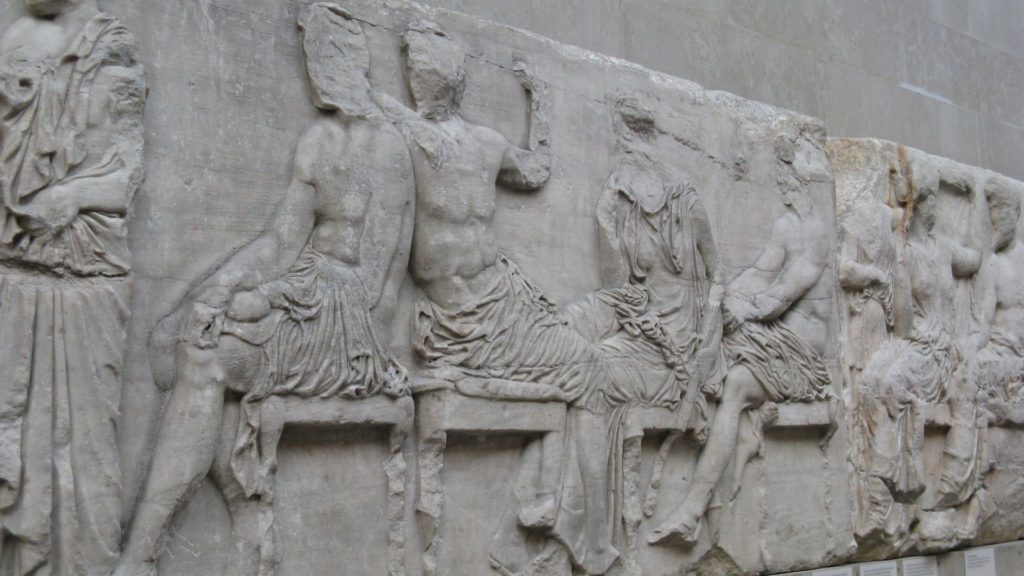 As the fight for the return of the Parthenon Marbles to their rightful home in Greece continues, there seems to be some hope on the horizon.

British museums could face fines if they do not return pieces in their collections taken from other countries, reports the Daily Mail.

With demands for repatriation from various countries expected to rise, Arts Council England is seeking to update its current guidelines, which it claims are out of date.

The council has asked experts to bid for a £42,000 contract that will see guidelines updated to assist museums in deciding which treasures should be returned, including the Parthenon Marbles, an aboriginal shield and Ethiopian sacred tablets, among others.

The contract would be put together based on a review of existing research and evidence, as well as extensive consultation with practitioners and stakeholders across and beyond the UK museum sector “to identify key challenges, opportunities, practical and ethical issues and examples of best practice in the UK and internationally,” reads the advert, highlighting that there are “increasing calls for action by museums to address this”.

The contract, expected to be enforced next month, will also include assistance for museums from experts to deal with media attention, government policies and the future of artefacts with no value.

“The aim is to encourage a more proactive and coordinated approach across the museum sector by providing museums with a practical resource to support them in responding to all aspects of restitution and repatriation,” an Arts Council England spokesperson said.

The idea follows the promise made by French president Emmanuel Macron to repatriate colonial objects.

BBC historian David Olusoga is among those encouraging the ‘decolonisation’ of collections in Britain, saying there is a ‘moral imperative’ for relics to be returned, calling the case of the Parthenon Marbles “such a stark case of theft”.

Mr Olusoga also said that it could be beneficial for Britain’s relationship with the Commonwealth after Brexit.

While organisations are currently requested to follow diversity procedures, it is uncertain as yet whether the council’s 828 members will face fines for keeping treasures from abroad in their procession, Arts Council England said.