Diatribe: Re-mooting multiculturalism, and the contradictions of foreign languages in Australian classrooms

“Apparently, languages other than English are the preserve of migrants, to be tolerated and nurtured and of course celebrated in statistics and policy documents, until such time as acculturation and assimilation takes place” 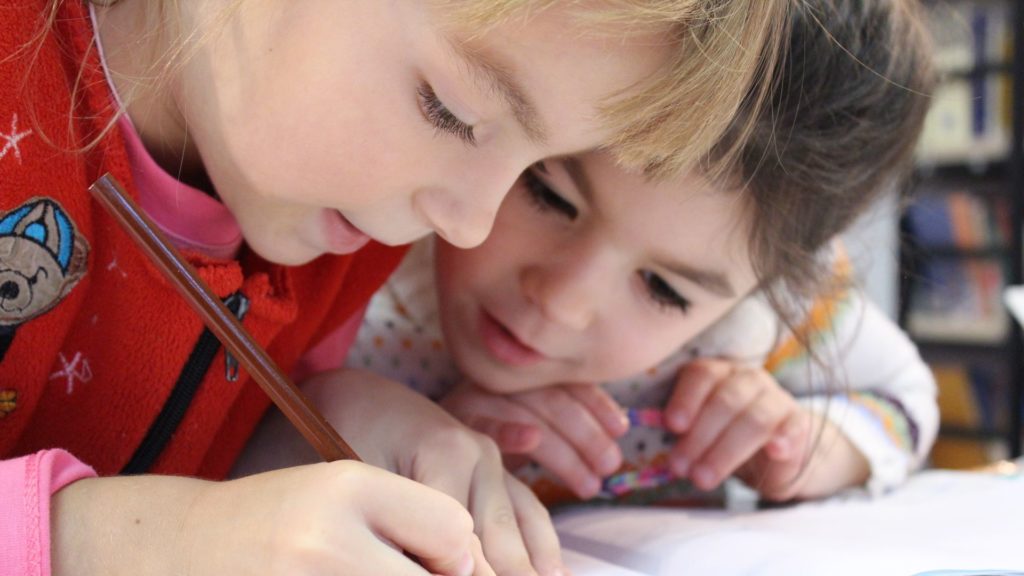 “The anaemic responses to multicultural policy by Labor and Coalition since the mid-90s, that Dr Aly alludes to, has allowed race and new identity politics, born in the US, to colonise our very distinctive policy. Our multicultural policy was exceptional in determining language as a key aspect of diversity.”

“My daughter is starting kindergarten without speaking English,” I informed an educator I was introduced to at a social function last week.

“What’s her language?” the teacher asked.

“She speaks Greek and Assyrian,” I informed her.

“Spent some time overseas, have you?” she smiled.

“But you were both born here?” came the puzzled response.

The implication is that since my progeny and I have been born in this country, English must be our primary language. Furthermore, language, in the monolingual mainstream zeitgeist, seems to be used to characterise and classify a person. Thus, I was not asked which language(s) my daughter speaks, but rather, what her language is, thus excluding her from the possibility of belonging, or indeed of being capable for traversing linguistic boundaries, a phenomenon common overseas but relatively unknown in the southern Anglosphere.

I had a similar conversation three years ago, with my eldest daughter’s kindergarten teacher. Both the educator, and that teacher, while displaying a proficiency in comprehending school diversity policies, and having received the prescribed departmental training, seemed, on a personal level, to struggle to understand how people born here, would have a primary language other than English. Apparently, languages other than English are the preserve of migrants, to be tolerated and nurtured and of course celebrated in statistics and policy documents, until such time as acculturation and assimilation takes place. The fact that Australians born in this country would choose a different primary language, appears unfathomable.

What is significant about the second, more recent conversation however, is that the educator I was conversing with, is of Greek descent.

“I don’t know why you bother,” she dismissed my arguments about the importance of the Greek language. “I started off like you because my mother was bringing up the kids while I was working. It’s a complete waste of time. First of all, everyone speaks English now, even the older Greeks, so there is no use for it. Everyone in Greece speaks English too, so you don’t even need the language for your holidays. You don’t need to speak Greek to feel Greek.  Second of all, it puts them at a disadvantage because they start off behind the other kids. Why would you deliberately place your kids at a disadvantage. Thirdly, as if she already speaks two languages. How is that even possible?”

I began to expound my theory that in a multicultural society, all languages are acceptable, Australian languages and that my daughter’s fluency in languages reflects the diverse linguistic reality of our family, but she would have none of it. When I went on to explain how important a knowledge of the Greek language is to one’s identity and how it grants access to 4,000 years of an unimaginably rich literary culture, she shrugged: “We live in Australia now. And that stuff isn’t part of our culture. The ancient past is part of Western culture. You don’t need to speak Greek to understand it. The oldies never talked about it. All they were interested in was where to get groceries cheaply and where to invest in property. Why do you want to burden your kids with irrelevant stuff that stops them fitting in?”

“When the other parents hear you speaking to her in Greek, they won’t like it,” she warned me. “They will think it is rude because they don’t understand what you are saying and they will consider that you are doing this on purpose. They will not want to socialise with you.” This seemed to concern her greatly, as she repeated the warning several times.

As far as warnings go, they aren’t far off the mark. Until she learned to speak rudimentary English, my eldest daughter was invisible to her kindergarten classmates, while the parents of her Greek-background classmates would assiduously avoid me when they would hear me speak Greek to her while dropping her off in the mornings. Yet it seemed to me at the time, that if people, especially children of migrants find listening to languages other than English confronting, that this is a problem for them, not for me.

“Well, how would you feel if you were in a room full of people, speaking in a language you don’t understand?” the educator, observing my quizzical expression, furthered. That experience too, forms part of my professional and personal life. My clients come from a multitude of backgrounds and I especially relish the opportunity to brush up on my parlous high school Mandarin, with my Chinese customers. I am also often placed in social situations where I listen to family members and friends converse in Assyrian, Arabic and Kurdish. Some of them, having lived in Greece, speak to me, unselfconsciously, in broken Greek. Most of the time however, rather than feeling confronted or excluded, I listen intently, trying to decipher what I already know, decrypting novel expressions, memorising pronunciation, revelling in nuance, or etymologising familiar words, comparing them to my own tongue. On the odd occasion, without prompting, the interlocutors will feel embarrassed and switch to English. When that happens, I beg them to switch back to their original language, quite simply, because I want to learn. Furthermore, it is in their own languages that they are able to express themselves the most clearly and in the most genuinely heartfelt manner. I want to understand them as much as possible, as people, in their own medium. Rather than feeling intimidated, I feel privileged.

Upon absorbing this, the teacher opined: “Well it’s a recipe for trouble anyway. You want your kids to be Greek, and your wife will want them to be Assyrian and you are going to end up fighting. English is neutral and avoids drama.”

I tried to explain that identities can be flexible, hybrid, fluid and that languages rather than fixing such identities in stone merely facilitate discourse but she would have none of it. “Australia has moved on,” she declared. “And what is the point of bringing them up in a language that by the time they grow up, no one their age speaks? You might as well teach them Latin. It’s sad, but you can’t ignore reality.”

Interestingly enough, said educator is quite proud of her son, who last year received a certificate for prowess in French.

“That’s different,” the teacher explained, when questioned. “French is an international prestige language. Greek is useless. And before you mentioned it, I had not even ever heard of Assyrian.” So while under multiculturalism, all languages are equal, some languages are evidently equal than others. And of course those languages are definitely not the community languages, the languages of the migrants to this country. Those languages are for use only within each ethnic community and are rarely studied or offered for study, to the mainstream.

In their magisterial “From Foreigner to Citizen: Greek Migrants and Social Change in White Australia 1897-2000” George Vassilacopoulos and Toula Nicolacopoulou, postulate that despite the veneer of formal equality characterising race relations in this country, there lurks within the substratum, a fundamental concept of the ‘perpetual foreigner,’ defined by those who obtain legitimisation of their rule and presence in this country, at the expense of its traditional owners, by conferring upon such foreigners, citizenship and residency rights. Nonetheless, these foreigners are not automatically subsumed into the liberal democratic individualist paradigm. They remain a distinct ‘group,’ which is expected to provide appropriate declarations and exhibitions of loyalty to the ruling culture, or face the fear of being labelled suspect. One way in which to achieve acceptance and lessen the opportunity to be considered a subversive influence, is not only to adopt the dominant culture’s language, but to discard one’s own.

Multiculturalism as propounded in the late seventies and early eighties sought to determine language as a key aspect of diversity. What is usually overlooked however, is the fact that this novel experience was foisted upon the pre-existing and over-arching framework that legitimises the dominant culture’s rule in this country, its violent destruction of its native people’s cultures and languages, and granted it the tools by which to continue to perpetuate the stereotype of the foreigner, using language (and religion) as a criterion, abrogating to itself the right to determine which linguistic groups are to be considered subversive, at will. The sections of these linguistic groups that internalise and replicate the attitudes of the dominant class, evidence the tenacity and flexibility of the initial paradigm, as acculturated individuals are admitted into the dominant group under certain conditions and new classes of foreigners are created. It is easy to blame governmental policy shifts for a perceived lack of tolerance. It is much harder to ascribe the roots of that intolerance to the fundamental structures and mores underpinning the dominant culture’s ontopathology regarding its own sovereignty.

It is thus not multiculturalism that needs to be re-booted, as Labor MP Dr Anne Aly recently suggested, but the broader social system in general. A society that labels citizens according to their language, penalises and is confronted by the use of languages other than English in any context, whether social or otherwise, at the same time that it periodically provides funds for community language acquisition, only to threaten to withdraw such funding at convenient opportunities, is a society whose understanding of multiculturalism cannot survive the circumlocutions and meanderings of policy and legislation. Linguistic communities, whose members insist on the daily and constant use of their mother tongue, by their very existence and persistence, provide a valuable service by critiquing and undermining the dominant discourse, challenging its presumptions and defying its monolingual imperatives. Our community, the history of whose ideological approach but also practice of language retention is a complex and diverse one which defies stereotypification, is, in the deconstruction of multiculturalism, worthy of further study, as is an evaluation of its progressive elements’ historical campaign for acceptance of these values into the mainstream.

At a local Greek festival recently, an elderly lady turned to me and asked:

Before I got a chance to reply, she turned to my wife and asked:

To which my wife replied:

And that for me, is the essence, of multiculturalism, real, imagined, re-booted, or re-mooted.