Brexit has strengthened the cause for return of the Parthenon Marbles 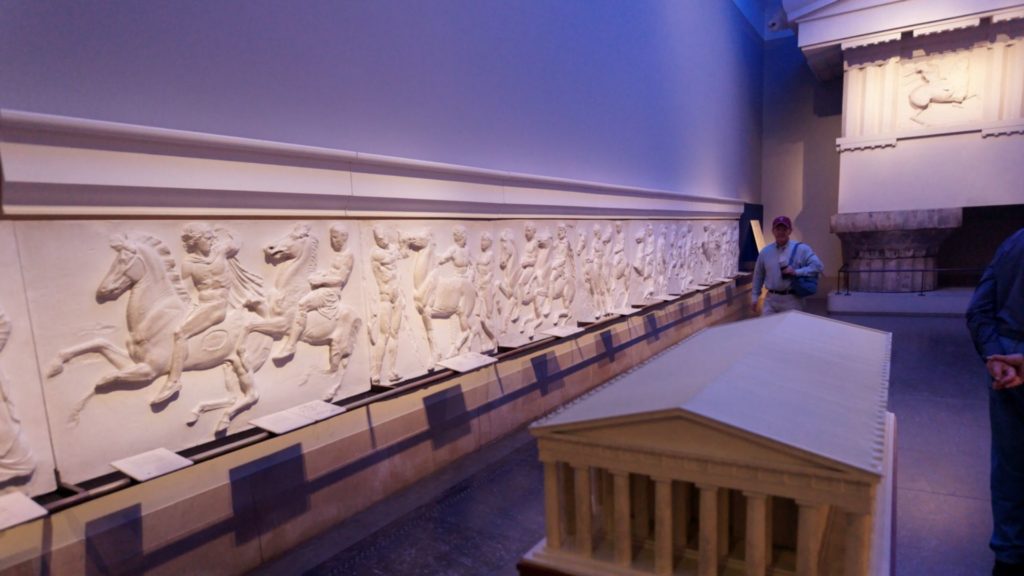 A section of the Parthenon Marbles housed in British Museum which Greece wants to see returned to Athens. Photo: Txllxt TxllxT/WikiCommons

With Brexit finally being realised, Greece’s culture minister believes the time is right to step up the campaign to get the Parthenon Marbles out of the British Museum and back to Athens.

The minster, Lina Mendoni, said that with the British exit from the European Union, the circumstances were “ripe” for the return of the sculptures.

“It is the mentality that has changed, the fact that Britain is distancing itself from the European family, it is 200 years since the Greek revolution. I think the right conditions have been created for their permanent return,” she said.

Greece plans major cultural events for 2021 to commemorate the 200 years since the start of its War of Independence from Ottoman rule.

At an earlier conference held in Athens the minister said that: “As Britain distances itself from Europe and the ideas that it advocates, Greece, rebounding from the recent crisis will in coming years have the opportunity to attract attention and interest from an international audience.”

Since it eventually gained its independence in 1832, Greece has repeatedly asked for the return of the sculptures that adorned half of the 160m frieze on the walls of the Parthenon. British diplomat Lord Elgin removed the frieze in 1816 while Greece was under Ottoman rule.

In refusing the marbles, the British Museum has said that Lord Elgin had acquired the marbles legally through a contract made with the Ottoman Empire. The legality of that document has been hotly contested over the years.

Greece increased pressure for the return of the marbles when it opened a new museum at the foot of the Acropolis hill which holds the sculptures that Lord Elgin did not take alongside plaster casts of the contentious works held by the British Museum.

“Motivated by financial gain, publicity and self promotion, Elgin deployed illegal and untoward measures to extract from Greece the Sculptures of the Parthenon and a plethora of other antiquities in a blatant act of serial theft,” said Ms Mendoni.