Black Athena and the Incredible Whiteness of Being

Louise Hitchcock, Professor of Aegean Bronze Age Archaeology in the Classics and Archaeology Program concludes that Near Eastern cultures had a enormous influence on classical Greek civilisation

The stories around the 1987 book Black Athena: The Afroasiatic Roots of Classical Civilization vol. 1 by the late Martin Bernal along with its sequels and many commentaries, sometimes referred to as the “Bernaliad” are almost apocryphal.

Bernal was a Cambridge trained Sinologist, who taught Government Studies at Cornell University (New York) from 1972, and distantly related to the famous Egyptologist Sir Alan Gardiner. A growing interest in understanding his Jewish roots led Bernal to study Hebrew and ancient Jewish history beginning in the mid-1970s. This, in turn, led Bernal to study contemporary cultures of the Phoenicians, Canaanites and the Egyptians and conclude that Near Eastern cultures had a massive influence on the emergence of classical Greek civilisation which formed part of the Greeks’ own mythological history but was ignored in European and Anglophone studies of ancient Greece. The result was the ensuing Black Athena project, which used historiography (a history of the study of history), comparative linguistics, and archaeology to argue that Classics is a Eurocentric project that systematically excluded the Levantine and Egyptian contribution to Greek, and hence, European civilisation.

In 1996, I was hired to develop a Black Athena subject at California State University, Dominguez Hills to counter the Afrocentric view on campus that black people were systematically excluded from their contribution to our fetishisation of “Western Civilization.” I chose to avoid devaluating Afrocentric views, which falsely embraced Cleopatra as a beautiful black queen at one end of the spectrum and the valorization of traditional views of Greece as the ethnically pure fount of European civilisation at the other end. Instead I endeavoured to demonstrate that a thorough interrogation of the evidence could promote an inclusive and multicultural history showing how “European” civilisation began in the east. In addition, I used the subject to give lectures on the Nubian Kingdom of Kush that ruled over Egypt for a time forming the 25th Dynasty and on blacks in classical antiquity drawing on the work of prominent African American classicists Frank Snowden and Shelley Haley (now president of the Society for Classical Studies). My students were delighted with the result, with one telling me that the only time blacks are usually mentioned in history subjects was in reference to the acquisition, buying, and selling of slaves.

The reasons for the absence of multi-cultural histories are manifold. They include the linkage of Renaissance pre-occupation with Egyptian mysticism, replaced by growing European concern with the classical origins of the modern nation state, scholarly fads of diffusionism (treating every cultural change as deriving from elsewhere) followed by indigenous development (there are no outside influences by one culture on another), and the recent (19th and early 20th century) discoveries of Aegean, Near Eastern, and Egyptian sites and languages. This last is particularly significant in that the history of scholarly knowledge of these cultures lags far behind the study of classical languages.

READ MORE: Mary Norris: ‘One of the things that you learn from Greek, it teaches you to appreciate nature’

The ongoing response to Black Athena by Classicists in numerous books, articles, and academic conference events for nearly two decades was to insist that Classics was not a racist discipline, while pointing out the many errors of fact in Black Athena. Writing in the online journal Eidolon in 2018, Denise Eileen McCoskey wrote that Classics’ response to Black Athena is coming home to roost, in that by remaining bogged down in the minutiae of Bernal’s arguments while remaining unaware of broader cultural interest in it, interest in the Classics is on a trajectory to diminish, particularly with demographic changes in the US indicating that whites will be a minority in 20-30 years. Furthermore, when classicists were acknowledging Near Eastern influences on ancient Greece, it was primarily as supplement. That is, what did the Near East contribute to Greece rather than what was its centrality to understanding the present.

In the last twenty years, the picture has greatly changed with more people of colour studying classics and with many scholars working across modern political boundaries of the Mediterranean in order to investigate interconnections between Greece and surrounding regions employing more sophisticated approaches. These approaches include the changes in maritime technology between 3000 and 1900 BCE. Maritime movements were key in understanding the procurement and exchange of metals, exotic commodities such as gold and ivory, and even intangible goods such as spices (mentioned in the Linear B texts of the Mycenaeans) and textiles (Minoan textiles are depicted in Egyptian tomb paintings).

Thus, regardless of the interpretive errors Bernal made, embracing the Ancient Model of Black Athena gave me and other colleagues the permission to do the type of research we wanted to do. To put it bluntly, if you don’t let me investigate interactions between Greece and the Near East, you are a racist. In that regard, Black Athena has achieved its goal. We don’t need a political ideology or an agenda to tell the truth or be inclusive: we have material culture, facts, and many histories available to do this. Moscophoros, the calf is realistically carved while the abstract schematic features of the man indicate that the Greeks were imitating the Egyptian idea of youth and permanence. 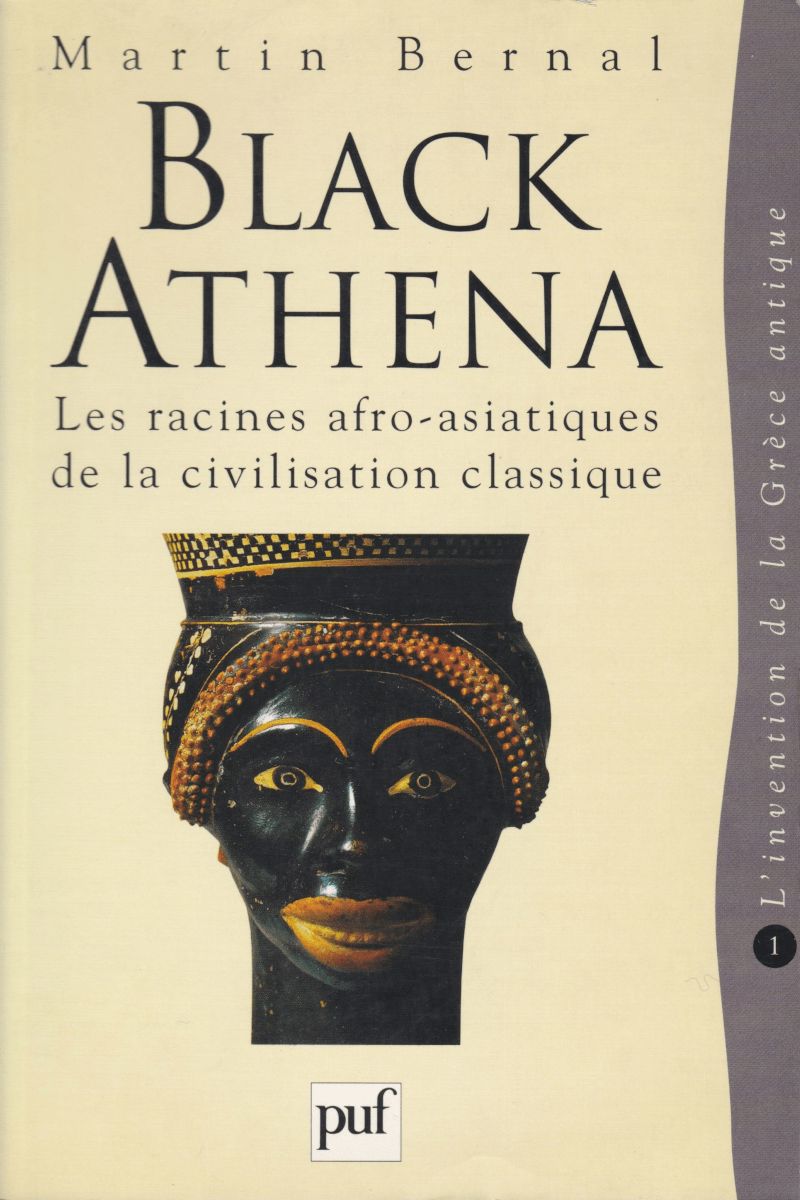 Rather than destroying modern democracy or Western civilisation, knowing the long and illustrious path of human civilisation explains how democracy and many other features of the Iron Age and succeeding periods could develop. The Greeks, Romans, and all succeeding civilisations benefitted from technologies invented earlier in the east including maritime technology and navigation, metallurgy and mining, textile production, domestication of plants and animals, writing and record keeping, and many other things. It is strange that within this contemporary scholarly paradigm, that policy entities such as the Ramsay Centre, Institute for Public Affairs, the Centre for Independent Studies, and the Australian Taxpayers Association have taken a step backward in organising panels and academic curricula on ‘Western’ Civilisation (aka great books). In doing so, they frequently stereotype academics as socialist-post-modern-feminist-Marxists as a means of competing with traditional academic practices. This is nonsensical for many reasons, the foremost being that the concept of a Western Civilisation is an imagined community with the term not used until the 19th century.

The Ramsay Centre in particular has struggled to win Australian academics to its cause of teaching exclusionary histories. Here it should be noted that there are no Greek academics involved with these think tanks. In addition, a critique of western or any other civilisation requires training in these areas and is widely available in Australian universities. If there is any blame for the cuts in classics and other humanities programs, that fault lies with the government, not with academics. We are eager to teach all civilisations. * Louise Hitchcock is Professor of Aegean Bronze Age Archaeology in the Classics and Archaeology Program at the University of Melbourne. She is the author of Minoan Architecture: A Contextual Analysis, Theory for Classics, and Aegean Art and Architecture(with Donald Preziosi), and is the co-editor of DAIS: The Aegean Feast, Aegaeum 29 as well as the author of over 80 articles dealing with Aegean archaeology, architecture, and theory. Her current research deals with Aegean, Cypriot, and Philistine connections. The Australian Research Council funded her excavations at the Philistine site of Tell es-Safi/Gath, where she was an area supervisor.