Gripped by the hand of Nergal: What COVID-19 can tell us about Cyprus, copper, and collapse in the Late Bronze Age (1500-1200 BCE) 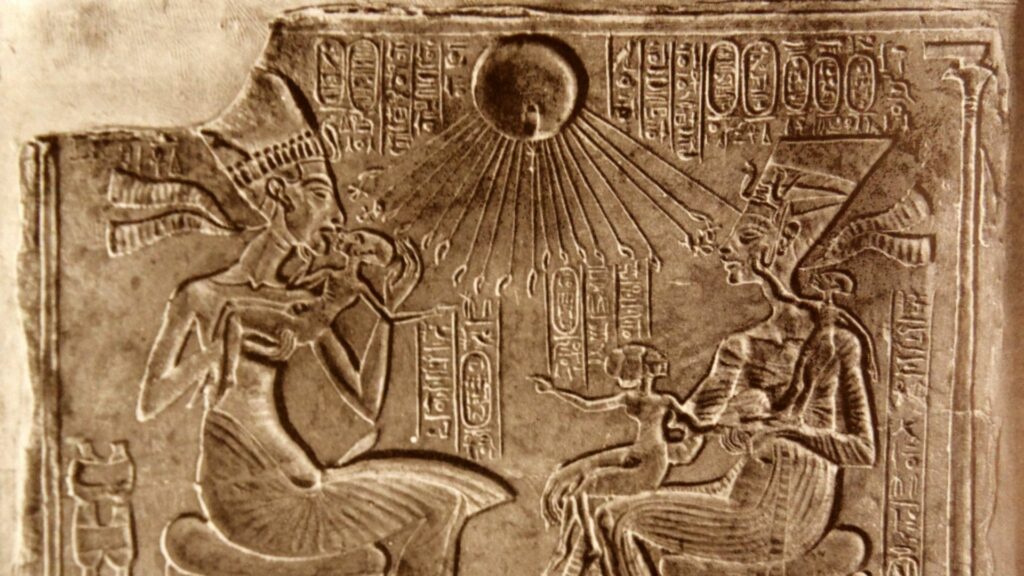 Our tale begins in Akhetaten, the short-lived (1346-1332 BCE) city founded by the heretic king Akhenaten in the 14th century BCE. Akhenaten lived in a globalised world where kings addressed each other as brother, a term communicating equality of respect. Respect and equanimity were established through trade in precious metals such as copper and tin to make bronze, exotic items to communicate status such as ivory objects, spices from far-away lands to flavour kingly feasts, perfumed oils to anoint the body, and diplomatic letters to keep lines of communication open. Akhenaten’s city housed an important archive of some 300 texts known as the “Amarna Letters,” written in Akkadian cuneiform, the diplomatic language of the day. The letters tell us of exchanges between Egypt, the Hittites, the Mitanni, the Levant, and Cyprus.

This ominous phrase, “gripped by the hand of Nergal,” begins Amarna Letter EA35, now in the British Museum, with a reference to the well-known Mesopotamian plague god Nergal/Erra. While our historical knowledge of ancient disease is limited, the importance of a god to placate plagues, is indicated by the fact that the veneration of Nergal extended from Sumerian times (ca. 2200 BCE) until the Iron Age (ca. 700 BCE) and extended from Mesopotamia to Cyprus and Egypt. The concept of a plague in ancient times did not always refer to virus or communicable diseases but was understood more broadly to refer to calamities imposed on people such as biblical plagues of locusts, frogs, and even hail. The Mitanni referred to Nergal as Aplu, and scholars believe that this is the origin of the Greek god Apollo, who sent a plague upon the Greeks in Iliad Book I.3,9, after Chryses invokes him because Agamemnon refuses to return his daughter Chryseis. Apollo later fathered Asclepius, the healing deity.

Cyprus in the LBA

Cyprus was and is famous for its copper deposits and is mentioned in eight of the Amarna tablets. Of particular interest for this overview, is tablet EA35 from the king of Alasiya (Cyprus) to the king of Egypt. The tablet explains that only a token amount of copper is being sent at this time because the copper workers were “gripped by the hand of Nergal.” In other words, they were sick with a plague or deadly communicable disease of some kind, possibly Tularemia spread by fly and tick infested animals or even Black Plague brought to Egypt from India by way of flea infested rats. The tablet is remarkable for several reasons. For one thing, the identification of Cyprus with Alasiya was controversial until a recent scientific analysis of the clay places its origin either in the region of Alassa, located in the Kouros River Valley where it controled access to the Troodos mountains or in the region of Kalavassos, a coastal area which may have controlled access to one of several ports in ancient Cyprus. Additional matters of significance are that it indicated that the Egyptian king regarded the king of Cyprus as an equal, and that despite having its own local writing system, the undeciphered script borrowed from Crete and known as Cypro-Minoan, Akkadian scribes were also active on Cyprus.

Despite the type of sickness alluded to in tablet EA35, communicable disease plays a cultural and economic role that is repeated through time, up to the present day. My interest in this topic emerged over the last 18 months out of my background in Mediterranean archaeology and out of my experience of living in the COVID-19 pandemic. Observing the recent impact of a pandemic, indicates that disease spreads by way of transportation hubs, market centres, and working conditions where people are in close quarters. We can see this just by looking around us. Wuhan is both a transportation hub and a market centre. COVID-19 appeared earliest in the US in port and coastal regions, especially New York where it came in mostly by way of Europe and was helped along by New York’s vast subway network. Meat packing plants with their cold temperatures and crowded working conditions were also an ideal place for the spread of COVID-19.

The word quarantine was actually coined by the Venetians in reference to the forty days spent in isolation by visiting merchants. They conveniently placed a hang mans’ noose outside their quarantine facilities in case someone tried to leave early, and this enabled them to keep their economy open. Current global supply chain problems are no laughing matter. Worker shortages have contributed shortages of everything from foam used in furniture, to fertilizer and CO2, to computer chips, a rise in car prices, to ports backed up with 30-40 ships waiting to dock, causing a resulting shortage of shipping containers quintupling in price from $5000 to $25,000 US. It is projected that a wood pulp shortage caused by increased internet shopping will result in a print book shortage in the near future. Amanda Mull, a consumer affairs specialist writing for the Atlantic has observed that the global supply chain is broken. Fortunately, Australia is able to produce enough of its own food.

Throughout history, the movement of infectious diseases has often also been associated with newcomers or outsiders who can be associated with the same transportation networks that bring imported goods to a trading centre. The disease that killed the Hittite king Suppiluliumas I and his son was associated with Egyptian prisoners, mouse plague in the Bible was associated with the Philistines, the Thucydidean plague that killed Pericles was associated with Spartan prisoners, and in the mid-14th century CE, the spread of bubonic plague was blamed on Jews who were accused of poisoning wells – resulting in their scapegoating and execution. Even during the current pandemic, one day travel in some instances reached up to 1-2 million people per day in the US alone, and the increase in post-pandemic travel has been projected to hasten the occurrence and spread of future pandemics.

Recovery, What the Past Teaches Us

Despite a communicable disease hampering trade in the Mediterranean, Cyprus was able to “Build Back Better” in the 13th century BCE with a proliferation of new monumental administrative centres. These grand new buildings organized around central courts were located at Alassa-Palaiotaverna controlling access to the Troodos, while Kalavassos-Ayios Dhimitrios and Maroni-Vournes in southern Cyprus were likely involved in maritime trade. Alassa was the most sophisticated of these structures, with features referencing prestige architecture in the Aegean such as drains with parabolic curves to slow down flow of water, decorative engaged columns, masons’ marks, and an advanced stone-working tradition. If we are to take any lessons from Amarna letter EA35, it might be that pandemic disease can cause short term death, hardship, and commodities shortages, but it does not alone lead to a full-on social collapse. Thus, it is unlikely that copper shortages in the 14th century made the ancient Mediterranean more vulnerable to the collapse and destruction that is associated with the “Sea People” in the 12th century BCE, and for that answer we must look elsewhere…

Afterword: These issues will be expanded upon in an upcoming special edition on plague in ancient times in the series Ancient Near Eastern Studies through the University of Melbourne. For supply-chain issues, Bloomberg.com puts out a special newsletter on supply chains.

Louise Hitchcock is Professor of Aegean Bronze Age Archaeology in the Classics and Archaeology Program at the University of Melbourne. She is the author of Minoan Architecture: A Contextual Analysis, Theory for Classics, and Aegean Art and Architecture(with Donald Preziosi), and is the co-editor of DAIS: The Aegean Feast, Aegaeum 29 as well as the author of over 80 articles dealing with Aegean archaeology, architecture, and theory. Her current research deals with Aegean, Cypriot, and Philistine connections. The Australian Research Council funded her excavations at the Philistine site of Tell es-Safi/Gath, where she was an area supervisor.