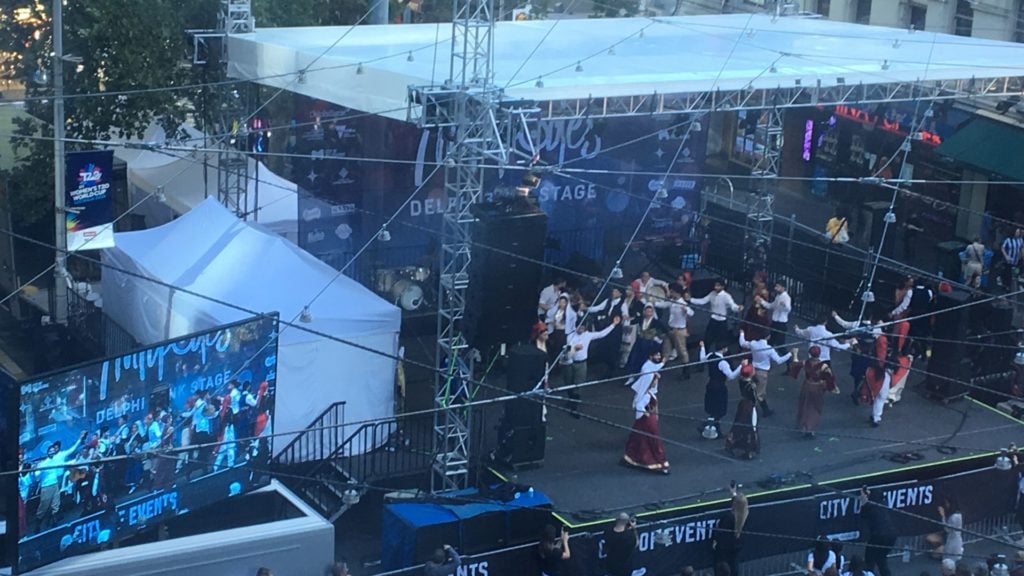 Will you be at the Antipodes | Lonsdale St Greek festival this weekend? There will be souvlaki, ouzo and Greek music and dance in the large Greek street festival on Lonsdale Street where the Greek Community of Melbourne’s Antipodes Festival taking place on Saturday 29 February and Sunday 1 March.

Come and say ‘hi’ to the Neos Kosmos team that will be live blogging throughout the two days of fun. Send your photos or any other tips and info related to the festivities to mary@neoskosmos.com.au or post them onto our Facebook page and we’ll chase your leads and add your pics to our photo gallery.

The dance party is continuing until late as festival-goers are partying until they drop – as Greeks do.

It was a jam-packed crowd enjoying Giotta negka at the Delphi Bank stage.

Victoria’s Premier Dan Andrews officially opened the festival. ‘Καλησπέρα ελληνίδες και έλληνες’, he said, before acknowledging the traditional custodians of the land and stakeholders within the community. He pointed to the “difficult circumstances” that have plagued the state, such as bushfires. “But I can’t tell you how proud I am, how pleased I am, to look across this crowd at this great celebration of the Greek community in Melbourne and Victoria – a great celebration of the contribution that the Greek community has made to this state and continues to make every day and in every way,” he said.

Victoria’s leader of the opposition, Michael O’Brien said that though he doesn’t agree with Mr Andrews on much, however he does agree “fully on the huge contribution that the Greek community has made to Melbourne and Victoria. We would not be the strong state that we are without that huge contribution,” he said, applauding the success of so many people in the Greek community. He reiterated his party’s support to Greeks.

Victoria’s Health Minister Jenny Mikakos spoke in Greek, saying that she is proud to be a minister of Greek background in the largest celebration of our culture outside of Greece. “We are continuing the Greek tradition in Melbourne, in the centre of the Greek community on Lonsdale Street while looking at the (copies of) the Parthenon Marbles,” she said. “Next year, we will have an even larger celebration because it will be 200 years since the creation of Greek Democracy. And I promise you two things – funding for events for this anniversary and a better Antipodes Festival on Lonsdale Street and to dance Zorba, with me leading the dance.”

Euro 2004 champion Giorgos Caragounis was introduced to the crowd by GCM President Bill Papastergiadis. “I am happy to be here,” he said, adding that he has been in Melbourne for three days and sees Greeks wherever he goes. He has understood that they “love Greece”. He remembered the glorious moment of soccer and saw photographs of Greek Australian celebrations on Lonsdale Street.

Everything is in full swing. Walking around the stalls the crowds are swelling.

Greek Community of Melbourne President Bill Papastergiadis told Neos Kosmos that he was “ecstatic with the turnout” at this year’s festival which he is optimistic will get better.

“It looks a little less to me this year,” he said, but points to it as “the largest festival outside of Greece and in Melbourne”. He will carry the voice of Greeks to the Delphi Forum this week where he will meet with key stakeholders to showcase the needs of the Greek Australian diaspora. Stay tuned for more.

Meanwhile, here’s a glimpse at what’s currently going on at the Festival. 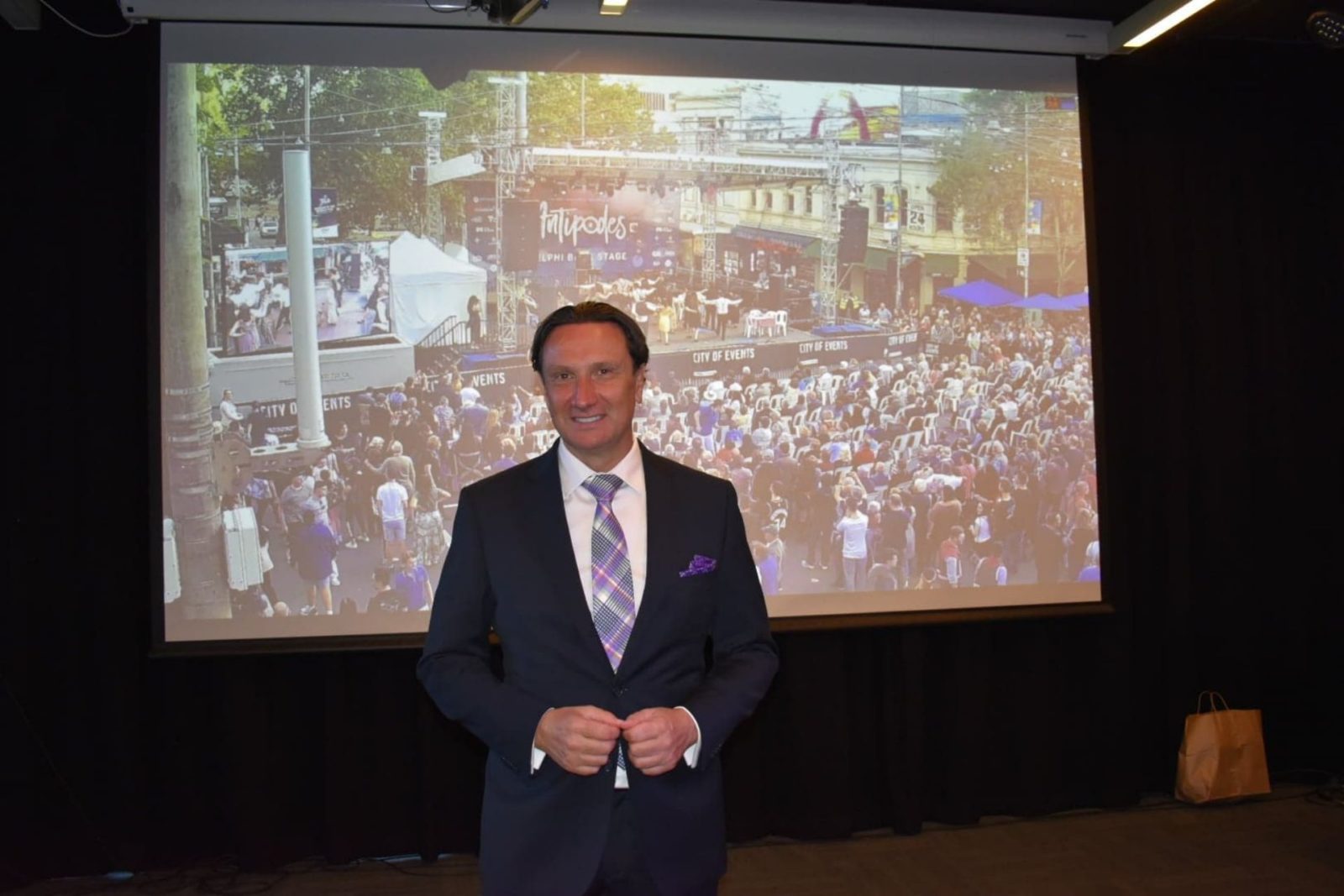 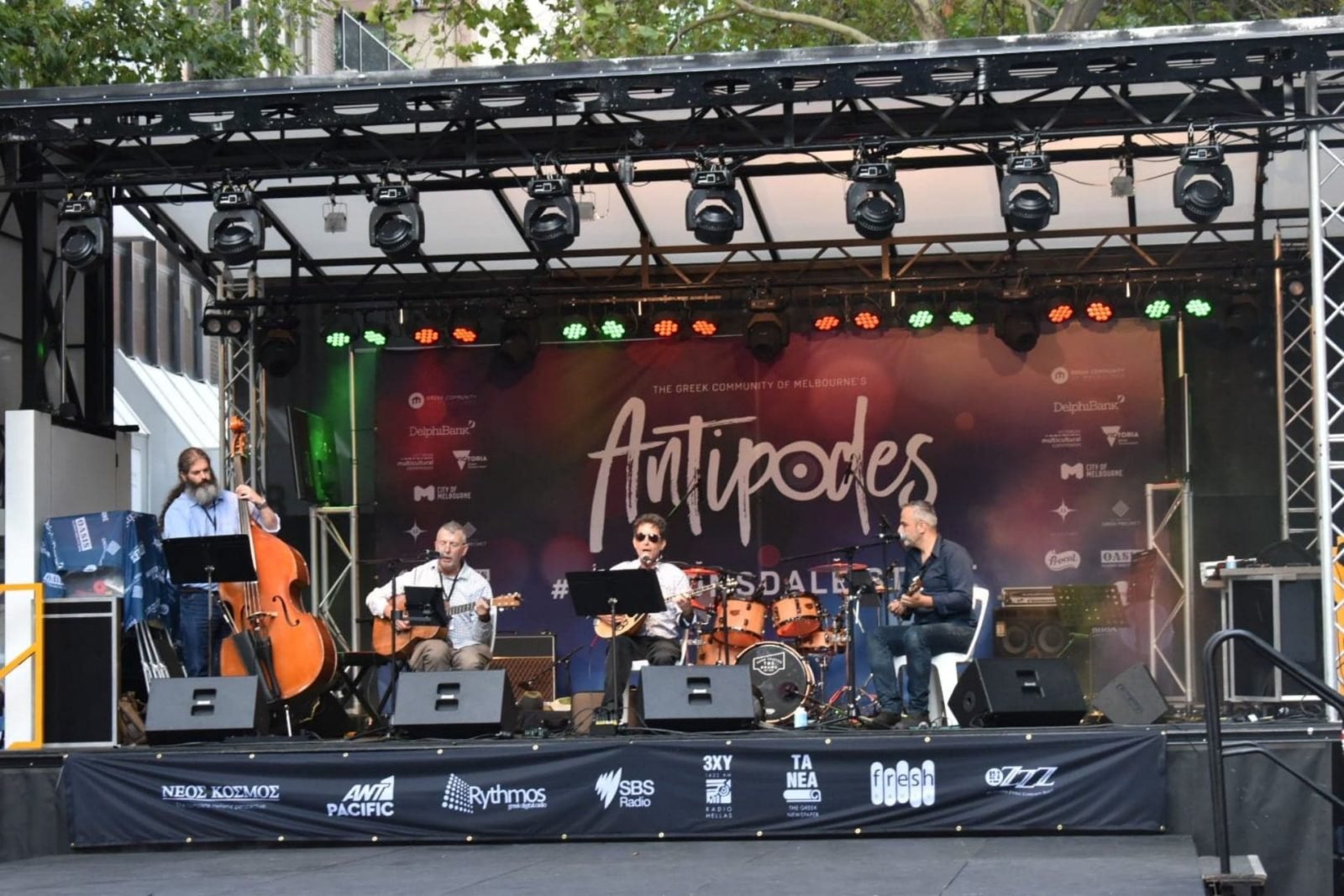 Neos Kosmos roves around the Antipodes Festival. Will you be visiting the festival this year?

The Cretans are on stage and there is a dance frenzy as the crowd enjoys the lively music.

The festival is in full swing. The sun has been shining and Lonsdale Street in Melbourne’s CBD is bustling with people, and the sounds and aromas of Greece.

There are dancers walking the streets in traditional dress, along with women dressed as ancient Greek goddesses on stilts, who have both Greek Australians and non-Greeks alike in awe and taking advantage of the photo opportunities.

Despite fears that threats of the coronavirus would keep people away, thousands have turned out to enjoy the day’s offerings. People of all ages have gathered, enjoying entertainment across the three stages, including traditional dances from various regions by groups including Pontiaki Estia and the Kalymnian Philanthropic Brotherhood of Melbourne on the A & A Holdings Stage.

The smells of meats on the rotisserie are wafting through the air, with lines of people queuing up to try. Meanwhile the winner of the Pass the Pastitsio Competition was named, with Katerina Moshoyiannis awarded the maker of the best pastitsio. We’ll try and get our hands on the recipe for you! Stay tuned.

See our photo gallery below, and live videos: 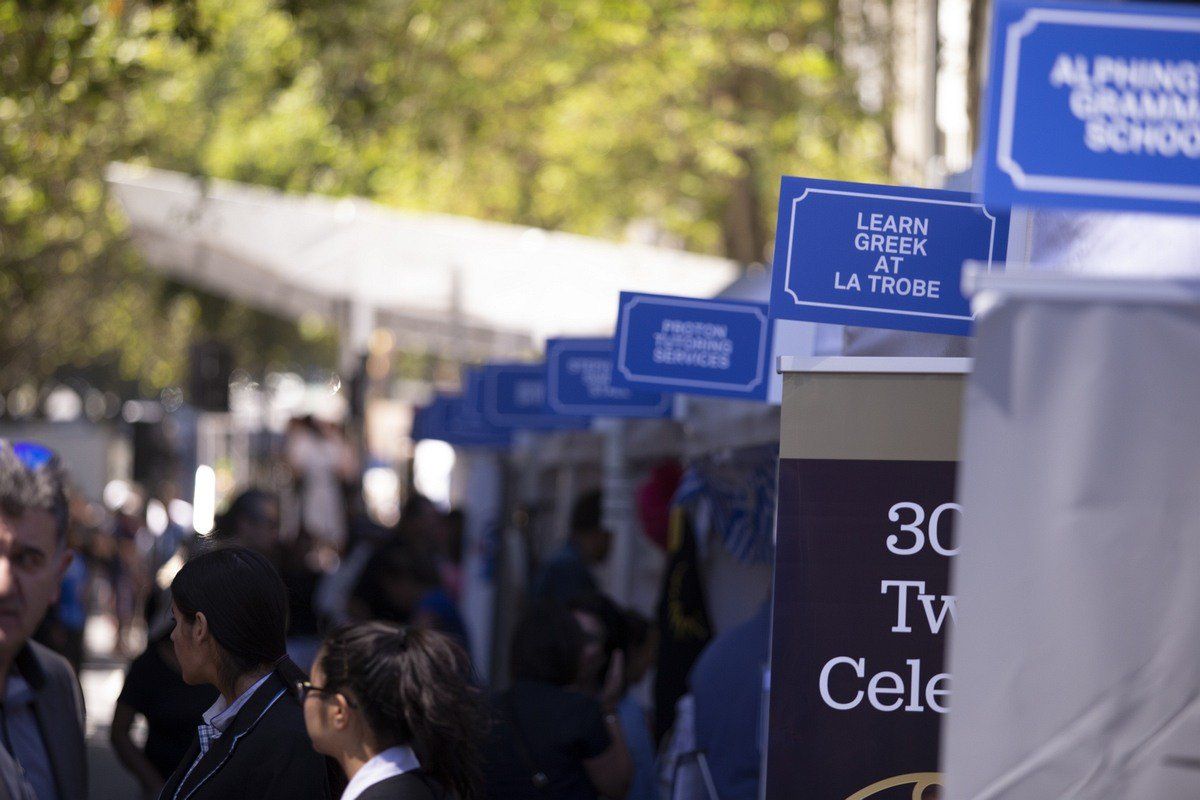 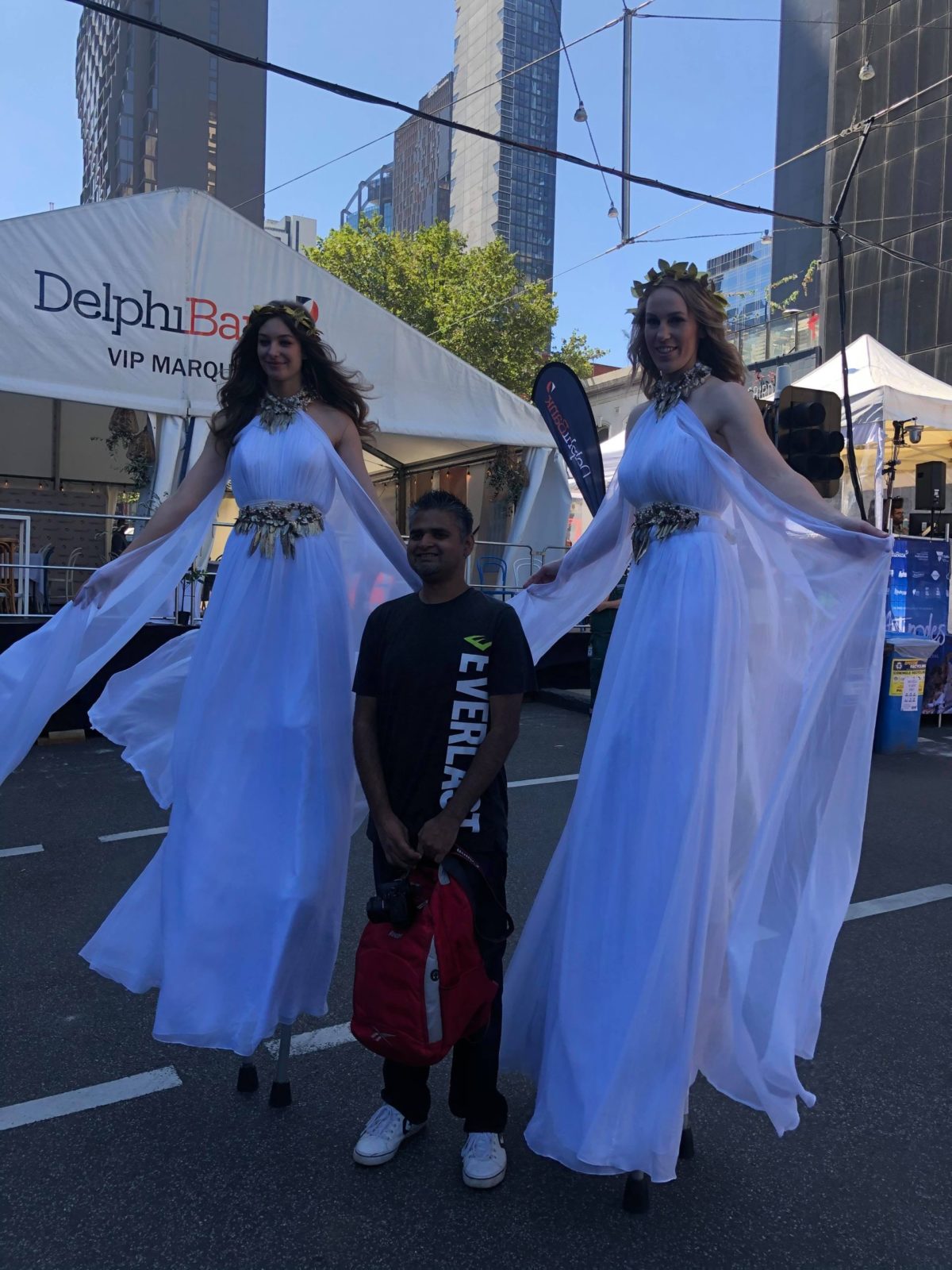 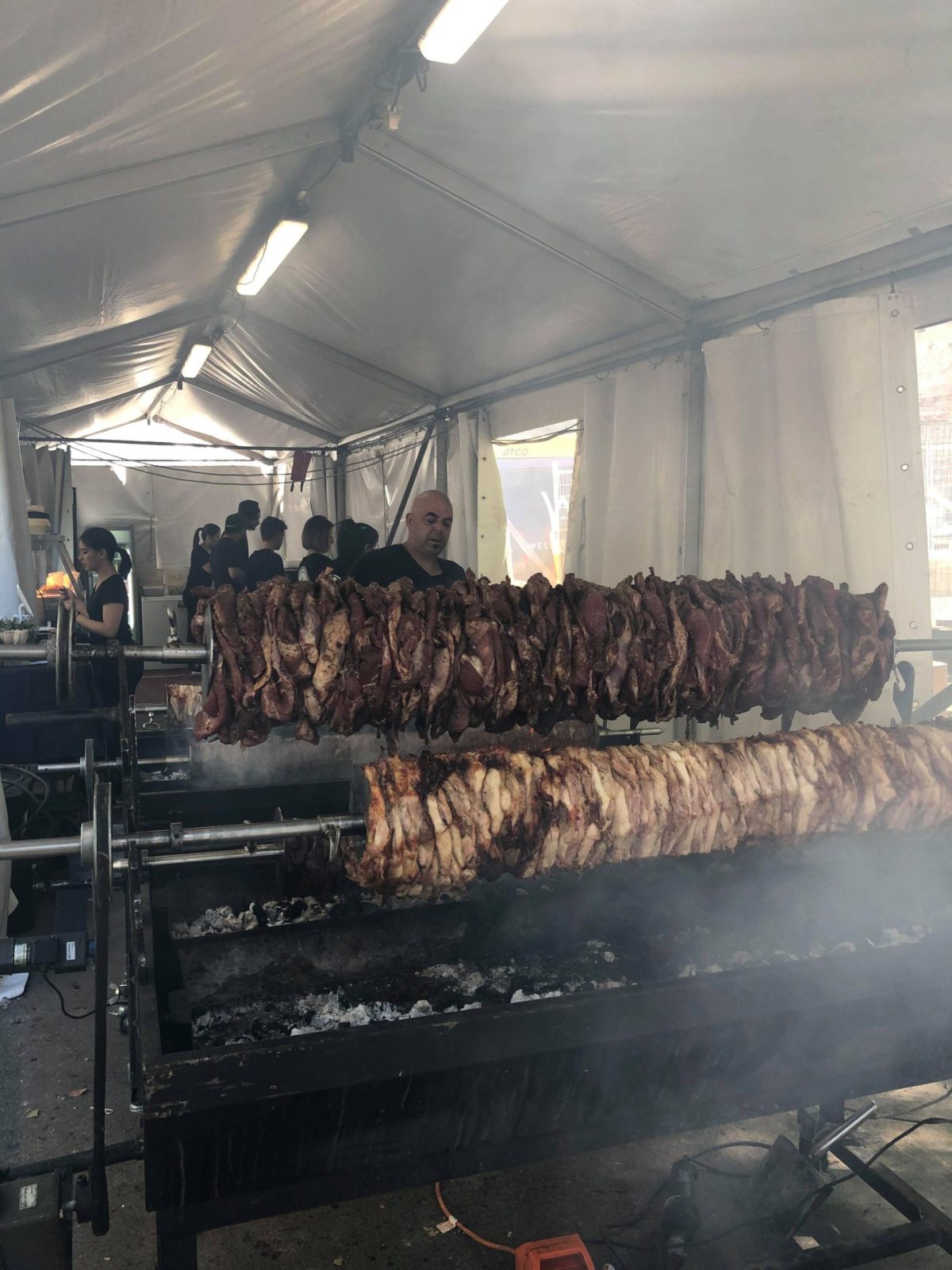 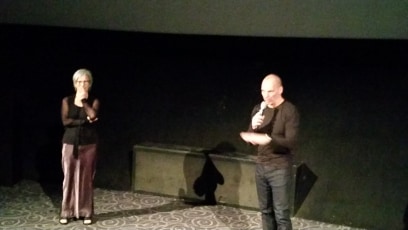 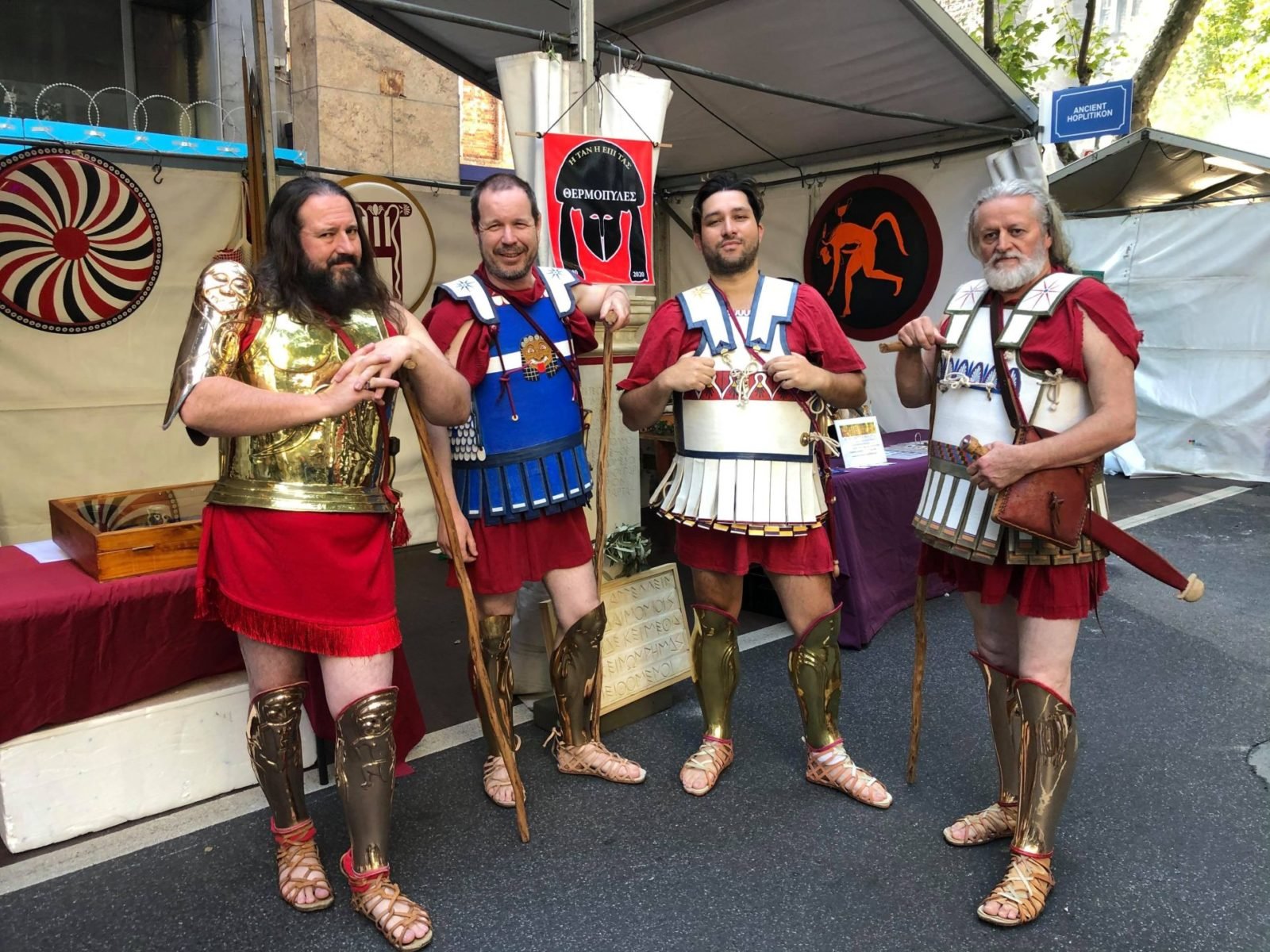 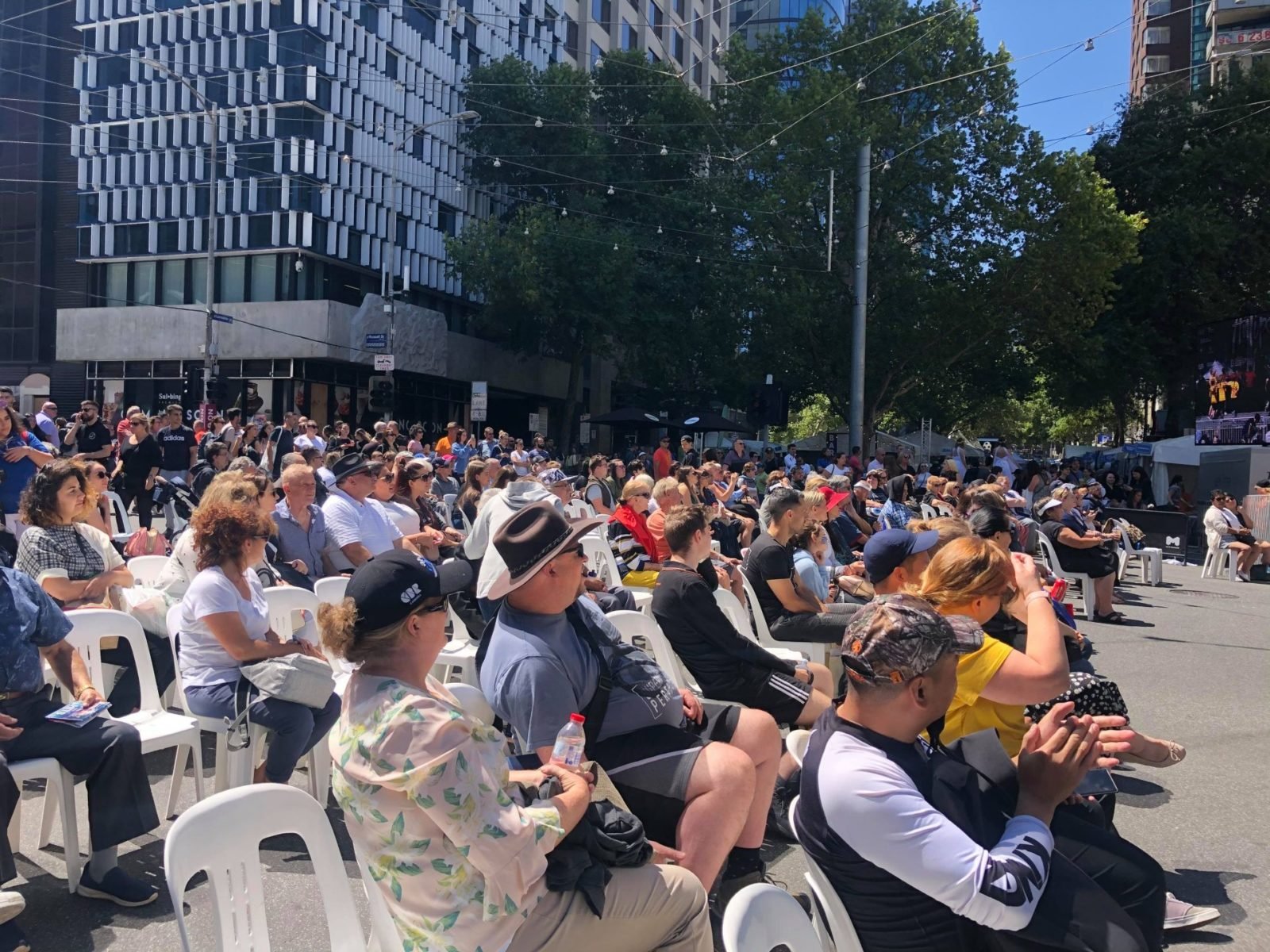 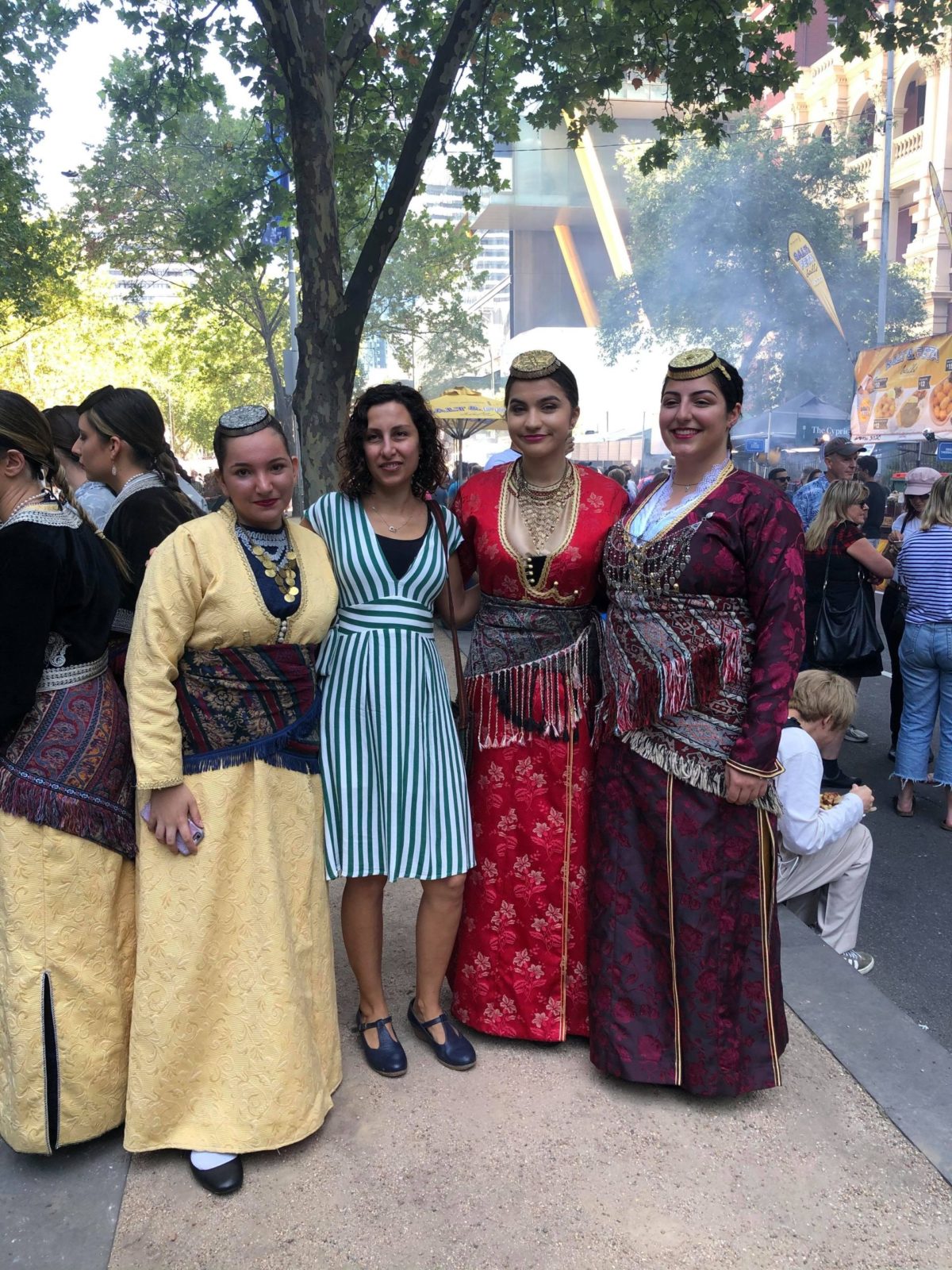 The Zorba ‘Til You Drop is in full swing

The Antipodes Greek Festival has gotten off to a great start, with early arrivals treated to a sneak peak performance by the headline act. Giota Negka took to the Delphi Bank stage to warm up with her band, impressing with her powerful voice.

Preparations were underway with trucks closing down Lonsdale Street. The fun kicks off at 11am on Saturday. 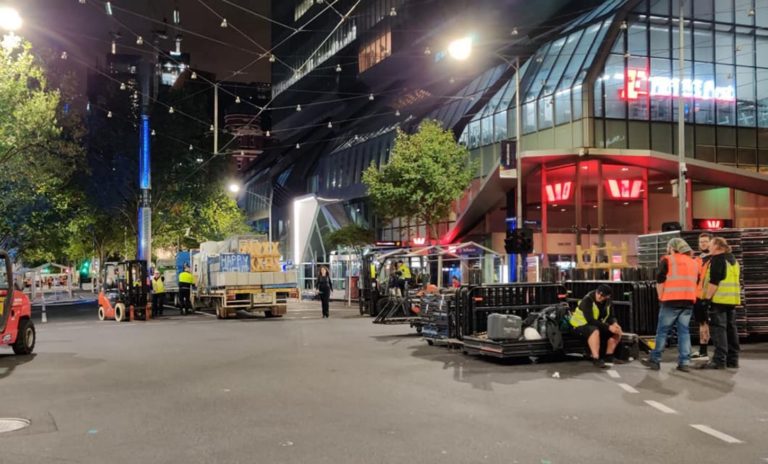 READ MORE: The Antipodes Greek Festival is just around the corner

Neos Kosmos will be there to cover festivities. Check our site for our live blog throughout the festivities. And send us photos and videos from the event to mary@neoskosmos.com

The Zorba Til You Drop Competition is in full swing! Best dancer wins a trip to Greece 🇬🇷 opa!