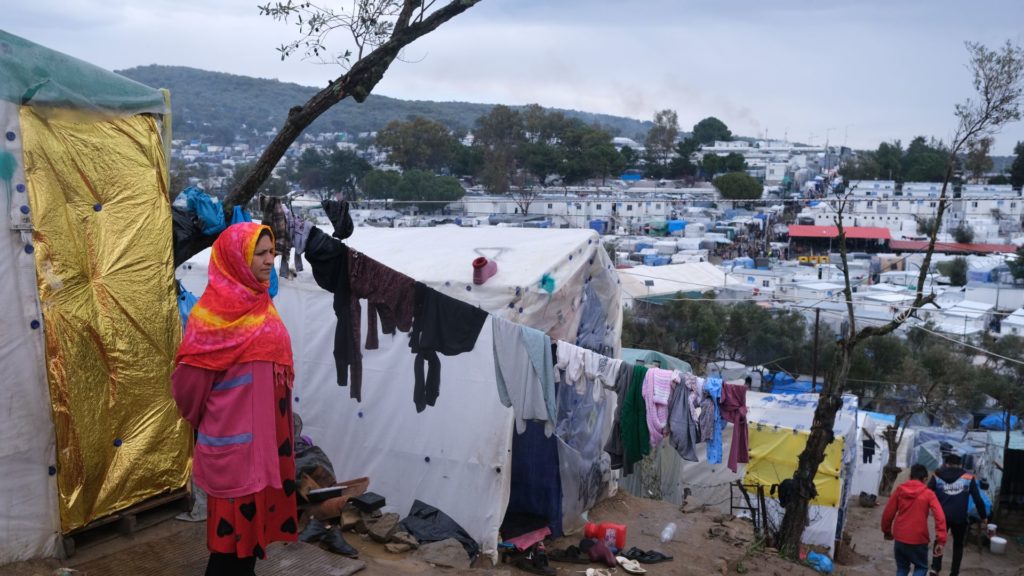 A migrant stands next to her makeshift tent outside the perimeter of the overcrowded Moria refugee camp on the northeastern Aegean island of Lesvos on March 11. Camps on Lesvos and other islands of the eastern Aegean are already overcrowded and operating above their capacity. Photo:AAP

A financial aid deal has been agreed which offers a large cash incentive for migrants living in overcrowded migrant camps on the islands to leave Greece.

The deal brokered between Greece and the European Union would offer a €2,000 incentive to encourage 5,000 migrants to leave Greece.

“We have agreed on a temporary voluntary return programme for a period of one month”, said Ylva Johansson, the European Commissioner for Home Affairs who announced the programme with Greece’s Migration and Asylum minister Notis Mitarakis on Thursday.

She said the programme would be accompanied “by an allowance of €2,000 which will help people to reintegrate in their country of origin.”

The offer would be open only to those who had arrived in Greece before 1 January and was aimed at reducing the pressure of overcrowding in the Greek island camps.

The programme will be funded by the European Commission and organised in cooperation with the International Organisation for Migration and Frontex.

Mr Mitarakis said that the voluntary returns from the programme would be added to the transfer of 10,000 asylum seekers who were on the Greek mainland.

According to Euronews Ms Johansson said that seven EU countries had announced “the possibility of housing at least 1,600 (unaccompanied) migrant children living in Greece.”

“We are not very well prepared, we still lack a common policy on migration and asylum policy and I am working on this,” said MsJohansson. She said she would announce her proposals in April.

The programme would not apply to asylum seekers who entered Greece after Turkey announced it was opening its borders for migrants to leave for Europe on 28 February.