Is coronavirus extraordinary? Digging into Greece’s mythological past 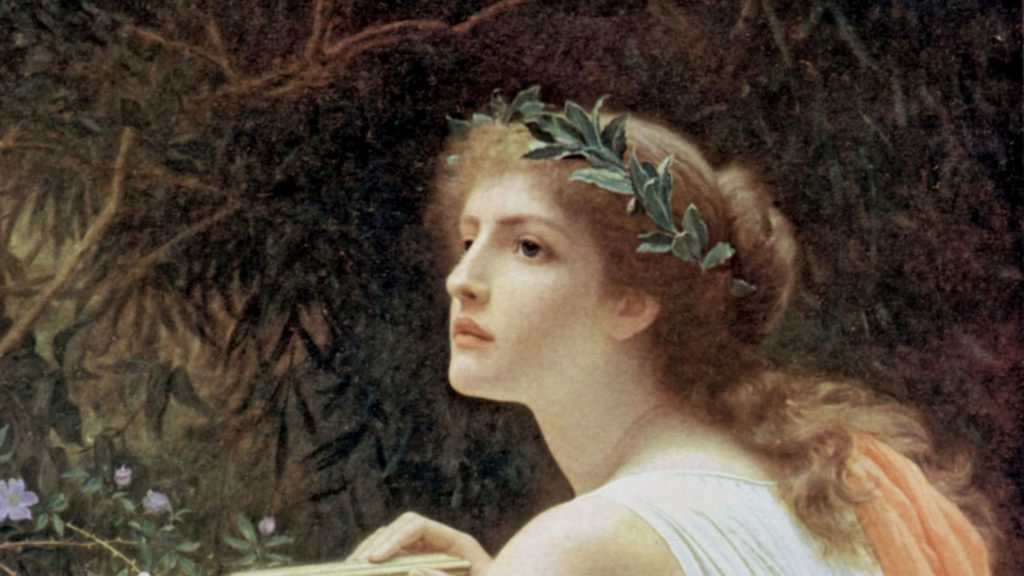 We live in extraordinary times. Not one e-mail, newspaper article or TV news broadcast fails to remind us of this seemingly obvious fact. The grievous loss of loved ones, the fear of infection are real concerns that have shaken the modern world to its very core. Even as the COVID-19 pandemic grudgingly eases its grip in some areas, the real economic and emotional fallout is yet to come.

But given that the dictionary definition of the word is ‘very unusual or remarkable’, exactly how ‘extraordinary’ is our current plight? How do today’s viral woes shape up when compared to western thinking millennia ago?

Greek mythology alludes to some of our earliest notions of disease, starting with the obvious one, Pandora’s box. The story is so well-known that it has even become an English idiom. Actually, however, it is a misnomer – the authentic version being Pandora’s jar (or ‘pithos’ in Greek). This is infinitely more appropriate as Pandora was supposedly made out of clay (and I don’t just mean her idiomatic feet).

In any case, when curiosity got the better of our clichéd porcelain friend, all the tea in China couldn’t stop what happened next – the evils of the world were irreversibly released, including two perennial favourites, sickness and death. The twist was that hope – the very inoculate you need to survive evil – remained in the jar. Bummer.

Now, I’d say as parallels go, that is quite extraordinary. The only things missing are an unsanitary Chinese food market, a pair of chopsticks and a bat.

But as ever, when delving into Greece’s mythological past, there’s always so much more…

I’m certain you’d agree that there wouldn’t have been much point in releasing sickness and death upon the soon-to-be very unhappy world unless they were allowed to run around a bit and do their thing – and to good effect.

Paradoxically, at least one of Pandora’s escapees gave Hades, God of the Underworld, a new lease on life. In the Odyssey, Homer offers his job description as “King of all the perished dead.” I’m sure you’ll agree that it has a definite ring of finality to it, especially for those misfortunate enough to meet Hades face-to-face, rather than via a Zoom or Skype call.

Pandora’s escapees also kicked off the Greek Tragedy genre. No point dragging yourself and the missus to a Greek amphitheatre on a cool summer evening back in 430 BC unless a lot of suffering punctuated by a melodramatic demise could be endured.

Infinitely more tragic, however, is the not so distantly related Hollywood blockbuster. Where would they be without the visitation of illness and/or death somewhere in the script? Just think of Brad Pitt in that movie where he fights against a world full of infected Zombies by heroically running away to preserve his good looks, and you’ll understand what I mean by real tragedy.

Despite the distortions Hollywood is shamefully capable of, the truth is that stories have always been a mirror of the real world – our attempt to explain and learn from everything that goes on around us. As such, sickness and death have always been the bread and butter of story-telling. Be it the inevitability of age, an over-dramatic murder in a Greek play, or the extermination of all mankind by frenzied global Zombie attack, they are a foundation and not extraordinary at all.

Now that we have more of a handle on sickness and death, let’s take a closer look at what Greek mythology has to say about actual pandemics. The story is told through the deeds of that awesome physical specimen and favourite of American astronauts, Apollo.
Unlike Hades’ unenviable job description of keeping dead people dead, Apollo had far more diverse interests. As well as being God of both the sun and light, his divine dominions included the righteous endeavours of knowledge, prophecy, healing, poetry, music, songs, dance, archery, herds and flocks, and the protection of the young.

Wow! I bet he had a busy workweek. Most of it couldn’t possibly have been done on-line from home either!

To shorten that rather long description, Apollo was a God who offered help and warded off evil in times of crisis – even for sheep. However, there was something far more sinister lurking behind those olympian chiselled looks than you might expect.

As Mycenaean King Agamemnon of Trojan War fame was soon to discover, Apollo’s résumé was to die for, almost literally. You see, in his human arrogance, Agamemnon had foolishly forgotten that Apollo also happened to be the big cheese when it came to pestilence and disease.

The story goes like this; Chryseis was a prize of war, who was also the ravishing daughter of the high priest of the Apollonian cult (i.e. Apollo’s ‘man on the ground’). Ever protective of his booty, Agamemnon put Chryseis in permanent lockdown with presumptuous plans of ravishment in mind. Consequently, she was destined to “grow old, busying herself with her loom and visiting my bed!” His words, not mine.

Faced with the horrible prospect of his daughter being stuck at home with such a narcissistic ogre without so much as the reprieve of a Netflix subscription, the high priest did what any self-respecting religious leader worth his flamboyant robes would do. He offered a trove of gold and silver gifts so as to ransom her return. However, Agamemnon flatly refused; “Chryseis is never to go outside and play with the other priest’s daughters!” My words, not his.

In absolute desperation, the high priest found himself appealing to his sacred cheese maker for help.

Enraged by the King’s insolence, Apollo’s cheese well and truly curdled. Sweeping down from on high (is there any other way?) “with a face as dark as night, his silver bow rang death as he shot his arrow in the midst of them,” according to Homer’s Iliad. For nine whole days, diseased-tipped arrows rained down on the defenceless Greeks. No face mask or rubber glove could deflect the deadly shafts.

“All day long, the pyres of the dead were burning,” Homer says. The carnage put a definite squeeze on Agamemnon and his daily press briefings, not to mention making his presidential leadership absolutely stink.

When the usual antidotes of animal sacrifice, blood letting and the breaking of sacramental cheese crackers totally failed, the only ointment left in the arsenal against the ever-widening contagion ended up being a monumentally huge dose of humility.

So, in spite of his legendary egocentric pride, Agamemnon was begrudgingly forced to release his largely innocent (but nevertheless quite captivating) captive. Thus appeased, Apollo simply withdrew and the pestilence abated.

Exultation! Elation! In language the kids can understand; A major Up! The lockdown was finally over! Not only could Chryseis now go out on a wild credit-card shopping spree with all her friends, but she could fully justify the entire extravagant expense as a way of re-booting the recently beleaguered Chinese economy.

Alright, I know! Apart from the snide sexist, political and racial inferences, even less astute readers are bound to point out the inherent cause and effect error in the story. To dumb that down a little; the mythological lockdown was before the epidemic, not after, in the same way that the egg is always laid behind the chicken, not in front (or something like that – just because I know the word, doesn’t make me an expert on oviparity!). Another disclaimer is that the anachronistic references may be more disturbing when put back into the correct chronological order (they say, after all, that humour is all in the timing!).

However, as a paradigm on which modern events can be superimposed, it is undeniable that the ancient Greeks had already sorted it all out in their storytelling thousands of years ago. Again, we have to question just how ‘extraordinary’ our current situation is.

The simple truth is that we all have to accept the fact that we are biological. Despite the apparent powers of technology, there is no escaping it. It is who we are and what we are made of. The unfortunate consequence is that pandemics are nothing new or remarkable. As we’ve seen, even mythology is plagued by them! Pandora set the precedent long ago. Indeed, the Greek myths of heroes and monsters tell of a world view that was as relevant to them as it is for us today – and that’s what I am willing to call truly extra-ordinary!