St Basil’s copped the COVID-19 spotlight, but it’s just the tip of the iceberg in aged care problems 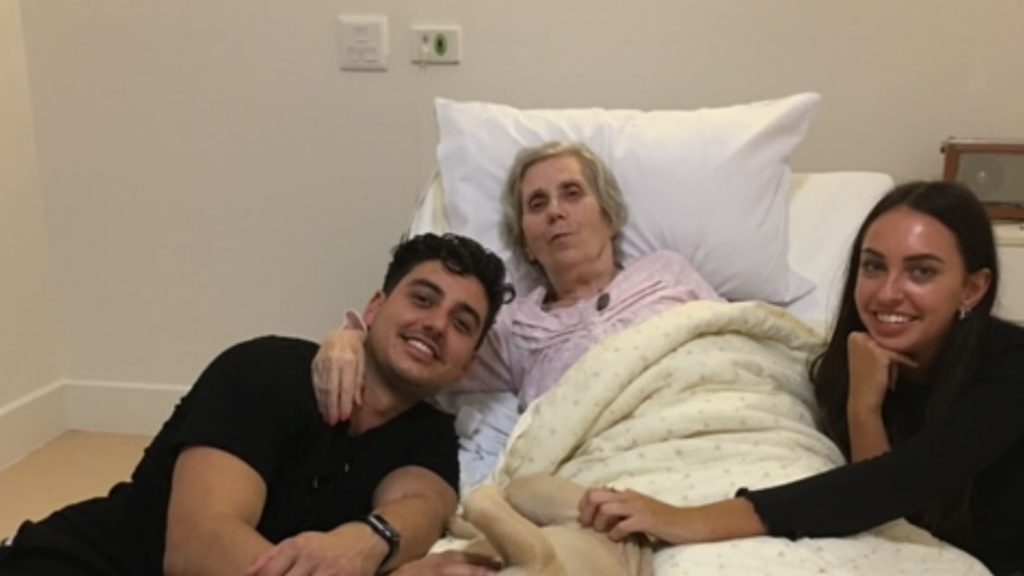 Serafia Pateritsas is one of the lucky ones in aged care as she has access to a phone and her family nearby. Photo: Supplied

But when Greek-born Elizabeth Manovski speaks about her mother Serafia Pateritsas, 80, left covered in faeces for hours on end, ignored and even yelled at by staff, it is not St Basil’s she is referring to.

“Inadequate care is a problem across the board,” Ms Manovski told Neos Kosmos, speaking of overworked and under-trained staff working at a ratio of two people for every 30 residents, and barely able to communicate to residents in English.

“I mean, I can’t understand what they’re saying, let alone a frail person,” she said. “There’s no way that half of these people can understand a lot of the staff members. Basic training is missing. […] Common sense, you know, you’ve just wiped somebody’s genitalia after toileting them and you’ve used the same gloves to clothe them and feed them.”

When she received a phone call by the management of the facility that her mother had tested positive to COVID-19 on 4 August she was not surprised “based on the lack of high standards” as there was no infection control that she could observe.

“I noticed staff members going into the facility without sanitising, without wearing masks,” she said. “I actually confronted one of the staff members and she pulled out a dirty mask out of her pocket and put it on her face,” she said. “I observed kitchen staff going in without masks and without gloves into the kitchen.”

Ms Manovski recalls a two-hour long conversation with her mother at Benetas St George in Altona and is not surprised that her mother also contracted urinary tract infection, caused by bacteria from wastes entering the urinary tract – often the result of poor personal hygiene. “She said, ‘I just wanted to die’. She said, ‘I’m covered in faeces’, you know, excuse the detail. She said ‘it’s coming out of my back’,” Ms Manovski said, adding that her mother’s calls to be changed were ignored for a long period of time.

“During that conversation, I heard a staff member come in and say, ‘What do you want Serafia?!’ She was actually yelled at.”

Though Ms Manovski chose Benetas St George because it was one of the better aged care providers close to her home, she encountered shocking conditions which she believes is the case across the sector. “I can’t even begin to tell you of the neglect,” she said, “and we’re lucky because my mum’s got a phone whereas others can’t call their families.” 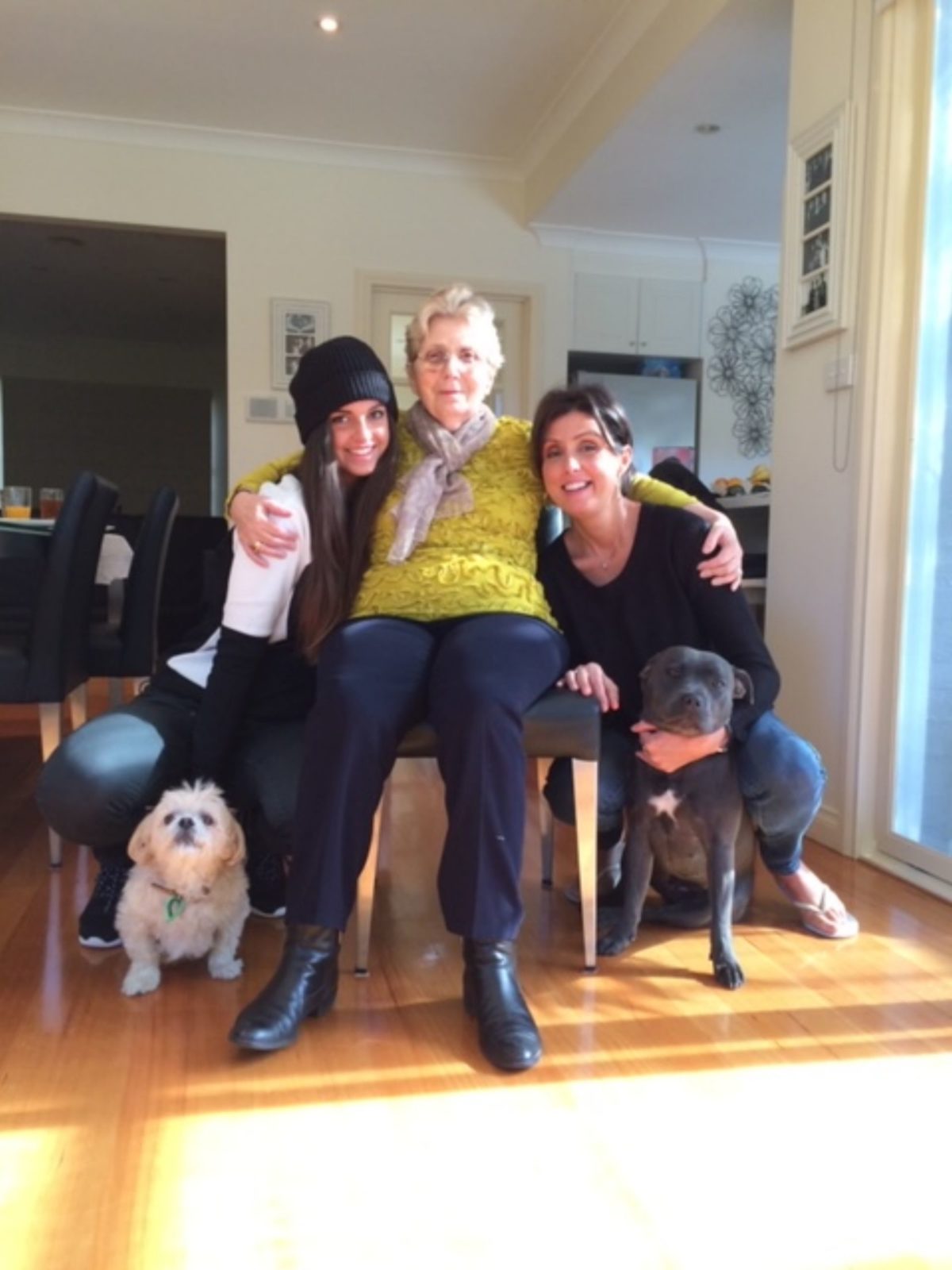 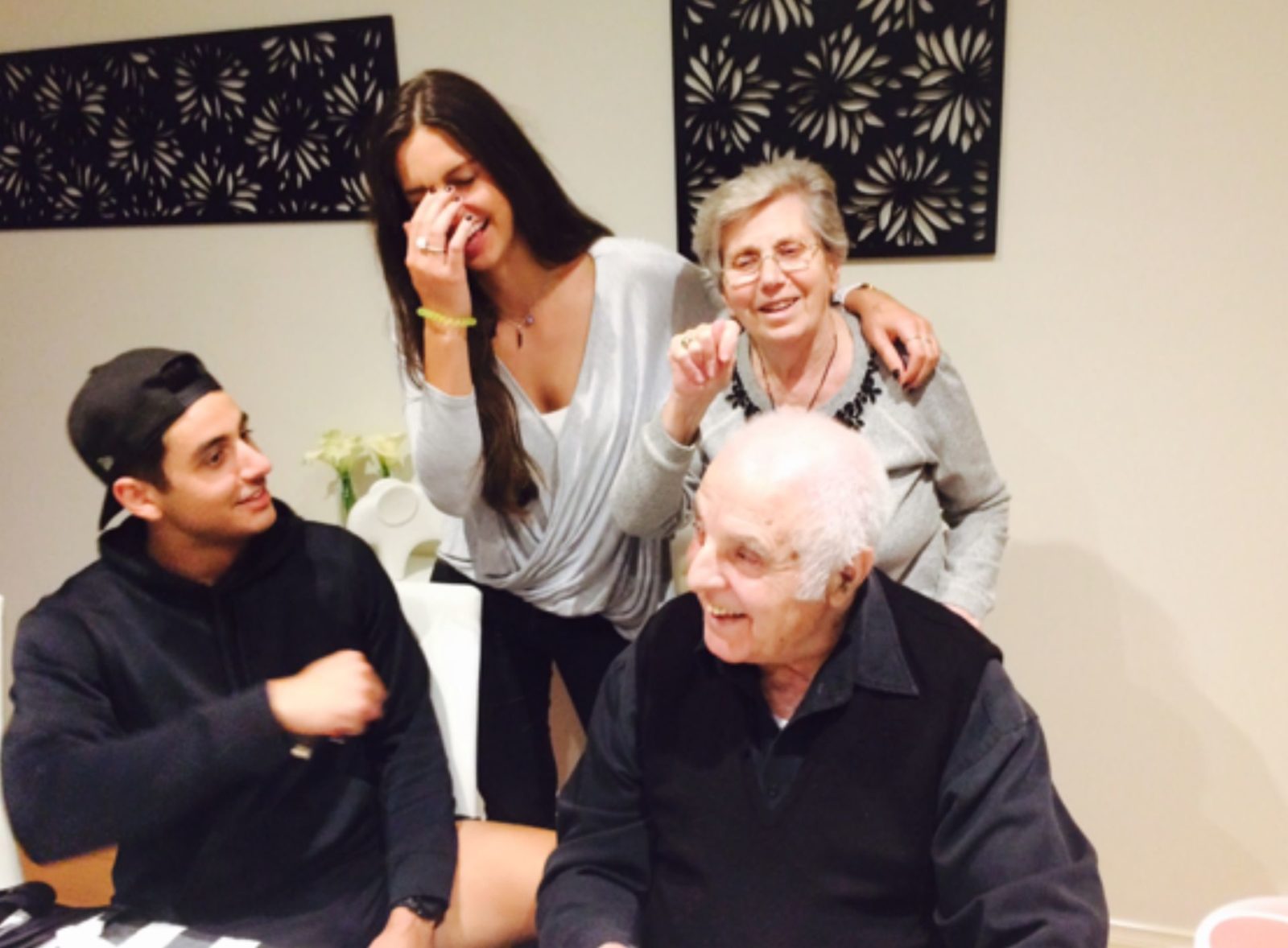 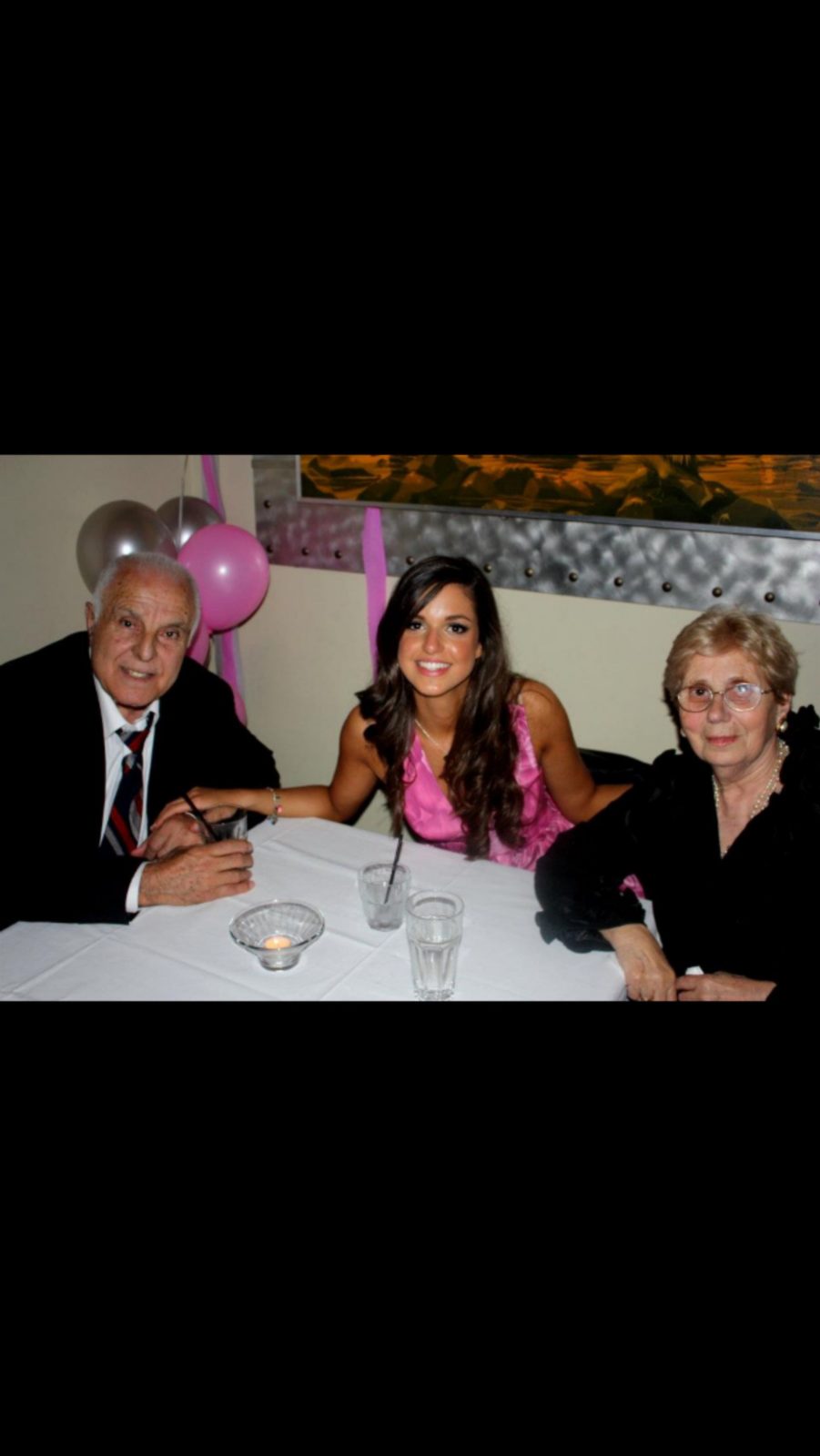 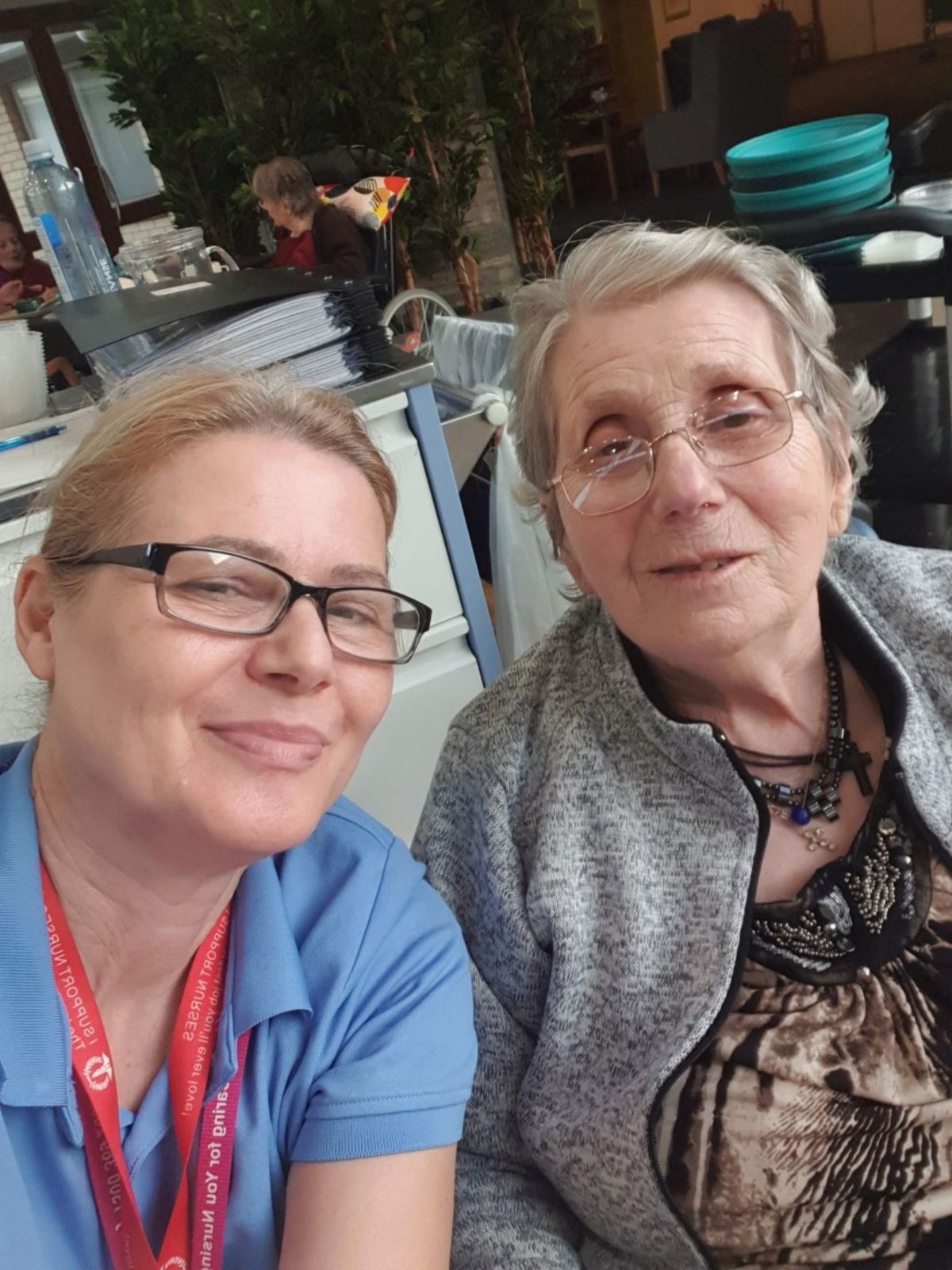 Ms Manovski arrived at Port Melborne with her parents from Thessaloniki in 1971, and they went on to live with four other families in a shared house in Richmond while doing manual labour as they couldn’t speak English at the time. They worked hard and bought their own home in two years, however Ms Manovski could never have imagined that her mother’s twilight years would be marked with such despair, disrespect and neglect.

“They’re locked in their rooms 24/7,” she said. “So they don’t even go out for fresh air. My mother has not been out for fresh air other than the trip to the hospital (when she tested positive to COVID-19) and back for two months.”

Opposition Leader Anthony Albanese said that respect for the aged is of particular importance to multicultural communities.

“Actually one of the things that multicultural communities have brought here is the way that the elderly are treated, in terms of cultures,” he said. “I know the Greek culture coming from Marrickville, which is the heartland of the Greek community in Sydney. I know that older people are just revered and respected. And it must be just so tough.”

READ MORE: Some Aged Care homes and the Federal Government must share the blame for coronavirus crisis

He said that the first point in Labor’s eight-point plan for aged care could help mums like Ms Pateritsas if immediately implemented. It pertains to minimum staffing levels. Apart from addressing staffing shortages, he also spoke of the importance of implementing guidelines already recommended by Royal Commissioners, including funding, transparency, training and PPE equipment. Last Monday, Royal Commissioners came out and said “yeah, if the advice from previous reports had been taken, we wouldn’t be in the current circumstances,” Mr Albanese said.

Ms Manovski points out to weaknesses in the government’s monitoring system. Australian Prime Minister Scott Morrison’s talk about DHHS going out to the facilities is not a way of gauging the situation when providers are given notice to prepare and present a front that doesn’t adequately represent the residents’ daily life. “They need to turn up without notice and see what’s really going on,” she said.

Andrew Giles MP, Shadow Minister for Cities, Multicultural Affairs and Assisting Immigration, told Neos Kosmos there needs to be real communication with multicultural communities, and not just translations, which in some cases are “inaccurate and misleading”. He pointed to a “failure to listen to the community”.

Mr Giles said listening is the key. And people like Ms Manovski are crying for justice, equity and to be listened to.

“One day we’ll all be in my mother’s position,” Ms Manovski told Neos Kosmos. “We all deserve decent aged care.”

At Neos Kosmos, we have been working hard to tell the stories of relatives lost to COVID-19, and will continue to do so. If you have a loved one which you would like to pay tribute to or have a story to share with us, please send your details to mary@neoskosmos.com.au 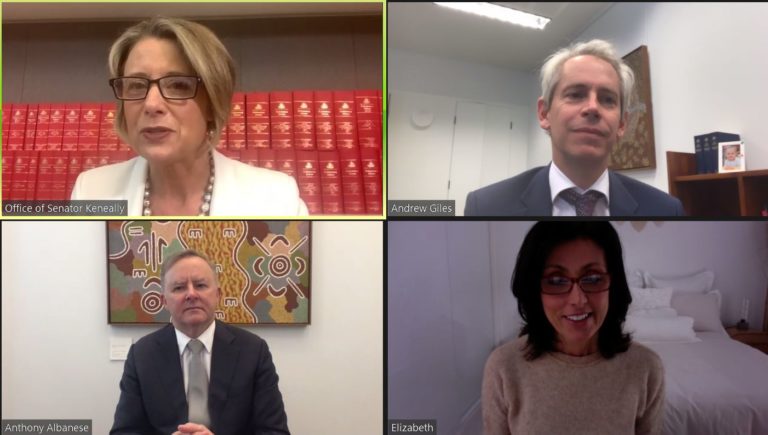