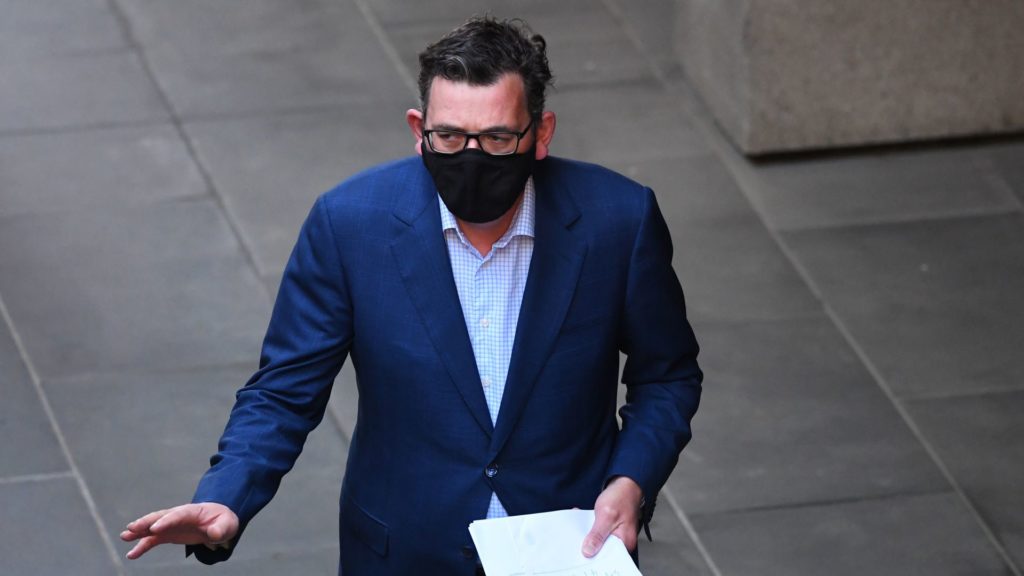 Has Daniel Andrews and his government relied far too much on technology to make decisions on the health and well being of Victorians?

Over the past few months,Victorians have been subjected to one of the worlds harshest and draconian lockdowns ever known in the history of man.

The Roy Morgan Poll indicated that 70 per cent of all Victorians supported Daniel Andrews’ lockdown provisions. One should question what electorates was the survey taken

The Victorian Chief Health Officer stated that he was not consulted about the use of curfew provisions.

The Police Commissioner is on record as stating that he was not consulted about the lockdown provisions.

Victoria’s Premier Daniel Andrews has stated that he was not informed about Australian Defence Force offer of support.

Premier Andrews is on record as stating that a whole range of people were consulted but could not pinpoint as to where the idea actually was arrived at. He eventually advised that it was his decision.

Victorians were subjected or force fed data, information and statistics on a daily basis based on information divided by digital information.

In most if not all, digital information is subject to human interference, manipulation, flawed mathematical equations, deception and unknown artificial conscientiousness.

Death notices do not always describe accurately the reasons for expiration. Statistics are very easily manipulated by human intervention, deliberately or by accident. Tracing and modeling .based on mathematical equations have been proven to be unreliable, providing different outcomes every time.

Political figures and non elected officials and bureaucrats making decisions based on the information they are provided, yet fail to see the seeds of destruction being planted.

The above is but the tip of the iceberg. One could add more to the list but I am sure that readers get the gist of what I try to project.

The point of it all is that we have lost the ability to think things through, look at the issues involved holistically, make decisions that are balanced, consider all the options, whether they are political, economical and what is the desired outcome.

My question at the beginning of this article whether Daniel Andrews and his government relied far too much on technology stands true.
Victorians need to take all of the above into account and make their voices heard. Write to your local member at the State and Federal levels voicing your concern.

We as a society cannot afford to be seduced and manipulated by information that is based on technology alone and return back to talking with one another. After all we are human and not machines living within a digital matrix.

As always, have a great day. Don’t let the ills of this world get you down as it’s still a beautiful place if Premier Andrews let’s you out of quarantine.

Finally never have fear as a companion, fight the good fight and never give up. The future is in your hands and not that of Premier Andrews and his government.