Greek Australians among the 25,000 stranded abroad 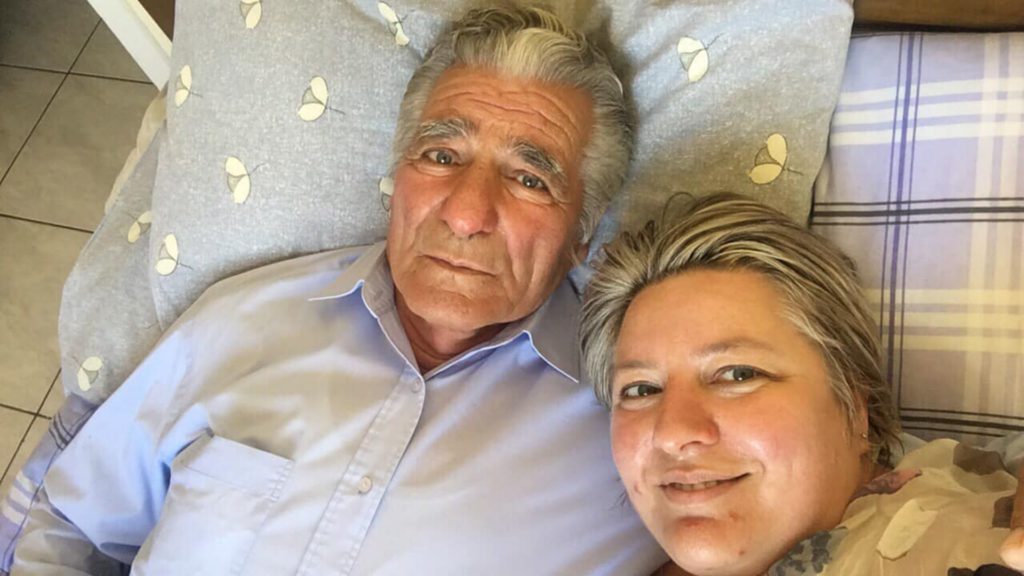 Christine Karvelas and her father, who she just managed to see after struggling to get a travel exemption. Photo: AAP

The experience of travelling between Australia and Greece during COVID-19 is an Odyssey for those who attempt this, and the Karvelas family have experienced hassles more than once this year.

A few months ago Andreas Karvelas and Ioannis Lampiris were in limbo after coming for a wedding to Melbourne. Neos Kosmos documented their struggles and difficulties in getting a flight home as a result of cancellations and suspensions due to COVID-19. Now, Melbourne-based Christine Karvelas is one of the 27,000 Australians stranded abroad.

Getting a travel exemption to visit her father in Greece, who passed away soon after she arrived last month was a trial in itself, however returning home is proving to be just as challenging.

“I telephoned the airline and instead of leaving on 27 September, the date of my return flight, they said I will leave on 24 October around two to three weeks ago,” she said.

“Now they have changed this and said that I will return in December. They told me that I would need a special application to leave earlier and it is not certain that this would be approved.”

The government had put a limit on 4,000 people who can visit Australia per week (due to the 14-day hotel quarantine self-isolation measures currently in place for travellers), and a new announcement lifted this to 6,000 people.

Many air carriers are cancelling flights or forcing passengers to pay for business class fairs in order to return home.

READ MORE: Getting a flight home, a costly Odyssey for Greek nationals stranded in Australia