Is this really the end for Australia’s ‘Greek University?’ 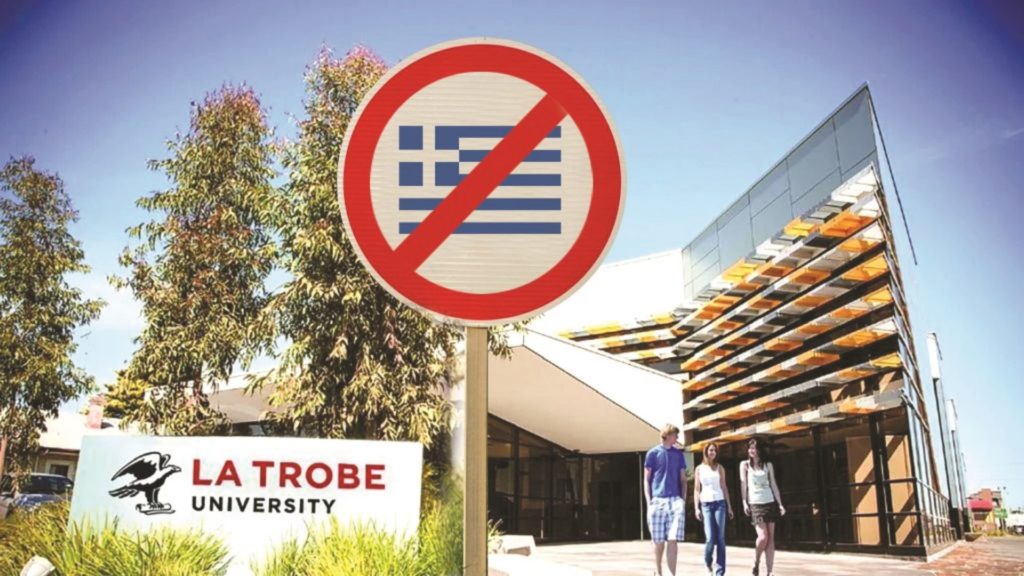 La Trobe University Bundoora is the most ‘Greek’ of all of Australia’s Universities. For almost forty years, it has served as the preeminent destination for thousands of students interested in pursuing Greek learning. Its designer Roy Simpson had a very Greek vision in mind.  That’s why it has an ‘agora’, a ‘peribolos east’, a ‘peribolos west’ and an amphitheatre by the moat. But there are dark clouds on the horizon.

If current proposals to reduce programs deemed as no longer being financially viable are implemented, Victoria’s only comprehensive Greek Studies Program, will soon cease to exit. The most vibrant Greek diaspora in the world will also lose its representation in higher education.

Revenues of Australian universities have recently taken a great hit because of COVID. Unfortunately, it is the inevitable result of an over-reliance on international students.  When viewed in this light, it makes sense to question the viability of programs that are a drain on an institution.

The Bundoora Campus’ Modern Greek Studies Program, however, is unique in that it is largely funded externally. In the past it has been supported by Greek and Cypriot governments. More recently, it received the significant bequest of the late Anastassios Vasilogiannis.  The Vasiliogiannis Fund currently supports several of the Greek Program’s subjects.

The Greek story is by no means the only, or most important, migrant story in Australia.  It nevertheless lies at the heart of Australiana. Diminishing its cultural representations is tantamount to diminishing the significance of its contributions.  And the Greek language has, for more than a century, been the medium through which the Greek-Australian story has been articulated.  This has been possible thanks to La Trobe University’s, Greek Studies Program, Bundoora.

The proposed closure of the program is a step in the wrong direction.  It will not only impact the cultural representation of a large and vibrant community, which places such emphasis on its mother tongue, it will adversely affect students currently completing their Honours, Masters and PhDs.  It will also deprive the Greek community of an internationally recognised Program that has long functioned as a cultural conduit between Greek-Australian and other Greek diasporas around the world. Networks built over four decades, will be totally dismantled.

Ultimately, the question of the Program’s existence should be examined within the context of its broader function and contributions to Australia’s cultural tapestry rather than exclusively on the basis of financial viability.  It should be seen as an affirmation of cultural pluralism, a success story of our coming together rather than a liability.

Dimitri Gonis is a Lecturer in the Department of Languages and Linguistics, La Trobe University, Bundoora. A variation of this article was originally published in The Herald Sun.