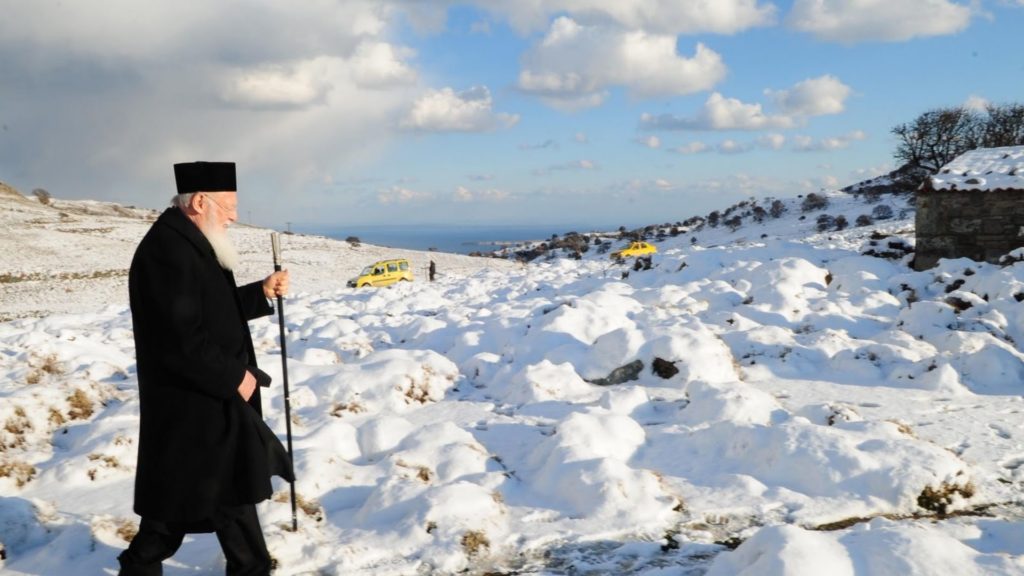 The Imvrians Society of Melbourne has embarked on a world first – to create an exhibition that will commemorate the role of their home island in Australia’s Anzac story and the Gallipoli Campaign.

Imvrians Society Committee Member George Xinos is excited that the Club has embarked on this important project that aims to educate the community on the important role of Imbros in the Anzac story.

“We have been discussing putting together this sort of project for many years and we now are on the brink of realizing it. We are so proud to be working with historian Jim Claven to bring this story to Melbourne’s Hellenic and wider community,” Mr Xinos said.

Imbros is an island in the northern Aegean, located between Lemnos and the Gallipoli Peninsula. Along with Lemnos and nearby Tenedos, its overwhelmingly Hellenic population was joined to Greece during the Balkan War of 1912. After the Asia Minor catastrophe, Imbros as well as Tenedos were awarded to Turkey. Many Hellenes from Imbros immigrated to Australia from the 1960s.

The local Hellenic community was reduced from almost 10,000 to 200 by the 1970s but recent events have seen an increased Hellenic presence. Minority schools teaching Greek, as well as Turkish, have re-opened on the island in recent years after a 50year absence, giving young families new confidence to return to the island. Approximately 60 students now attend these schools, and the Hellenic population is now re-approaching 500.

Since the 1990s many of the Imvrian diaspora have been welcomed back to the island in droves every year for their annual paniyiri celebrating the Assumption of Mary, Panagia being the Greek name for the island’s capital. Greek Orthodox Patriarch Bartholomew I was also born and spent his formulative years on the island. Melbourne’s Imvrian Society was formed in 1970, bringing together Hellenes from Imbros and those of Imvrian heritage who had settled in Victoria. The Club is based in Melbourne’s south east and has held many community functions over the years. Australian soldiers, probably belonging to the 6th Battalion, playing a game with Greek children in the courtyard of a stone house, Imbros, January 1916. Photograph by John Rogers. Australian War Memorial During the Gallipoli campaign Imbros – along with Lemnos and Tenedos – were granted by Greece to the Allies for use during the campaign as forward bases. For nearly twelve months the three Islands played a pivotal role in the campaign, central to the supply, health and communications with the front on the Gallipoli Peninsula.

While Lemnos was transformed into the main advanced base for the campaign with its many hospitals and secure harbor, Imbros itself played host to significant Allied forces throughout the campaign.

First and foremost Imbros was the transit point for Allied shipping carrying troops to and from the Anzac and later Suvla fronts. Imbros’ large Kephalos Bay saw hundreds of warships, troopships and transports arrive and depart as they supported the Allied effort on the Peninsula. When the Anzacs made their way to Gallipoli from Lemnos, they first arrived at Imbros where they changed ships before departing for the landings at Anzac Cove on the morning of 25 April.
It was also the location of the overall Allied commander’s (General Sir Ian Hamilton) headquarters, with all the support that such a base of operations required. Along with medical services, Imbros was the location of field bakeries, including those run by Australian units, which supplied fresh bread to the Allied troops on the Peninsula. Aerial photographs from time reveal the extent of the large tented camp established near the shore of Kephalos Bay.

Another important aspect of the role of Imbros was the location of an Allied correspondent’s camp. It was here that Charles Bean, the Australian officer newspaper representative – as well as the other Australian journalist Phillip Schuler and other Allied press representatives – were based. Charles Bean – who would become the official historian of Australia’s involvement in the First World War – would name their home the “Villa Pericles”, in homage to the ancient Hellenic heritage of Imbros.

And the writings and letters of Australian and other Allied soldiers who came to Imbros include many references to their interaction with the local Hellenic population, visiting the local churches, eating their food and the local beverages. Photographs from the time show Australians interaction with the locals, being invited into their homes. Charles Bean would photograph some of the medieval ruins on the island and Phillip Schuler some of the iconic environment of Imbros.

Imbros would be retained as an Allied base after the end of the Gallipoli campaign. Along with the other nearby islands, its proximity to the entrance to the Dardanelles ensured its importance to Allied naval and air forces in their successful effort to block the straits and deny Aegean to Ottoman and German naval forces.

The contribution of the Island of Lemnos to the Anzac story and Gallipoli campaign is much better appreciated these days thanks to the efforts of Melbourne’s Lemnos Gallipoli Commemorative Committee. Now is the time to expand this appreciation to encompass the contribution of Imbros and its people to these important aspects of Australian, Hellenic and Imvrian history.

As a historian I have walked the Anzac trail on Imbros, carrying out field research informed by the photographic and archival records in Australia. In many respects Imbros – in many ways like Lemnos – offers the visitor interested in this aspect of its history a clear window into the past. Many of the scenes and locations photographed by the Anzacs in 1915-16 have hardly changed, eerily reminding one of the timelessness of the island.

READ MORE: Remembering the Hellenic Link to Anzac on 11 November

Mr Xinos said that the aim of the project is to display many of the Allied photographs from the time, revealing the extent of the Allied – and Australian – presence on the island, explained with historical notations and further illustrated by modern photographs of the same locations. An exhibition booklet is also planned to be produced.

“In this way we are hoping to bring to life this important aspect of Australian and Hellenic history for the appreciation of a new generation,” Mr Xinos said.

Mr Xinos also said that the Club hopes to work with Mr Claven to advance the commemorative visitors experience on the Island of Imbros itself. They hope to promote this possibility to the island’s authorities, extending the existing “Gallipoli experience” to include Imbros and maybe even Tenedos.

“This is early days but there is no reason that commemorative visitors should not come to Imbros and walk through its villages in the footsteps of the Anzacs of 1915-16,” he said.

The photographic exhibition is planned to be held from mid-year, commencing at the City of Kingston Town Hall in Moorabbin, before proceeding to other locations throughout Melbourne, interstate and potentially internationally.

The Club has gained Victorian Government funding for part of the proposed exhibition. They have now launched a community fundraising campaign to support the rest of the project.
Details of the proposed exhibition and how you can donate can be found at the following internet web address: https://www.gofundme.com/f/imbros-gallipoli-revealed
Mr. Xinos encouraged anyone in the community who is interested to consider making a donation, large or small, all contributions are welcome.
Jim Claven is a trained historian, freelance writer, Secretary of the Lemnos Gallipoli Commemorative Committee and author of Lemnos & Gallipoli Revealed: A Pictorial History of the Anzacs in the Aegean 1915-16.