“I stand before you today as the first person without an Anglo-Celtic name to put themselves forward as prime minister of this country, think about that – 120 years,” Labor’s Leader Anthony Albanese said at the launching of the report 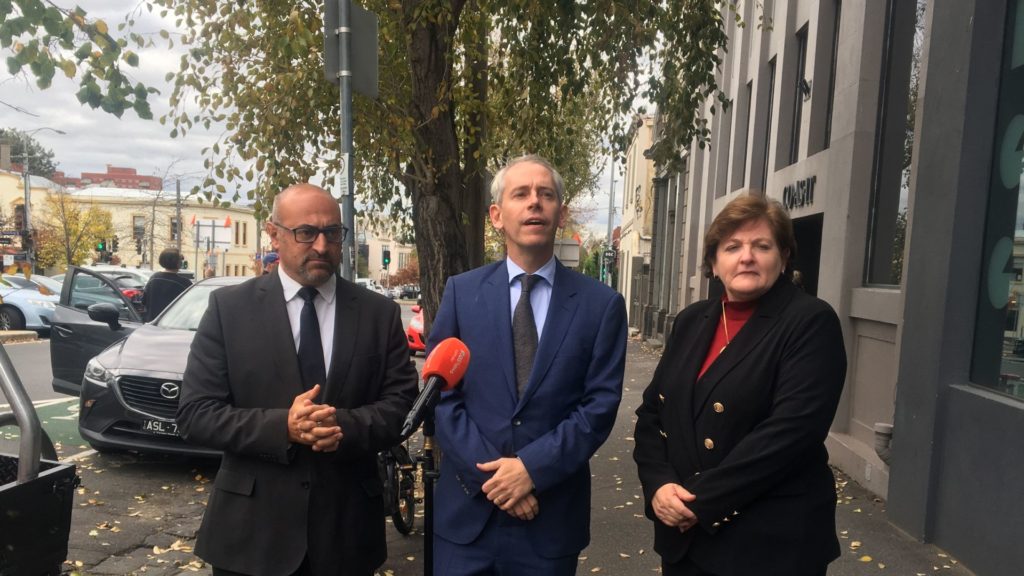 Multiculturalism has become quite a “buzzword” in Australia recently, bandied around by pollies to celebrate the diversity of Australia while traipsing from one photo opportunity to the next and then overlooking the real needs of multicultural communities when the time for legislating comes around.

Andrew Giles, Shadow Minister for Multicultural Affairs, gave credit to the Chair of the Labor’s Multicultural Taskforce, Peter Khalil, and Secretary Anne Stanley, for the quality of their work in the Report of Labor’s Multicultural Engagement Taskforce “to make sure we didn’t treat multiculturalism as just a buzzword” by ensuring “every perspective was heard”, on the one hand, but also coming up with recommendations to address the real essence of diversity and mapping the way forward.

Australia’s Labor Leader Anthony Albanese attended the launching of the report at the Museo Italiano, and said, “This report is part of a Labor tradition. Way back in the Whitlam government in 1973, the Labor government adopted the Racial Discrimination Act, something which the current government has tried to weaken in the eight long years they’ve  been in government.”

Asked about the backward steps during the pandemic, Mr Giles said the Prime Minister Scott Morrison and acting multicultural minister Alan Tudge telling international students to go home at the start of the pandemic was “offensive” to all Australians. The report itself, which was formed in late 2019 and kicked off with an inaugural meeting at the offices of Pronia, documents the fallout from the pandemic.

“There was an underlying level of prejudice and racism that does exist that kind of got exacerbated during the pandemic, particularly for Asian Australians,” Mr Khalil said.

The Taskforce met with multicultural stakeholders and community leaders across Australia for over 18 months and received more than 60 submissions to help inform how policies and services for Australia’s multicultural communities could be improved, in particular as far as access to services and business support bearing in mind the fact that “migrants are twice as likely to start a business, and a third of small businesses are owned by those born overseas,” Mr Khalil said.

“Even with this success in the business world, there are still structural barriers to Australians of diverse ethnic backgrounds across many other sectors of the economy.”

Mr Khalil, the son of Egyptian migrants who fled their home “in search of a safer and brighter future”, said that while casual racism and name calling has ended, we now need to tackle structural bias, adding “people experience structural bias when they try to access NDIS” and other services. He also pointed to the Parliament as being overwhelmingly monocultural, with few exceptions, with 95 per cent of board directors being Anglo-Australians and very few Parliamentarians of diverse backgrounds with few exceptions such as the Labor Leader, himself and of course Maria Vamvakinou, the first Greek-born woman to enter Parliament – “a trailblazer”.

“Despite accounting for roughly a quarter of the Australian population, people of diverse ethnic backgrounds make up just a fraction of senior leaders in Australia. Fundamentally our parliaments, universities, and corporate boardrooms are a closed shop,” he said.

“The report we’ve launched today is an important first step in building a more representative Australia, where people of diverse backgrounds feel as though no door is closed to them.” More needs to be done

“We are here today in Carlton, the Italian hub of coffee, food and culture in Melbourne, and it is easy for anyone – savvy pollies included – to bask in that iconic multiculturalism on display. But Italians, when they first arrived, just like every generation of newly arrived migrants, were racially villified, were called wogs and were considered outsiders,” Mr Kahlil said, adding that despite progress, more needs to be done for established and emerging communities alike.

Kris Pavlidis, President of the Pronia Board of Directors, who contributed to the report, especially in regards to suggestions concerning aged care, language and other issues, told Neos Kosmos, “There’s an assumption that the established communities such as the Greeks and the Italians are okay, and often that’s a bit of a shortcoming. They are okay, they fought really hard, they had courage and passion, so the next generations can have more opportunities, but we need to bring to the table that their are learnings to be had.”

The report was all-inclusive, taking into account the needs of different communities – old and new. One of the report’s recommendations is to consider establish a CALD focussed New Enterprise Incentive Scheme “Arrive and Thrive” to support new migrants in setting up small businesses. The recommendations also focus on improving access through better translation services across the whole-of-government and tailoring digital government services for CALD communities.

Mr Albanese said that the report makes recommendations which could “lead to practical outcomes” for Australia and be an example for the rest of the world, pointing to “the opportunity that we have to be a microcosm for the world, to show that diversity and difference of background, ethnicity, religious differences with respect for each other” is something “we are all enriched by”. He points to his own son’s education at Dulwich Hill Primary School where the class, filled with students of diverse backgrounds, sang a song in Chinese. “How fantastic is that!”

“I stand before you today as the first person without an Anglo-Celtic name to put themselves forward as prime minister of this country, think about that – 120 years,” he said, adding how his “family back in Italy are proud of the prospect of having an Albanese as the leader of Australia”. He hopes to break the barrier, to be an example, and to ensure that Labor can continue pushing boundaries.