Professor Arthur Christopoulos elected as Fellow of the Australian Academy of Science, and makes his mum cry 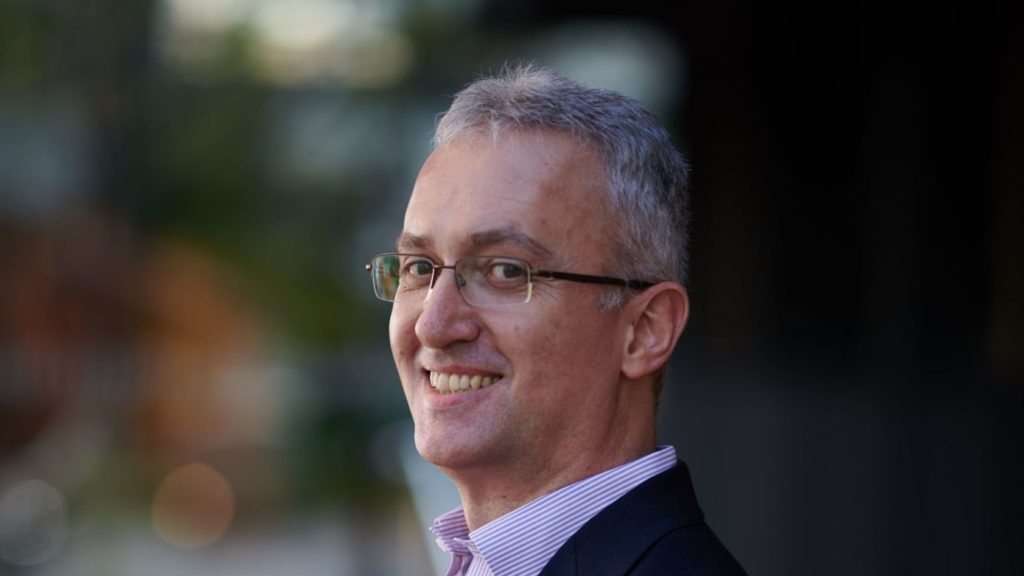 When Professor Arthur Christopoulos, Dean of the Faculty of Pharmacy and Pharmaceutical Sciences at Monash University, told his mother he was elected Fellow of the Australian Academy of Science, she asked, “Son, what does this mean?”

He had to explain that it was like the “Hall of Fame” for academia, and the former seamstress from Messinia cried for the right reasons.

She was not the only woman to be moved by his achievements. “Today, the announcement was made,” he told Neos Kosmos. “That’s an extra present for my wife because it is her birthday, and I wouldn’t be here without her. We met as PhD students in pharmacology, did our post doc together in the USA, she now works at my faculty and we’ve been together for 26 years.”

With this fellowship, Professor Christopoulos is now part of an elite group of experts, and feels honoured to have been chosen after having his nomination “vetted by committees, world experts from around the world, nobel laureates”, he said, amazed to just have been considered. More importantly, he is looking forward to making good use of his fellowship. “It allows you to provide an authoritative voice to ministers and the government, give independent scientific advice on research and education placements while offering initiatives to help generate the next generation of scientists,” he said.

When he speaks of Monash, currently dean at the same program he studied, Professor Christopoulos beams with pride, and he has good reason to be proud, bearing in mind that Monash University is ranked number two in the world for Pharmacy and Pharmacology –  a neck’s breath behind Oxford University and above Harvard University. He is determined to retain the university’s long-held position as Australia’s and the Asia-Pacific’s number one University for Pharmacy and Pharmacology.

“I’m not going to stop doing the science I’m doing,” he said. “We are at the centre of two of the most important initiatives concerning COVID-19. We have done a lot of work in mental health, bringing players together for medicines in mental health. We are also the first group in the country to develop MRNA vaccines.”

READ MORE: Professor Arthur Christopoulos, the first to have finished school in his family, is the next Dean at Monash University’s Faculty of Pharmacy and Pharmaceutical Sciences

Professor Christopoulos said “he will continue to advocate for sovereign capabilities in science to keep us protected even when the world shuts down”. He has become world-renowned for his pioneering discoveries of spatially distinct ‘allosteric’ drug binding sites on G protein-coupled receptors (GPCRs), the largest class of all medicinal targets. His research spans the interface of biology and chemistry with a particular therapeutic focus in neuropsychiatry, cardiometabolism, pain and addiction.

Today we are delighted to announce the election of 22 scientists to the Australian Academy of Science.

These new Fellows have made an extraordinary contribution to science and society. Please join us in congratulating them. #FellowsAAhttps://t.co/5h1ohuFRb5