Greek Expatriates and Institutional Rights: An Outcry from the Antipodes

On the asymmetric treatment of expatriates and the Greco-centric law 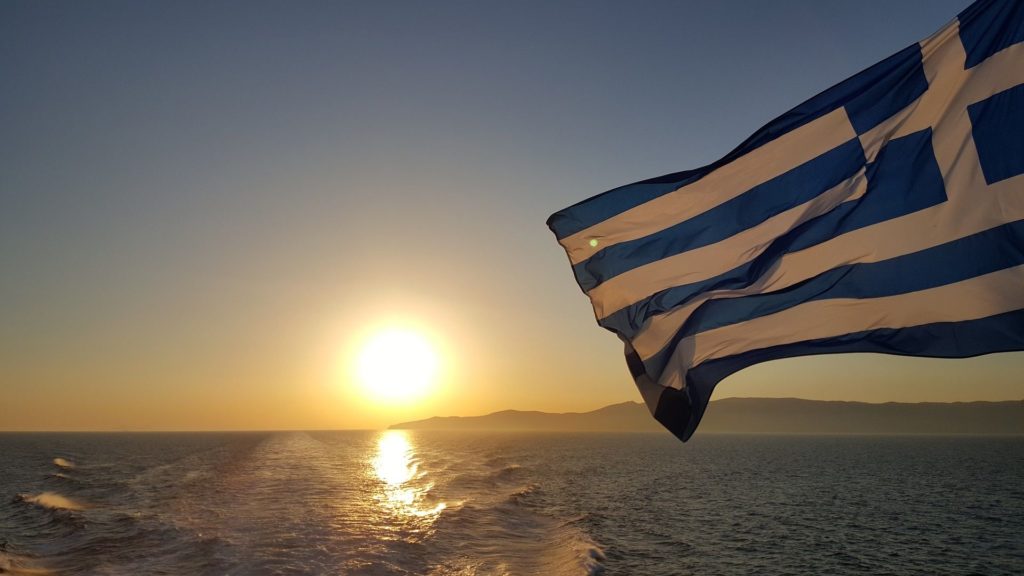 I wish to express here the broader sentiment of the expatriate Hellenism of Australia towards a new two-way and equal relationship with Greece. Expatriates who are of Greek origin (i.e., the first generation of immigrants born in Greece and those of their descendants who have acquired citizenship) are an integral part of ecumenical Hellenism.

Greek law underestimates the visions and expectations of Hellenes abroad. The current law of 2019 defines the right to vote at the place of residence for those who have lived for two years in Greece the last 35 years and have filed tax returns recently, as can young people under 30 with access to a parent’s tax file number. The recent May 2021 bill would have given expatriates the right to vote unconditionally (without the right to be elected) where votes would have been integrated in the existing Greek electoral divisions which is equivalent to a mere increase in the number of voters in Greece.

Over time, there has been an asymmetric treatment of expatriates, and this is evident in the current law.

First, the refusal to grant the right to be elected in conjunction with the integration of expatriate votes in the electoral rolls of their region of origin suggests an exclusive reference to the Greek affairs and ignores the special issues concerning expatriates at their place of residence.

These issues relate to Greece but also call for a special institutional representation so that expatriate representatives can focus on local issues at the place of residence and inform all societies where Hellenic diaspora resides with know-how and responsibility. Thus, the character of the institutional role of the representatives in the specific electoral division will not be altered and at the same time the expatriates will not intervene decisively in matters concerning their place of origin. Thus, the above prompts a review of the ultimate purpose of expatriate representation where attention is given to the needs of expatriates in the place of residence associated with world Hellenism (e.g., Greek studies, trade, pensions, repatriation, young immigrants, cultural exchanges, retraining, etc.)

Second, the above somewhat liberate us from the concerns of Greek society with two basic criteria for granting a vote that focus on whether expatriates (a) are actively involved in Greek affairs, and (b) are accountable to their electoral preferences. In concrete terms, the special electoral divisions provide an opportunity to highlight the special issues that concern expatriates and greater transparency in the evaluation of the work of their representatives. Hence, Hellenism is called upon to define the responsibilities of those representatives.

Third, Greek society has formed the impression that the desire to vote is negligible among expatriates due to evidence of minimum applications for registration on the Greek Ministry’s web platform. Such an interpretation, however, would be unfair if the main cause the restrictive eligibility conditions imposed on expatriates. Most likely, expatriates consider participation in Greek elections worthwhile only when they were given the right to be elected. Moreover, most expatriates are not privileged to have lived in Greece for two years as required by law. For example, I grew up and finished high school in Greece, I pay ENFIA (property tax), visit Greece often with my children, have renovated my parents’ house and have dealt with all matters related to the land registry, I follow developments in Greece, and yet I have not lived in Greece for two consecutive years to be eligible to vote as required by the current law. In other words, my country does not recognize me as an expatriate with the right to vote.

Fourth, there has always been an asymmetric treatment of expatriates. On the one hand, the Greek state tugs the emotional strings of on expatriates who are called to help strengthen the Greek economy, support the national interest and promote Greek culture at the place of residence asking them to “be proud of your homeland”, “keep the Greek language and customs”, etc. whilst on the other refuses to grant institutional rights in absentia to the majority of expatriates who have not lived in Greece for two years or they are not recent immigrants.

I return to the main objections to expatriate voting that seem to have a rational basis but often lead to an asymmetric and contradictory treatment of expatriates. All political parties in Greece insist on the following preconditions for expatriates, in order to enjoy unfettered rights to elect and be elected:
(1) to participate in institutional obligations,
(2) to be acquainted with modern Greek reality and
(3) to have lived in Greece and be directly accountable for their vote.

The first two arguments focus on the visible balance sheet of duties and rights. The dominant position here considers voting as a significant privilege for expatriates and their right to be elected as a luxury. We could call it a utilitarian approach with passive recipients of voting rights abroad. However, point (1) unequivocally alludes to the right to be elected if the institutional principle of the effective representation of expatriates applies. As for (2), there are many Greeks who do not meet these conditions while enjoying rights.

The third argument, though plausible, ignores the indirect ways and channels through which even expatriates are partially accountable. What is more remarkable is that, as recipients of the right to vote and be elected, expatriates will have greater incentives to invest in the development of the Greek economy and culture, making them potentially more active and accountable.

It is worth noting that the vast majority of first-generation expatriates emigrated for a better life and not out of resentment for the homeland. We also observe a strong emotional bond in some segments of second and third generations of expatriates (born outside Greece). This is primarily due to the nurturing by the first generation that maintained its love for Greek culture. A huge financial and mental investment that has contributed significantly to the glory of world Hellenism but has not been recognized in practice by the Greek society.

Traditionally, the responsibility for the empowerment of Hellenism outside Greece has been limited to the family, the teaching of the Greek language and the spasmodic exporting of cultural resources from the metropolis. At present, there is interest in Greek culture and conscious recognition of a Greek heritage by the second and third generations in the USA, Australia, Sweden, France and Italy.

However, failure to grant full institutional rights to expatriates with Greek ancestry will probably lead to the decline of the Greek Diaspora.

From the expatriates’ perspective, the current law appears Greco-centric. The exclusion of expatriates from institutional rights at their place of residence is a small-minded and short-sighted treatment of expatriates based on the visible, electoral benefit and not the long-term interest of world Hellenism. It is about time we highlighted and considered the views and experiences of expatriates. There is an invisible but real interest of ecumenical Hellenism that alludes to a significant potential.

Social psychology points to a two-way, causal relationship between duties and rights. Even modern economic thinking (i.e., efficiency wages) considers that the granting of rights leads to an increase in the responsibilities and productivity of the recipient. Therefore, the recognition of Greek origins has the potential to bring incalculable benefits to expatriates and especially to Greece in the long run. Thus, let’s stop the bipolar treatment of expatriates as (a) the successful (tourist or investor) from whom Greece stands to benefit or (b) the migrant who claims to have rights just because she is proud of her heritage. Greek expatriates are neither inferior nor superior. They are different and from diversity many good things may derive.

I conclude with a reminder that Greek women voted in parliamentary elections for the first time only in 1956 (compared to Italian women in 1945) while the first serious debate in Greek Parliament began in 1921 and granting them a limited right to vote (but not to be elected) in 1930.

I believe that as with the delay in granting rights to women, so with the Greek Diaspora the resistance is largely due to subconscious biases and blind spots in our conception of world Hellenism. These biases seem to relate to the devaluation of the socio-cultural capital Greek Diaspora has accumulated and the lack of imagination in facilitating the representation of expatriates abroad.

It is, thus, time to view the Greek Diaspora as an opportunity for growth and cultural rebirth. The “Greek Brand” to which many refer will be incomplete, paternalistic and weak until the Greek Diaspora is invited for active participation. The potential benefits of granting institutional rights to expatriates for world Hellenism are invaluable. Greek society is called today to be more generous and to embrace the diaspora towards a more substantive representation with the right to vote and to be elected that have the potential to empower Hellenism.

* George Messinis is a Victoria University economist-lecturer. The article has been enriched by comments and discussions with ten active citizens of Greek Diaspora, including: Hatzopoulos Magda, Kalymnios Konstantinos, Karamarkos Kostas, Lioliou Evie, and Papaioannou Eleni.