Cypriot Community shows its solidarity to fire-ravaged villages back home 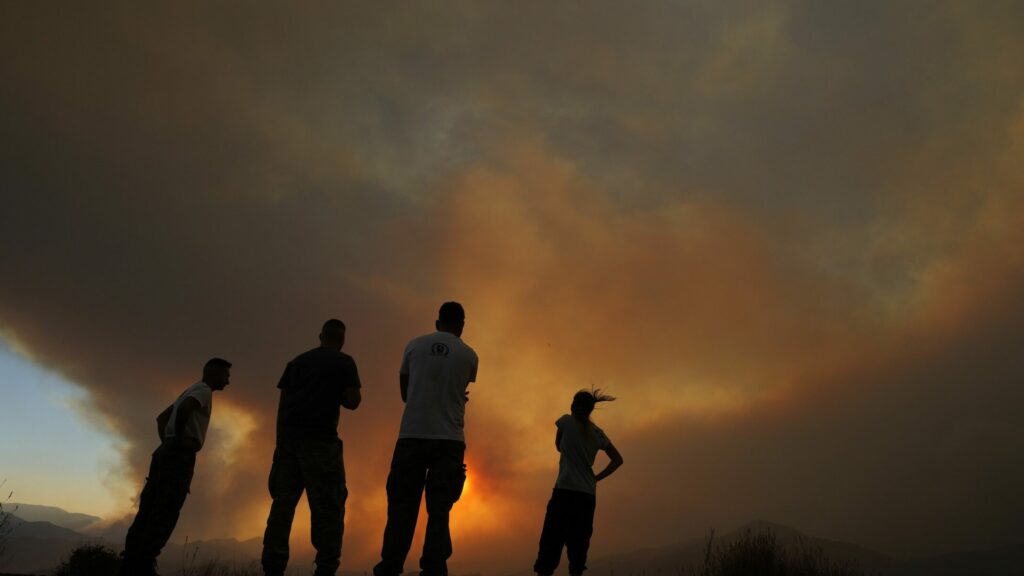 Residents of villages watch a fire in the Larnaca mountain region on Saturday, 3 July, 2021. Photo: AAP via AP/Petros Karadjias

The Cyprus Community of NSW has developed a GoFundMe fundraiser to send relief to the Cypriot villages affected by some of the worst wildfires in its country’s history, fires which resulted in the deaths of four people.

The Community’s Cyprus Fire Appeal Initiative has set a target of $50,000 to help in the rebuilding of the destroyed regional fire station located at the ancient village of Eptagonia.

The Community itself has donated $2,000.

The funds raised will be collated with the financial support received from European Union services and Cyprus’ government.

The donations will also help in the reforestation of the areas ravaged by the fires.

Michael Kyriakou, Director of the Community and Convenor of this initiative states the importance of this support going directly to the damaged areas.

“It is a unique Appeal, with no administrative costs. It is going straight to areas of need where it can make a real change, a real impact, on the areas affected,” Mr Kyriakou told Neos Kosmos.

READ MORE: Destructive Cyprus fires are ‘the biggest tragedy to hit Cyprus&#8221; since 1974

Mr Spiro Constantinou, President of the Cyprus Community of NSW, told Neos Kosmos this is an imperative initiative on many levels.

“Our aim with this initiative is to actively participate. We want to send a message of solidarity beyond the financial, a message driven by ethics,” Mr Constantinou said.

The Community, in its announcement for the Fire Appeal, said it “is being coordinated directly with local village councils in Cyprus’s fire affected areas and generously facilitated by the Delphi Bank”.

“Any donations, large or small will help to make a real difference to the lives of the people of Cyprus as they try to rebuild,” Mr Kyriakou said.

More info can be found at https://cyprusclub.com.au