Greek-Australians are still jumping through hoops to return to Australia

Well-known fellow citizen Yiannis Pilalidis has been ‘trapped’ in Greece for three months, a victim of bureaucracy 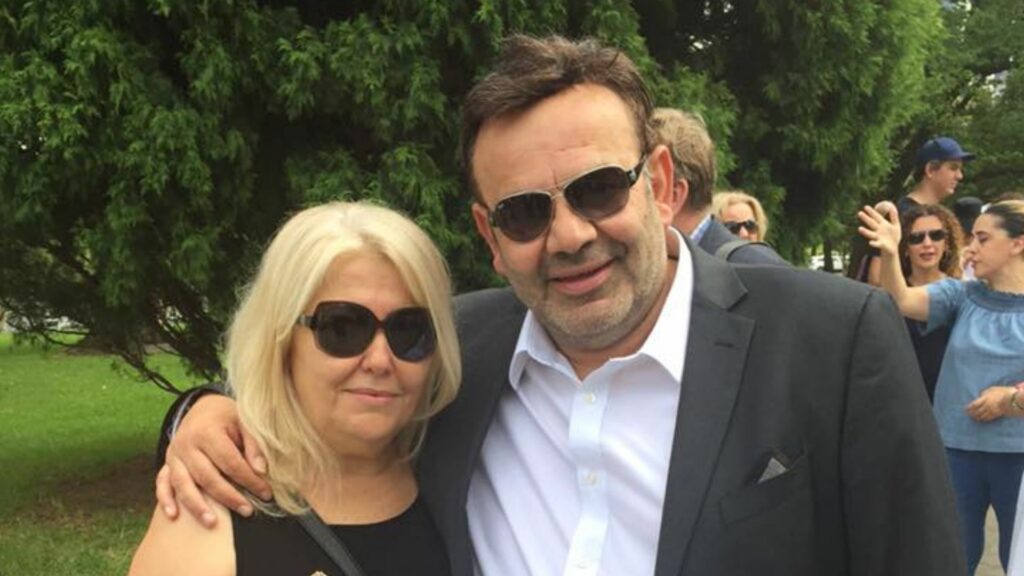 Yiannis Pilalidis (right) awaits the day he can touch back down onto Australian soil Photo: Facebook

Few are those who, in the last year and a half of the travel ban, have managed to leave Australia after jumping through countless hoops.

Neos Kosmos has written about many cases of our fellow citizens who did not manage to see their parents alive who were ill and could not even attend their funeral, and those who finally managed to return but did so with great delays and stress.

Now, many of those who flew to Greece are now finding it difficult to return to Australia. One of those people is Yiannis Pilalidis.

The Vice-President of the Pontian Center and Head of the Welfare Center of the Holy Archdiocese of Australia had to urgently travel to his homeland in early June to see his mother who was seriously ill, before she took her final breath.

“I wanted to hug her for one last time,” Mr Pilalidis told Neos Kosmos.

Unfortunately, he was not able to make it in time. Delays due to bureaucracy kept him stuck on Australian soil, while his mother closed her eyes for the final time.

“I was informed that my mother had died and I asked my brother not to disclose it until I was sure that they would finally allow me to reach Greece.

I left Melbourne Airport for Doha and from there until I finally boarded the flight to Athens, at every checkpoint I was constantly asked why I was travelling to Greece. It was exhausting and soul-destroying. They had all the data and documents and yet I had to say the same thing over and over again,” Mr Pilalidis said.

READ MORE: 80 per cent targets for overseas travel may be reached before Christmas

To make matters worse, he had to deny the death of his mother for fear of being sent back.

“It was so tragic that I went to a corner of the airport and cried. I was forced to hide my mother’s death and I felt like I was denying it. That hurt me immeasurably.”

It was only when the plane took off for Athens that Mr Pilalidis’ brother was able announce the news of their mother’s loss.

“I finally hugged her and said goodbye, even if she was not alive. It could have been worse. I could not have had that moment either,” he said, his voice breaking with emotion.

However, the problems for Mr Pilalidis were just starting. His return ticket was dated 16 July, but as the day approached, the company informed him that his flight would be postponed for 15 days.

To this today, his return flight has been postponed and Mr Pilalidis is forced to remain inactive in his hometown of Thessaloniki, as a hostage of bureaucracy.

“For three months my life has been up in the air. It’s good to have the opportunity to spend a little more time with my brother and my family, but the uncertainty and stress doesn’t allow me to enjoy these moments. I can not plan anything and I was honestly tired of not doing anything. It’s funny that a lot of friends meet me on the street and ask me if I left and came back.”

The new final return date given to Mr Pilalidis is 21 September.