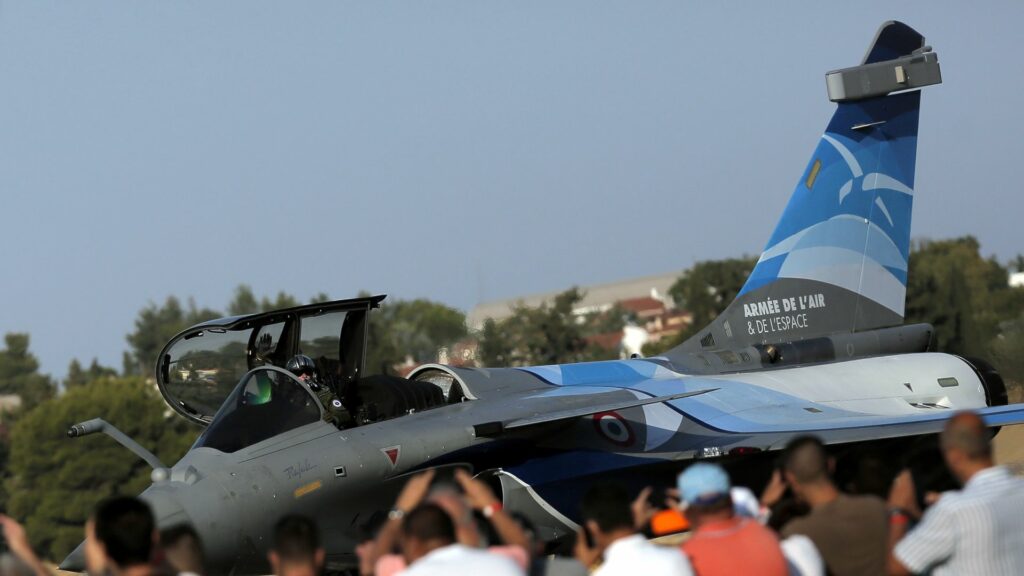 A French Rafale fighter jet on display during the annual airshow at Tanagra air base, north of Athens, on 4 September. Greece is to buy 24 Rafale jets from French manufacturer Dassault. Photo: Kostas Tsironis/EPA

Greece has increased the size of its order from French manufacturer Dassault to buy six more of its Rafale jets , the French Armed Forces minister, Florence Parly, announced on Sunday.

Greece had placed an order for 18 Rafale jets in January, this year, as part of a deal worth €2.5billion, the Greek newspaper Kathirmerini reported.

“Excellent news. Greece has just announced its intention to buy six extra Rafales. Together we are pushing ahead to build a truly autonomous Europe,” Ms Parly said on Twitter.

Greece has increased its acquisition of military equipment in recent months in response to the ongoing dispute with Turkey over energy resources in the eastern Mediterranean.