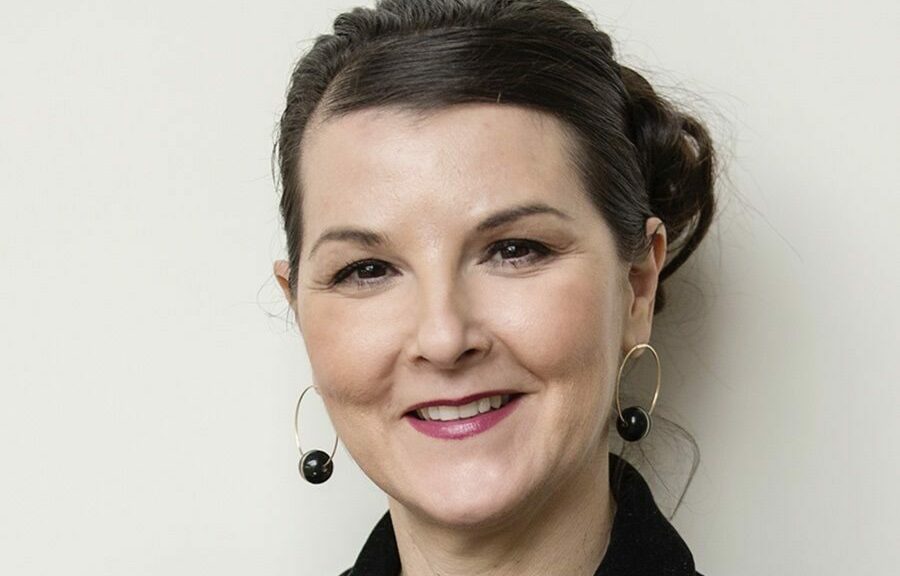 Stella Avramopoulos is the CEO of the women’s organisation Good Shepherd. Photo: Supplied

“We are at a crossroad moment now,” Stella Avramopoulos, CEO of Good Shepherd told Neos Kosmos, in an interview about the Summit on Women’s Safety and what we need to focus on, as we prepare for the next 10-year National Plan to end the violence against women and children.

Last week, more than 400 people took part in the virtual discussions, of the summit that was announced earlier in the year, after women took to the streets demanding change. The tipping point had been the public allegations of former Liberal staffer, Britanny Higgins, that she had been raped in Parliament House, and that the Morrison government was treating her complaint as a political problem.

“If we’re serious about ending family and domestic violence, women’s economic security has to be a major prevention strategy.” Stella Avramopoulos said in the statement released by “Good Shepherd”, ahead of the Summit on women’s safety. She sees these issues daily, and understands deeply the problems women face when they become victims of violence.

A parliamentary inquiry earlier this year found that the rates of family, domestic and sexual violence has not decreased over the life of the current National Plan. On the contrary, it has increased.

It is unprecedented. The numbers are startling. COVID has exacerbated the situation, with the various lockdowns. We have high incidents of neighbours calling because they are hearing the family violence happening next door, which is adding to the numbers that are getting reported.

Going into the summit I certainly feel that we are at a crossroad moment now. The pressure on the government, and on us, as a society, to really start making a fundamental shift to the numbers, must happen. And I think everyone who participated, had a very strong sense that there has to be a plan that really activates a change. Because everyone has had enough.

READ MORE: The crisis of Domestic Violence on the agenda of the Greek Community

In your statement you propose investing in the financial security of women so they can exit abusive relationships before violence escalates without financial fears.

Yes, and also investing in crisis housing for women fleeing family violence. We know that one of the highest presenting issues for women, apart from the family violence, is financial abuse and financial stress.
It is the reason the women don’t leave, and sometimes, unfortunately, it is the reason women feel forced to go back.
Significant investment and a multifaceted approach needs to go into supporting women to leave, and into their long-term recovery. When we talk about giving refuge in crisis housing, the time is too short. Women need to stay there for four- to- five months to be able to understand properly what is happening to them and build a road map. Certainly for us we want to see economic abuse as a priority in the next national plan.

Isn’t the government and states already providing financial assistance. Crisis housing and financial support through Centrelink. Or is the support just not enough?

Women can only stay eight to 12 weeks in crisis housing. It is very short term. That is why financial security is so important. Imagine having to run out of your house, change everything from your Medicare card to your bank account and the forms for your kids, and keep yourself safe. That is a massive task. And on top of that you are dealing with the trauma that the abuse has caused, and making sure your children are okay.
There are more women needing refuge, than houses available and there is a long waiting list. Last year during the pandemic we were getting calls from women who were sleeping in their cars. The only thing they could take was their car, their children and a few things.

Centrelink have some funding for women. There are now 100,000 more women on Jobseeker since the pandemic started. However, these programmes do not help women in their long-term recovery. They also have got to go to court for custody, and about the assets. And women give up, the whole system is re-traumatising them and making the recovery, and their sustainable financial position, impossible.

So there is really no justice in the end, in the way the system works.

If this was a child, the system would not allow services to re-traumatise a child in a counselling programme. But unfortunately, the journey for a woman leaving family violence constantly re-traumatises her and it is one of those rare scenarios where a victim is re-abused, as she herself is trying to seek help. And the perpetrators – yes, the perpetrator gets intervention orders – but they get to stay in the house often. It is the woman that has to leave her house with her children. She has to re-establish her whole identity, she has to constantly worry about whether she is being stalked on her mobile phone, she has to worry about where her ex-partner is. All of the onus of the recovery and her safety is on her.

I understand that many agree that the family court is broken, and sometimes it may take years for a victim to get their case heard.

Certainly. At the summit, the head of the family court presenters, gave us some good news. There seems to be significant reform in the family court to help expedite separation matters. It is early days and we will be watching closely to see how that plays out, if it is more efficient, safer and more respectful for people to navigate.

But I think we all agree that family violence is a multidimensional and multifaceted issue. No one sector, not the government alone, not the services alone can do it. We all have to have a cross-sector collaborative approach to this, at both prevention (when men are children), and also all the way through to recovery and post-family violence and how we facilitate the recovery for women, and at every life stage.

There were presentations about senior women, who are now the greatest at-risk cohort of homelessness in Australian. There are some very, very sad stories of Greek women, where there has been elder abuse. Women who came to Australia, and in their lifetime owned 2-3 houses through the work they did in the factories. They give the houses to their children, or and when their husband dies, they go bankrupt, as their children have put them as a guarantor on a failed business or a car loan. And we have women in their seventies, without superannuation, living on couches.

It is very difficult for me to hear that as a Greek person, and having been raised in the same house with my grandparents. I find those stories about senior women and elder abuse very difficult and confronting, because as Greeks, we pride ourselves on how we respect and care for our elders and especially those elders who came and worked in factories so that we can have a better education and a better life. It is a shame on us, and as a community, I believe we need to look at that specifically.

Women usually become dependent from the moment they decide to start a family. I know many women who at 45 struggle to get back into the workforce after taking a break for 10 years to raise their children.

And that is why our superannuation is so low. Women have lower super at the same age as men. That is why we asked at the summit that women should have access to free childcare. That is why family payments from Centrelink are so important. We need a social protections law about basic income that supports women, some of those basic economic security blankets and policies. We need the superannuation funds to look at women differently. We are raising children at home. We actually should have double the points on our superannuation in that period, for all that.
I am very proud of being Greek, but in our culture, in our patriarchal approach, there is a lack of equality for women and we have to address that as Greek people and as a society. I think that there is a little work to do in that regard. We have a long way to go actually.

I started off in my twenties as a corrections officers in the jail and I used to supervise men who were perpetrators. Even though I knew they were perpetrators there was not much I could do with the violence that was going on at home.

Now, as a CEO in 400-year-old women’s organisation, I can see the impact it has on women. This is an organisation that has been doing this in Australia since 1863.

And most importantly, I don’t believe that the young women of the next generation are going to accept this in the future. And that gives me a lot of hope.

I know we are not going to go backwards, I know there is a shift, but we have to stay vigilant. That is why we are so adamant about women’s independence. Women’s financial security, which is the key for their independence.