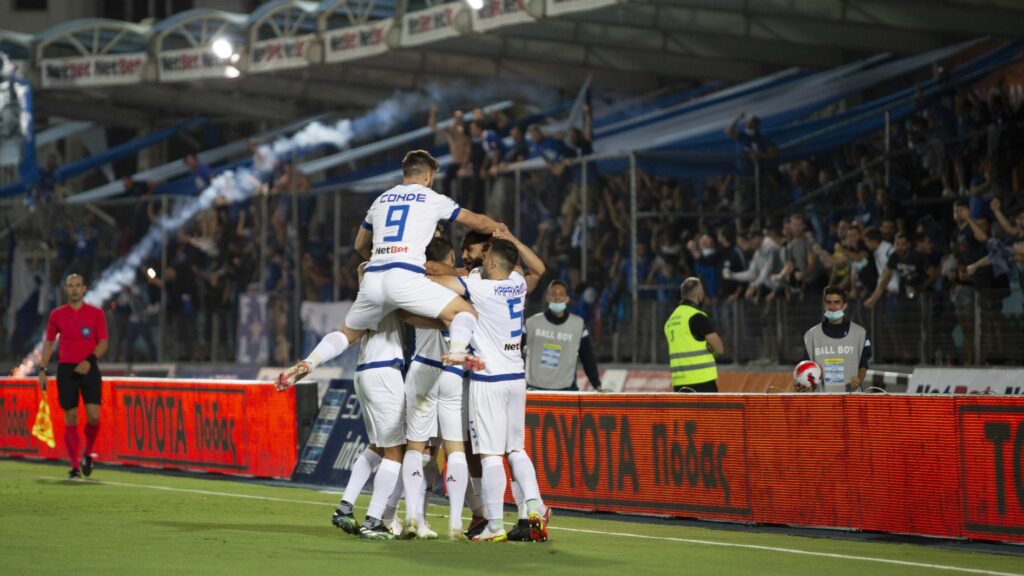 There were goals scored left, right and centre across the weekend’s Greek Super League games.

On Saturday PAS Giannina showed it had taken the air of Panathinaikos’ tyres for good. After last year’s three consecutive victories in a period of 20 days, the team of Epirus defeated the ‘Greens’ 1-0 on matchday 2 game.

Michael Gardavski set Giannina up for success very early on in the game, scoring an impressive goal in the fifth minute.

“I am just happy. Well done to the team and the world for the support…We lost control over the plan after we scored the goal. We were scared, we did not keep our composure, but that is human,” he told Nova.

Ionikos came back with a bit more fire this week after losing 3-0 to AEK in round one. The team came up against Aris on Saturday, and played a fairly quiet game throughout.

It wasn’t until four minute before the final whistle that Ionikos kicked it into gear, taking home a 1-0 win thanks to a goal by Aias Aosman.

Over at the Georgios Kamaras Stadium, Volos swiftly took out hosts Apollon Smyrni 3-1. Things looked testy for the hosts early on in the match, when Volos midfielder Paolo Fernandes score four minutes in. Tom van Weert and Julián Bartolo came through in the second half with the teams other two goals in the 49th and 63rd minutes respectively.

Nikolaos Ioannidis could only provide a little bit of solace to Apollon Smyrni, giving the team its only goal of the match in the 65th minute.

Panetolikos and Olympiacos both took out opponents Atromitos and Lamia with 2-1 victories.

Peristeri Stadium saw hosts Atromitos falter, despite scoring a goal after a 0-0 draw against Olympiacos on matchday 1. The ball seemed to be in the team’s court, after leading 1-0 in the first half with a goal by Stefanos Stroungis in the 44th minute.

Things took a turn for the worst for the hosts late in the second half, with Nikos Vergos and Rudy Gestede bringing home the win for Panetolikos.

Olympiacos set the tone early on in the match against Lamia, scoring both of its winning goals in the first half. Defender Pape Abou Cissé came in at 12 minutes, followed by midfielder Andreas Bouchalakis in the 32nd.

Anastasios Karamanos was the only one who softened the blow for Lamia, scoring in the 72nd minute.

PAOK bounced back after its shock loss against Giannina, taking out Asteras Tripolis 1-0, thanks to a successful penalty goal by Vieirinha.

OFI and AEK clashed marvelously, ending on a 3-3 score at the Theodoros Vardinogiannis Stadium. AEK led the first half 2-0, with goals by Sergio Araujo and Steven Zuber. The win almost look inevitable for AEK when they sealed the score 3-0 thanks to Karim Ansarifard’s goal in the 64th minute.

OFI dug deep, refusing to back down and clawed back with three goals of its own, with two made by Juan Neira in the 78th and 84th minutes. Praxitelis Vouros came in with an overtime goal to equalise the score.