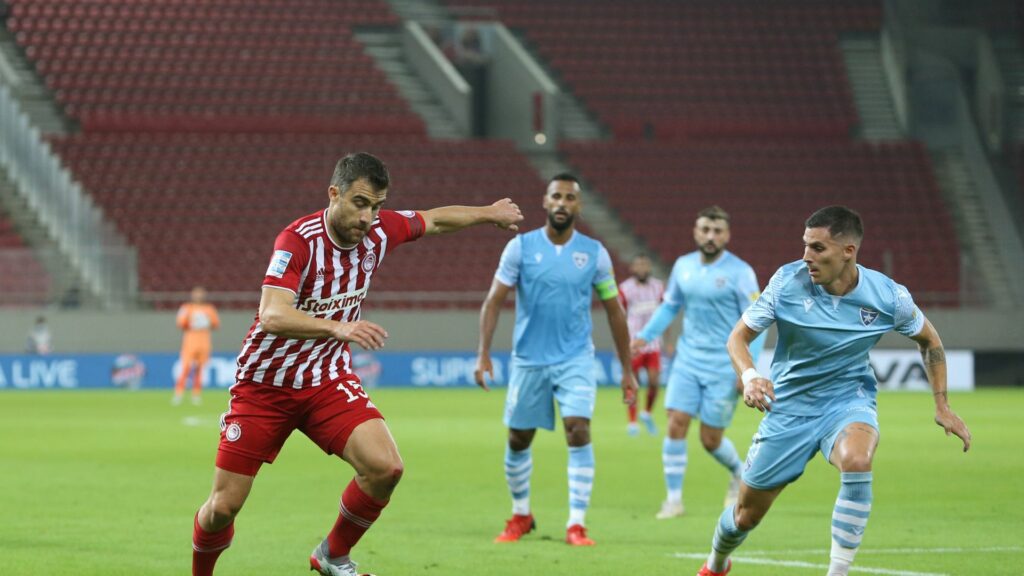 File image of Olympiacos defender Sokrates Papastathopoulos in action during their 1-0 defeat of Ionikos on 7 November. Photo: Klodian Lato/Eurokinissi

With international commitments out of the way, hostilities in the Greek Super League resume on Saturday with the match of the weekend likely to be the clash of the Athens titans AEK v Olympiacos at the Athens Olympic Stadium on Sunday.

While Olympiacos remain unbeaten over nine games, but for the 4-3 loss AEK suffered to Volos at the start of the season, very little else separates the two teams who even share the same goal difference. While AEK have scored the most goals in the league so far, they have also leaked a good number too.

READ MORE: Olympiacos beat PAOK to hold on to league lead by a single point

Snapping at their heels, is third-placed PAOK on 19 points who travel to the Peristeri Stadium in Athens to face a toothless Atromitos side that is anchored at the bottom of the table on three points gained from three draws.

Saturday’s games feature the best of the rest with fourth-placed Volos (14 points) host Heraklion’s OFI who are two points behind. PAS Surprise team of the season PAS Giannina will look to maintain their momentum as they travel to Aris Thessaloniki. Giannina are in fifth place (13 points) and Aris are two points behind.

Eighth placed PAO also on 11 points travel to PAS Lamia who are one place below them.