Philotimo, leventia and storytelling: The moral necessity of Greek-Australian narratives 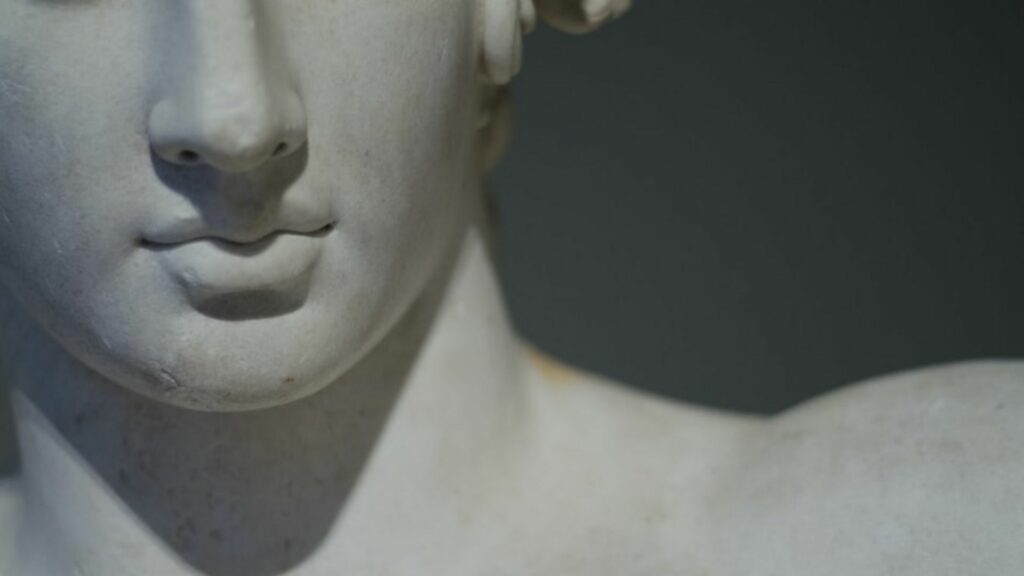 Philotimo and leventia, an exploration of our Greekness. Photo: Unsplash

Philosopher Plato supposedly claimed that “those who tell stories rule society”. There is no question that narratives frame the way we view the world, and consequently, how we engage with our environment. Stories in various shapes and forms can provide a standard by which moral activity is judged, and in the best-case scenario, act as trustworthy guides for ethical conduct.

What does this have to do with Greek-Australian stories? In what way do Greek-Australian narratives fit into this ethical perspective of storytelling? Based on the above presuppositions, I believe that stories exploring the complexity of Greek life in Australia, with all its ups and downs and peculiar cultural quirks, are pivotal in the successful maintenance of a strong identity for third and fourth generation ellino-australoi.

With a few exceptions, arguably the most common genre of ‘ethnic’ storytelling in Australia (specifically relating to Greek-Australians) is comedy. The tremendous success of TV shows and films such as Acropolis Now and The Wog Boy franchise has undoubtedly influenced new waves of ‘ethnic’ comedy in the past ten to fifteen years, such as Fat Pizza and its offshoots, Superwog and Sooshi Mango showcasing across multiple media platforms. These sources of entertainment have their place, and continue to produce moments of pure joy for us who resonate with the particular cultural idiosyncrasies on display.

Nonetheless, the question must be raised: is this all we have for the preservation of our culture? Soon, the “grouchy-Greek father” or the “loving-but-overbearing yiayia” tropes will fade away, given that each successive generation of Greek-Australians loses contact with its ancestral language, culture and general way of life. An article published in our very own Neos Kosmos entitled “A warning for Greek language in Australia: use it or you’ll lose it” makes this case quite succinctly.

So, what are we to replace it all with?

Another question we need to ask ourselves is what defines Greekness, or Greek-Australian identity specifically. Do we look back to the classical past – with its unquestionably miraculous advances in the domain of philosophy and science – or to the Byzantine Empire, with its emphasis on the Orthodox Christian faith and the promulgation of the values of the Gospel? Or do we veer our attention onto the Modern Greek Enlightenment, spawned just prior to the revolutionary movements surrounding the Greek War of Independence in 1821, with its adoration for Enlightenment principles such as liberté, égalité and fraternité?

A discussion certainly needs to take place. I have my own personal opinions on the matter, but regardless, they do not necessarily serve the proposed message inherent to this article. What is evident, however, is the need for a collective and objective understanding as to what it means to be Greek, and more specifically, Greek-Australian; and this is what brings me to the concepts of philotimo and leventia.

We’ve heard it ad nauseam, whether from our parents, grandparents, or your local Greek grocer/life-long football fan of South Melbourne down at Lakeside Stadium: philotimo and leventia are at the heart of authentic Greek virtue.

Countless articles across the Greek diaspora have investigated the significance of these values, including pieces showcased on our Neos Kosmos. For those of you who are (perhaps surprisingly) unfamiliar with these terms, let me provide a quick explanation:

Philotimo directly translates to “love of honour”, and has been utilised as an expression of an ethical ideal across classical, Byzantine and modern Greek periods of history. Moreover, leventia refers to the spirit of courage and integrity; someone who is willing to risk their life for the sake of the other.

These moral norms are clearly presented in the best works of Hellenic literature: in the Odyssey and the Iliad by Homer, most if not all characters experience immense hardships – exhibiting not only the finest of virtues, but also the most callous of vices.

Upon returning to his rightful home in Ithaca, Odysseus mercilessly slays the unlawful suitors before his son hangs the maids accused of treachery. Additionally, in the Iliad, Achilles shamelessly celebrates his battle victory by dragging Hector’s dead body around the city walls of Troy in front of the latter’s father, Priam. Nevertheless, Achilles also exemplifies great philotimo by returning Hector’s body over to Priam in order to ensure a proper burial for his rival. Greek plays of this period, notably the Tragedies of Aeschylus, Sophocles and Euripides, also did not shy away from revealing the inevitable consequences of certain moral or immoral actions. In the Byzantine period, an epic poem known as Digenis Akritas focused on the adventures of a border-guard named Vasileios who – amongst other heroic feats – slays a dragon and a lion, defeats a group of bandits and their three leaders single-handedly, and lives the remainder of his life in peace as a result of his leventia. This form of epic and romantic poetry titillated the imagination of many modern Greek thinkers such as poet Vikentios Kornaros and his Erotokritos. Evidently, we have countless examples of Greek storytelling in which the virtues of philotimo and leventia are either clearly
conveyed, or their purposeful disregard incurs disastrous outcomes for the central characters.

However, to the reader thinking at this point: “what is he trying to say, that we need more petty moralising and preaching in Greek-Australian stories these days?” By no means. In fact, the stories I’ve referenced portray arguably the most complex, dynamic, and destructive elements of the human condition ever known to world literature. They do not hesitate in exposing the nastiest side of our nature, such as the proclivity towards prejudice, hatred, war and totalising power. However, the difference is that most of these narratives (albeit to varying degrees of success) see virtue as virtue, and identify vice as vice. There is a clear objective standard of morality at play, even if the validity of certain virtues and vices are sometimes called into question; by the end of many of these stories, the fruits of moral or immoral decisions are rightly exposed. ‘The line separating good and evil runs through every human heart’ said Aleksandr Solzhenitsyn, and therefore our stories should also reflect this reality.

READ MORE: Ellinomatheia, the preservation of the Greek language pyramid

There is no lack of creative talent in the Greek-Australian community. This goes without saying. Resurrecting the stories of our youth, parents and grandparents is a great way to reinject philotimo and leventia. We often take for granted the wisdom of our predecessors, and fail to truly appreciate the past sacrifices made to ensure our current quality of life. However, we need not succumb to petty moralizing or propaganda; rather, we ought to reinvigorate these values back into the Greek-Australian consciousness.

We need to create narratives that inspire not only Greek-Australians to embody these virtues, or even simply to preserve our culture, but also to illustrate that these values go beyond cultural boundaries. Just as the ancient Greeks facilitated the advancement of philosophy and science, does not mean that these two ways of understanding are exclusive to the Greek people. This is not a call to cultural exclusivism, rather, these values are both specific and universal; particular and generalizable. They act as a standard of conduct by which we shape the world and our interactions with others, no matter our differences.

While the days of the “nagging-Greek-mother” archetype may be slowly withering away, something deeper needs to be recovered and restored. There is hope: philotimo and leventia in storytelling are here to stay.