Some priests continue to oppose vaccinations despite Archbishop Makarios’ support 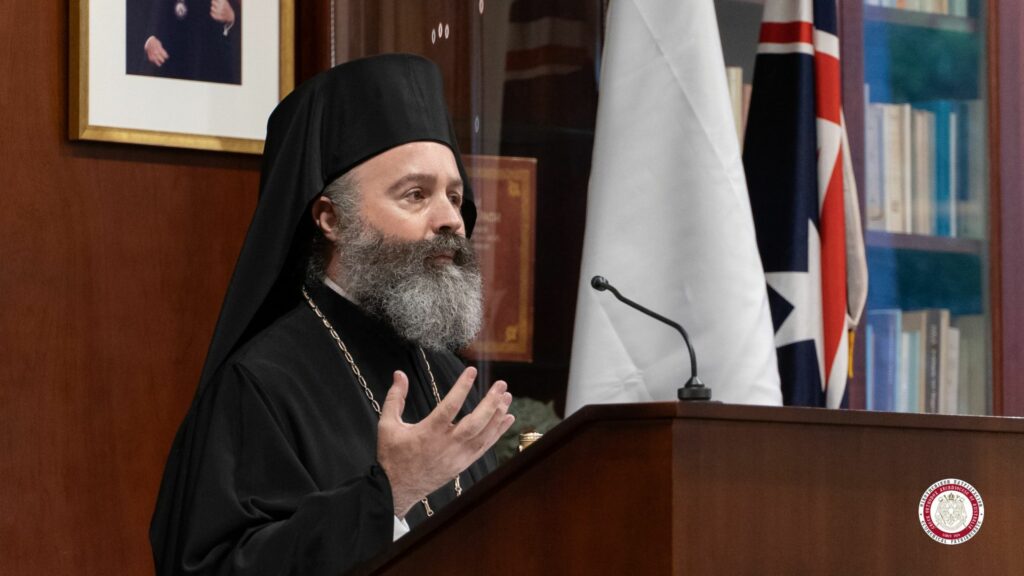 Archbishop Makarios is in favour of vaccinations. Photo: Supplied

In recent weeks, Neos Kosmos has received a number of complaints by readers who have stated that some priests have expressed their opposition to the vaccine mandate.

Neos Kosmos has seen video footage from inside churches showing Greek Orthodox priests advising parishioners against taking the COVID-19 vaccination. The priests making such claims are a minority, and though they have some “fanatic believers”, the majority of Greek Australians are opposed to such extreme views.

A number of cases have already been noted in churches whereas priests have also been hospitalised after catching COVID-19.

READ MORE: Archbishop Makarios does not want to separate people into
vaccinated and unvaccinated”

Of particular concern is that some priests are telling the faithful to not wear masks or get vaccinated because, as they claim, these are “from Satan”.

“The most effective vaccination is our faith,” they state.

Such positions go against the official line of the Greek Orthodox Archdiocese which is in favour of vaccinations.

Ecumenical Patriarch Bartholomew, Archbishop Ieronymos of Athens and Archbishop Makarios of Australia have already clearly supported the importance of vaccinations.

Archbishop Makarios has encouraged people to be vaccinated.

“The only solution we have to rid ourselves of the pandemic, the only light we can see at the end of the tunnel, is to get vaccinated,” Archbishop Makarios said, encouraging everyone to get vaccinated. “Do not hesitate. Make the decision and act,” he said, leading by example by getting vaccinated himself.