Remembering John Carras: Life lessons from a Greek in Australia

If you’re from Brisbane or the Gold Coast you’ve probably seen John, get up close and personal to some premier personalities, from Consul Generals to Archbishops to even Australia’s Prime Ministers. John had a knack for getting in amongst the action. Any Greek-related event – he was there with his trusty camera in tow What can you say about Kυριο Γιάννη Καραθαναση? If you’re from Brisbane or the Gold Coast you’ve probably seen John, get up close and personal to some premier personalities, from Consul Generals to Archbishops to even Australia’s Prime Ministers. John had a knack for getting in amongst the action. Any Greek-related event – he was there with his trusty camera in tow.

For a man in his 90s, distance sure wasn’t a deterrent. He would catch the train and bus from the Gold Coast to Brisbane sometimes more than once a week, and even late at night. Arriving always with a smile.

How many people received John’s monthly parcel of photographs? I can just picture him at his local news agency, photocopying pictures, cutting and arranging them to send to his friends. For someone new to the technological age, the last few years John mastered how to send his photos through his mobile instead. John never got involved in the ego politics of Greek associations but was always there to support and encourage. I never heard a complaint leave his lips. In 2018, he was awarded an Appreciation Award from the Greek Community of Saint Anna, and more recently, he was bestowed Life Membership by the Greek Orthodox Community of Saint George in Brisbane.

Thanks to John’s persistence, he made sure Brisbane and Gold Coast Greeks were regularly featured in Neos Kosmos. I, personally owe him a debt of gratitude for promoting my children’s book to Neos Kosmos in 2015.

A master of the phone call. John called me a few times during our hard lockdown in Melbourne, to see how I was. John had a way of bringing people together and making them feel welcome. A great connector. He’s introduced me to some exemplary, successful, inspiring Greeks over the years.

Part of being a true Hellene is to be proud of where you’ve come from so, I can’t write an article about John and not mention Kythera. In fact, I saw the notification of his passing on Instagram, during the same time a Kytherian trivia event was happening in Brisbane, which ordinarily John would have been at.

As another pioneer Greek leaves this earth, it got me thinking … the Chinese community has a museum in Melbourne where the different waves of Chinese migration to Australia are documented and celebrated. Isn’t it about time that we have a national museum to tell the Greek diaspora story?  A museum that is not kitsch, but innovative, embracing the new waves of migration, channelling the global through online programming and events.

Our diaspora is not static, and sometimes members are not in agreement. It’s always changing and evolving, but we’ve got to speak the same language – John’s language. The question is, have we put in place, or done enough to ensure that the values we inherited and behaviour we observed from these pioneer Greeks, continue? It’s not about doing the same old activities we’ve always done but rather taking the best of that generation and making it our own.

Many like John came from Greece, made Australia their home, but their heart was always Greek. Let’s aspire to be the best Greeks at heart that we can be too, each in our own way, shape or form. I can picture John cheering us on. Thank you Κύριε Γιάννη for your friendship, and the memories. 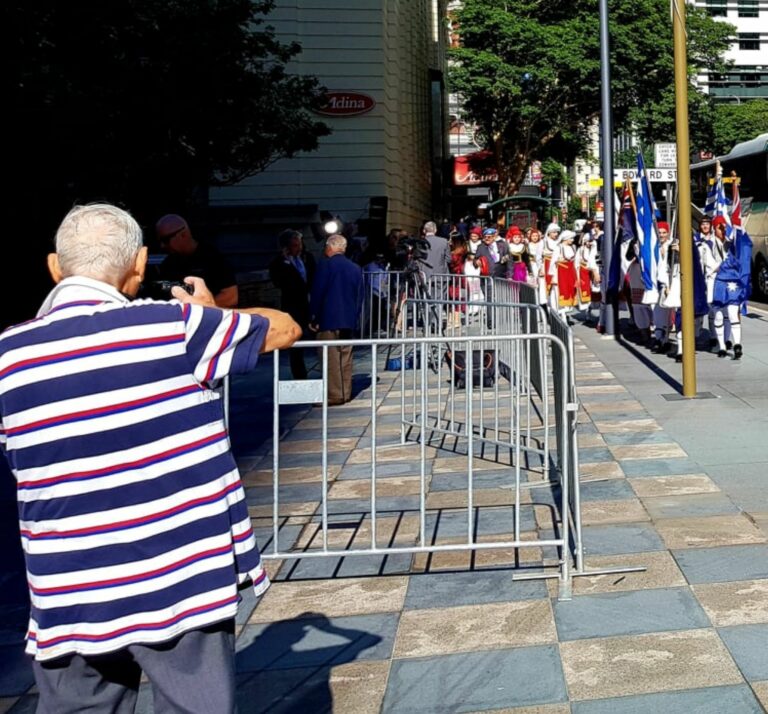 The author wishes to convey her deepest sympathies to John’s wife Mitzi, his daughter Anna and son, George, and the whole extended Carras family. No love was stronger than his love for Greece, than that of his family.