It’s homecoming time for VASSY, as the Greek Darwin girl tops the charts

Can you imagine your kid being told ‘you don’t have what it takes’ at school and she still sticks to her dream? Vassy Karagiorgos did just that, though getting her dad’s blessing was a bigger challenge. Against all odds, she made it. Her secret? No room for plan Bs. Vassy Karagiorgos does not hesitate when asked if she is ready to re-establish her base Down Under.

“You can take the girl out of Australia, but you can’t take Australia out of the girl,” she tells Neos Kosmos in a candid interview where she talks success, challenges and breaks the news of her upcoming marriage.

VASSY needs no introductions to anyone familiar with the electronic music scene.

Collaborations with heavyweight DJs David Guetta, Showtek, Tiesto and Kshmr put her on the map globally, taking her tracks straight to the top of US dance charts. But coming across VASSY’s work goes beyond the hits Bad and Secret.

Songs she has written or feature her voice have reached diverse audiences including music to Disney’s Frozen, Grey’s Anatomy and commercials of the likes of Pepsi, Target and Victoria’s Secret.

Songs she has written or feature her voice have reached diverse audiences including music to Disney’s Frozen, Grey’s Anatomy and commercials of the likes of Pepsi, Target and Victoria’s Secret.

“A lot of people know who I am, but they don’t realise I’m Australian. I really want to change that. The narrative hasn’t been a local one because it’s been so long since I was away.”

Coming full circle
Before moving to the United States to pursue an international career, VASSY had already seen some success, being spotted from as early as 2003 by Triple J as a rising star. But Los Angeles has been her base for the last decade almost.

You might also recall last year’s news of her single Chase with Bonka spreading quickly after appearing on MTV’s Billboard in New York’s iconic Times Square.

Back then, the Darwin-born artist wasn’t hiding the fact that a collaboration with the Aussie duo was purposeful as she was “feeling very homesick and really missing Australia”.

As soon as borders opened quarantine-free in the Northern Territory, VASSY jumped online to book her long overdue trip back home.

“It was intense, we got locked down before anyone else did and 2020 was all lockdown. I had wanted to get back home for a while now, I’ve been trying for the past two-and-a-half years and finally able to get in.

“It feels really good to be home with family, I really missed them,” she says.

Since setting foot in Australia at the start of 2022, VASSY got the ball rolling, preparing a new release here, setting up a campaign for one of her best-performing songs on US radio, preparing to attend an APRA music event in Melbourne where she will be presented with an award – oh, and on top of that planning a marriage.

“Panayioti is my soulmate,” she says. 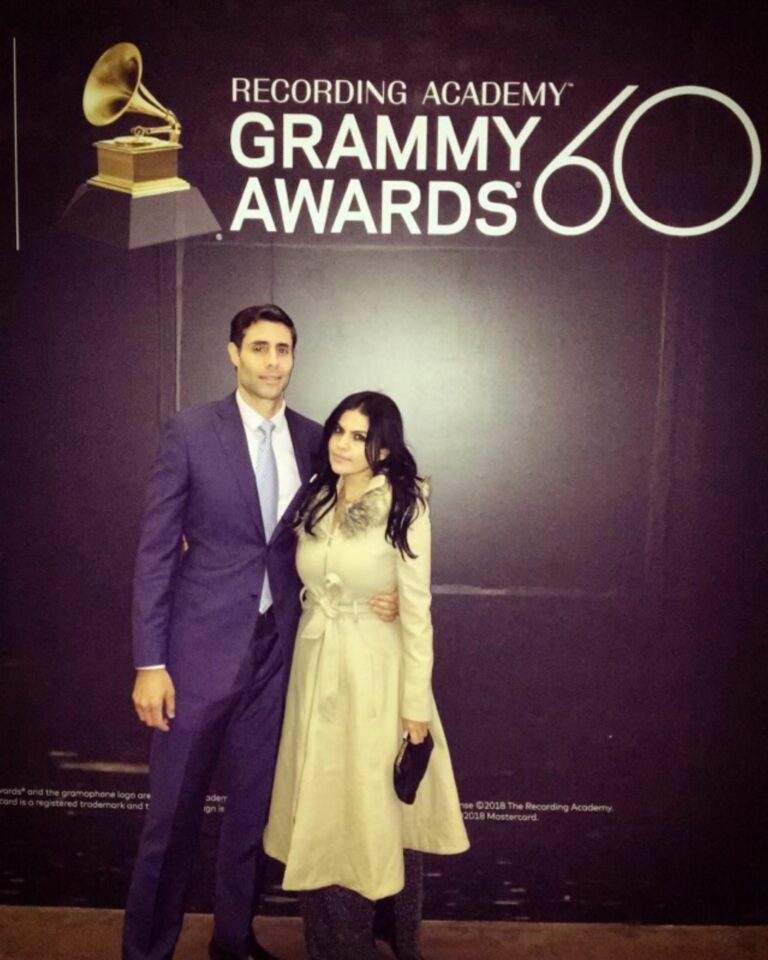 With his family hailing from Mani in Peloponniso, the Greek-American, much like his partner, “loves his Greek culture and tradition.”

“We’re different, but at the same time Panayioti is like me. We’re old-school souls, our moral values, how we are as people.

“We want to get married here in Darwin, because my family is here. I just think it will be a very special wedding.”

‘Rejections are just redirections’
VASSY points to a homeland acknowledgment by the Australasian Performing Right Association before leaving for the US – an APRA Professional Development Award in 2004 – as marking the start of her career. 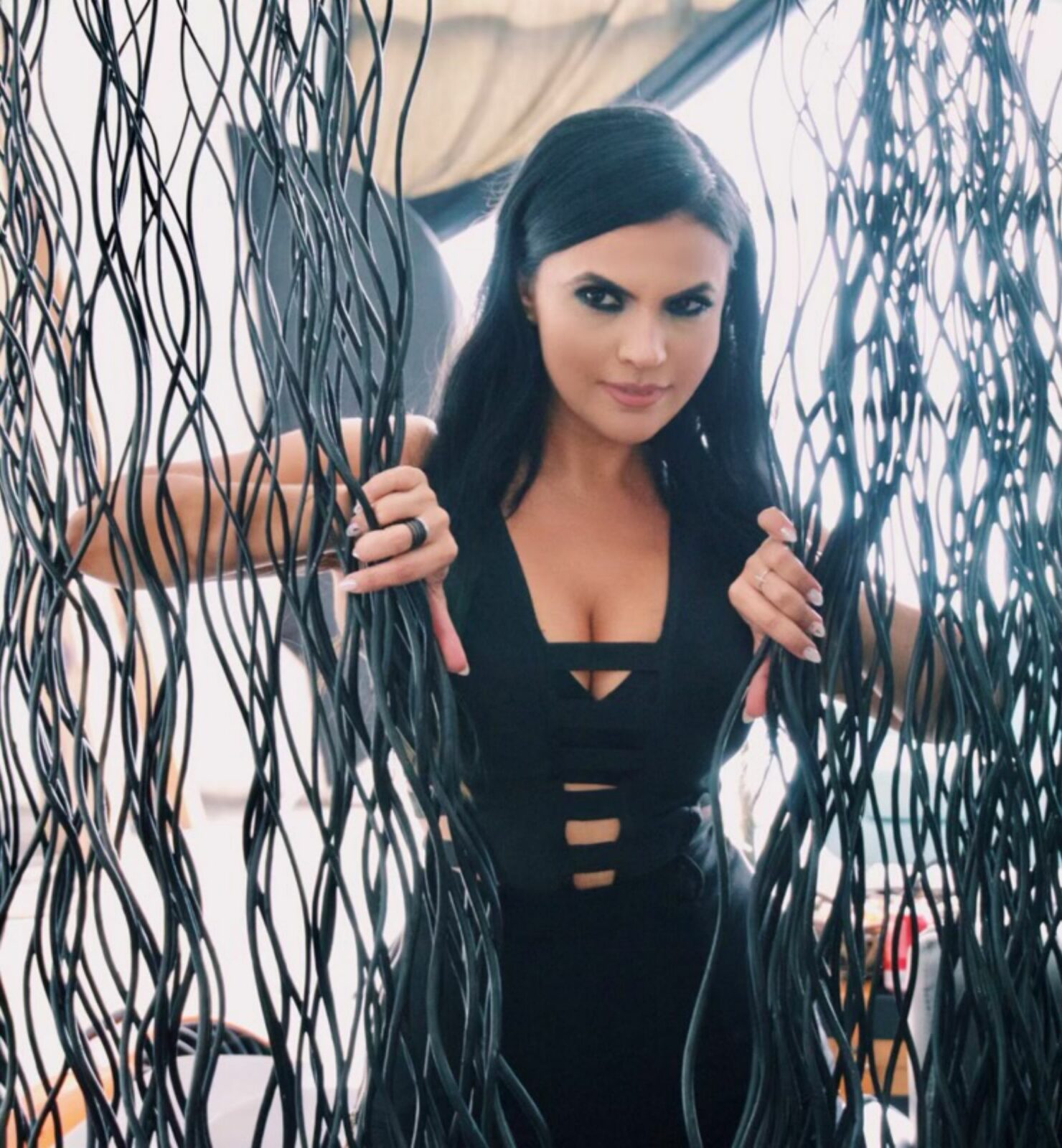 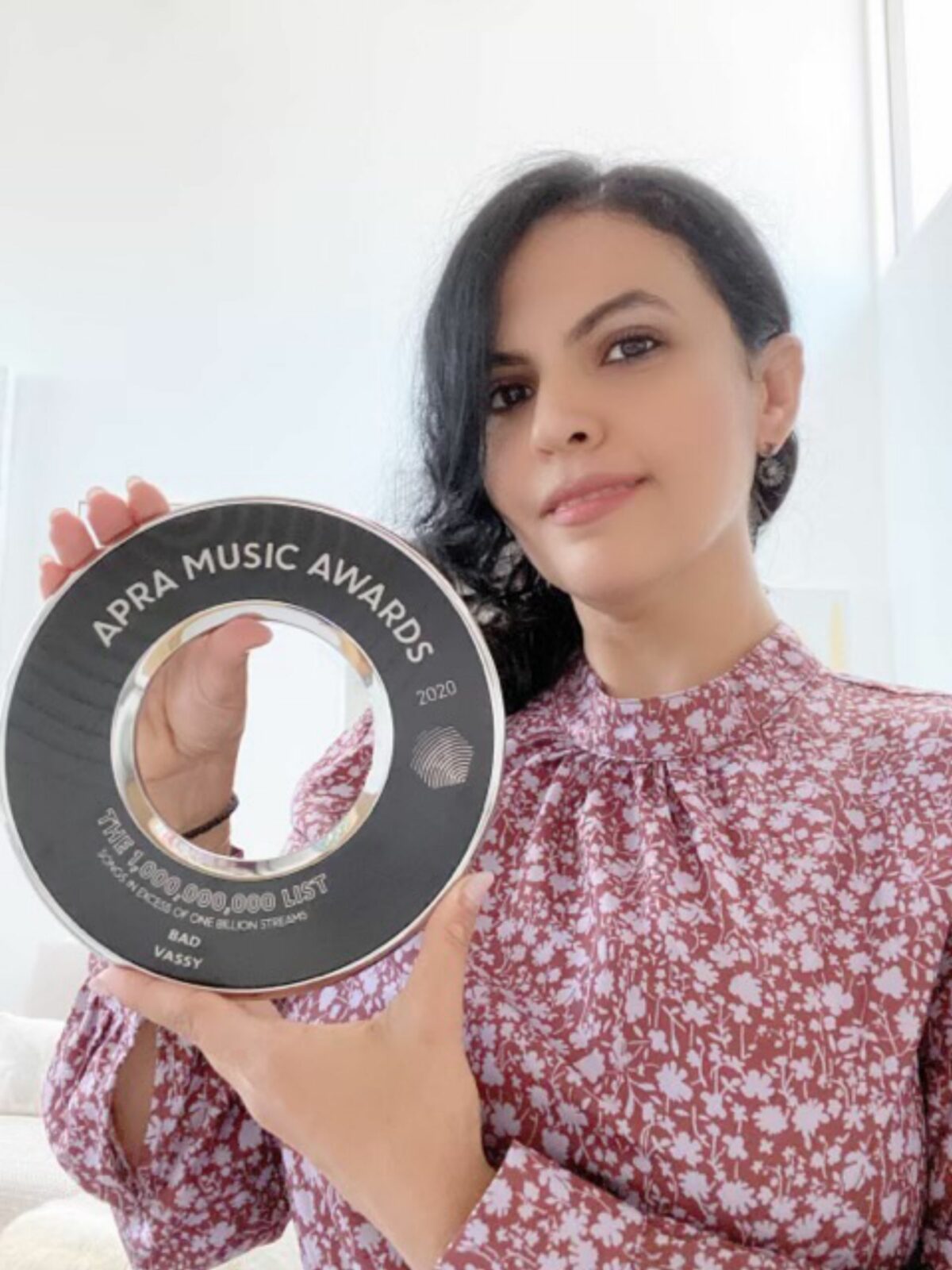 But hearing VASSY describing what led her move overseas, you can tell she always put her stakes in the “bold” and “ambitious” game.

“My career had just taken off in Australia and I was doing well here, but I felt limited and wanted to really explore becoming an international recording artist. I just didn’t think I would be able to do it from here.

“I was ambitious and went to America. It was a bold move I still think ‘how did I do it?’… And it’s a tough business, a tough market. But if you can make it there you can make it anywhere.”

In 2021 she obtained American citizenship, officially becoming, as she says, an ‘Australoellinoamericana’.

“From the Australian side I keep the laid back [attitude] and the directness, I’m a straight shooter,” VASSY starts saying, when asked to break down her main three cultural pillars.

“As a Greek, I’ve kept the culture and how I am as a woman. I’m old school and quite traditional in a lot of ways. I am a noikokyra, like cooking, keeping the house always in order, tidy and neat, I speak Greek regularly, go to church whenever I can.”

As for the American attribute she adopted, she says it comes down to how she works.
“I’m a go-getter.”

It is an attitude she seems to have learnt early on the hard way.

“I was kicked out off the school choir as a kid; I was told I don’t have what it takes. And it was in that moment that rejection became a motive to push me to succeed.

Although it’s not right, a teacher should never do that and crash a kid’s dreams, but I took and used it as it became my philosophy in life. “I think that rejections are just redirections. All rejections in life even though they hurt, it’s for a reason redirecting you to a different place, a path that you should be on.

Tips from a pop star

It’s the one that made 15-year-old VASSY fall “in love with the idea of living in America”.

And like many, she got inspired by Lady Day (Billie Holiday) as a singer.

VASSY’s late dad Thanasi, though, was not one to fall for the American dream.

She says she can understand why he wasn’t supportive of her passion to become a singer from early on.

“My parents worked so hard in Australia, coming here to give us the opportunities they didn’t have. So my dad would see it like ‘all this hard work for nothing?’.” 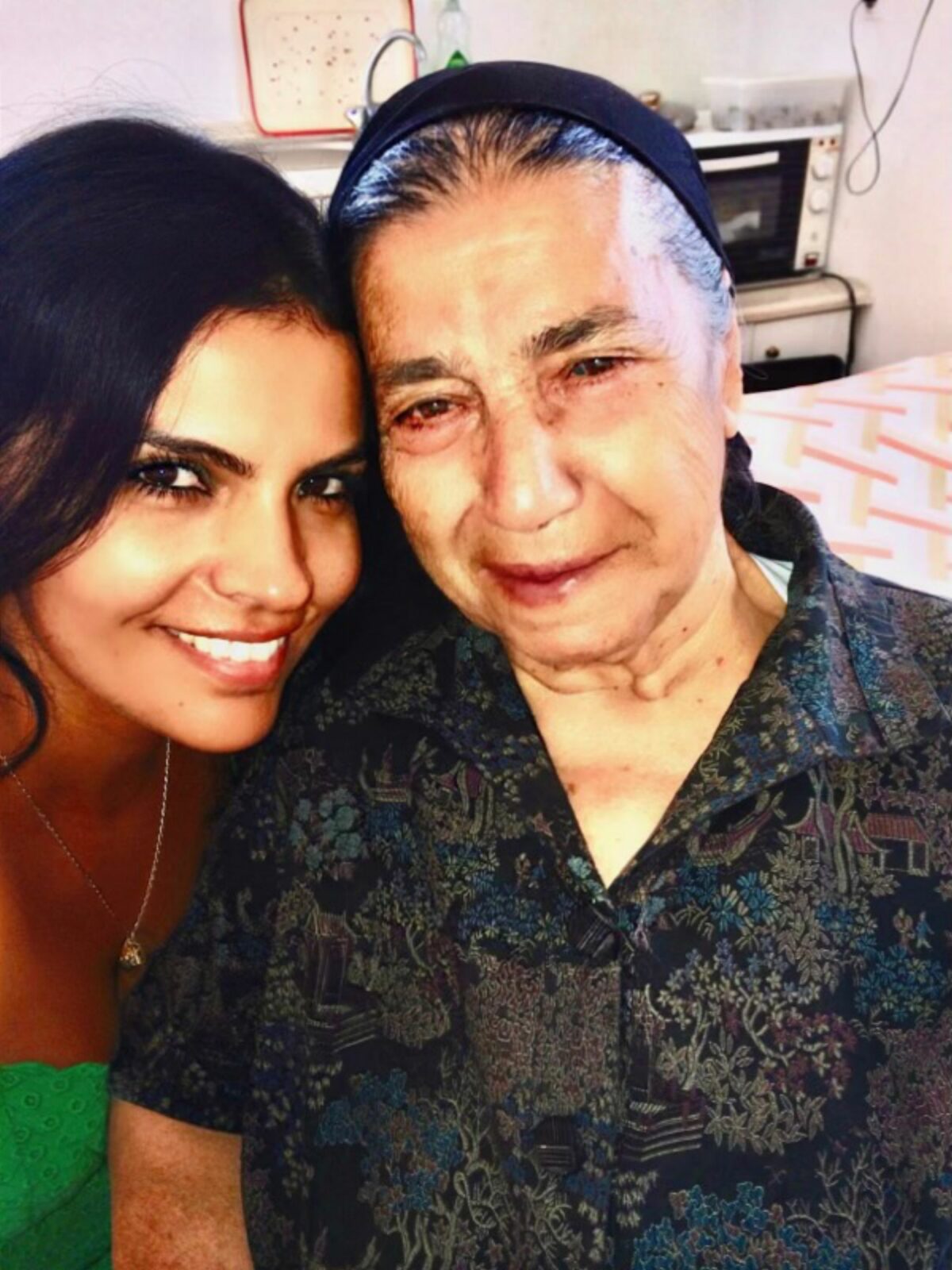 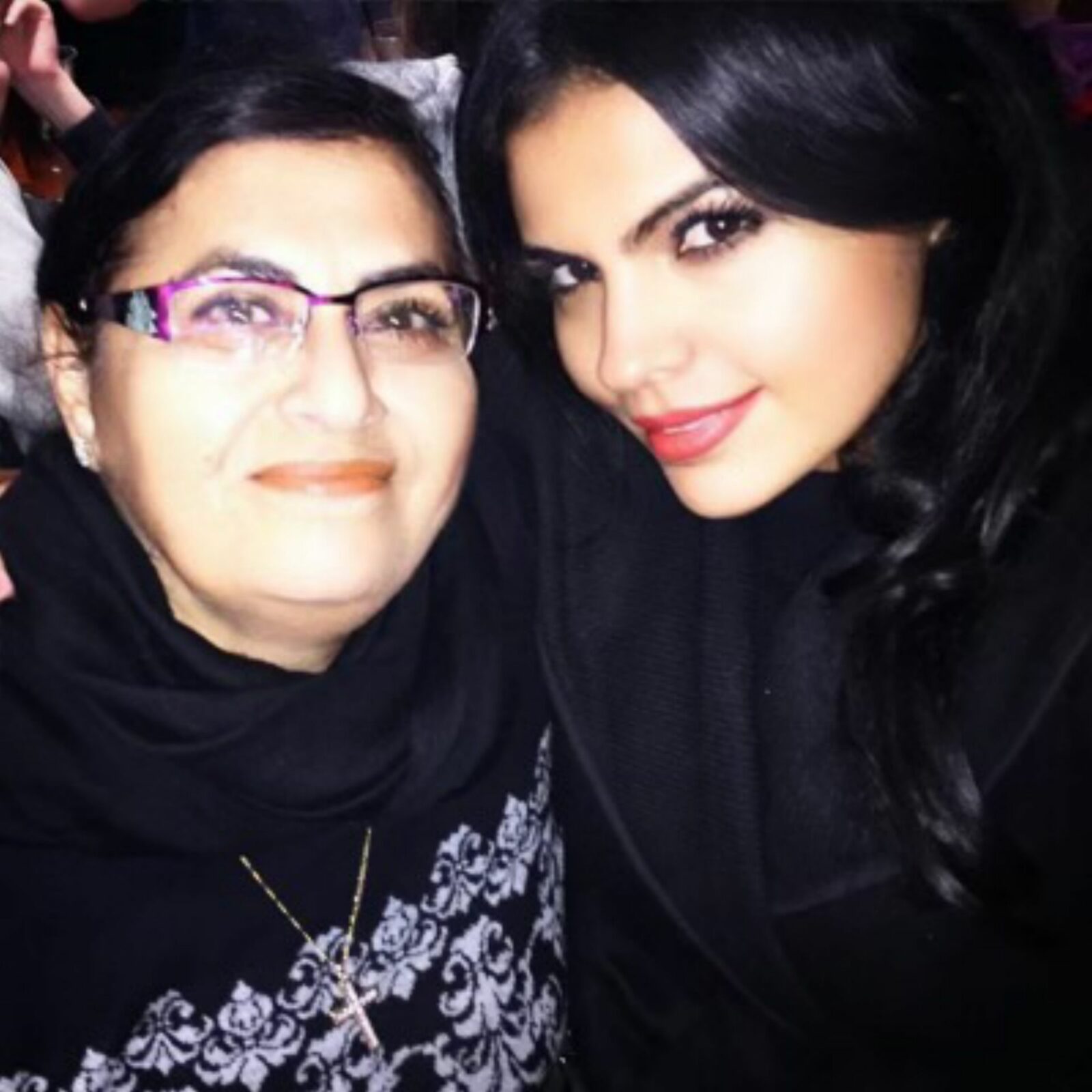 Back then, she explains, Greeks would associate a singing career with bouzoukia. VASSY’s father had other dreams for his daughter.

“So I went and studied and got a degree in architecture.”

But before he passed, VASSY made sure to “get his blessings” to pursue her passion.

“It was really important for me so I asked him and he requested I finish my studies and follow my dream. I kept my word.”

If there was one advice VASSY would give her younger self at the very start of her career, she would choose a pragmatic one.

“Don’t sign contracts. Get a good lawyer. The business is awful, you get exploited as an artist and I got burnt a few times. I wish I knew, because now I would be really rich,” she laughs.

“It’s a tough industry,” is her word of caution to young people dreaming, like she did once, to get their foot in the international music scene. 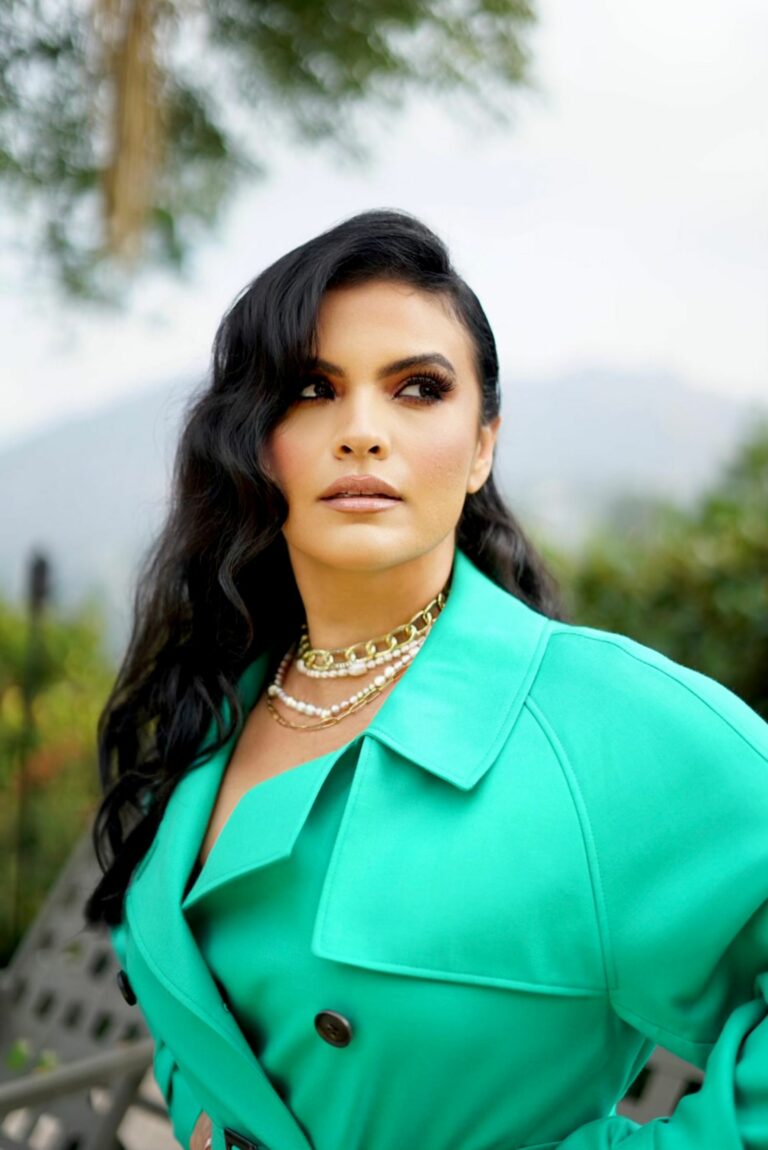 And “growing up in a Greek household as a kid of immigrants” doesn’t make the process any easier. But not impossible either,” she says.

“You got to believe in yourself to achieve. … The family will then come on board. Greek families tend to be really practical; they need to see to believe. So in the beginning they’ll give you a hard time, but if you’re good at what you’re doing and they see your success. they’ll be your biggest fans.”

Think of it this way, VASSY prompts young people: “Look at this: a Greek chick from Darwin she was able to do it. Maybe I have a shot too.”