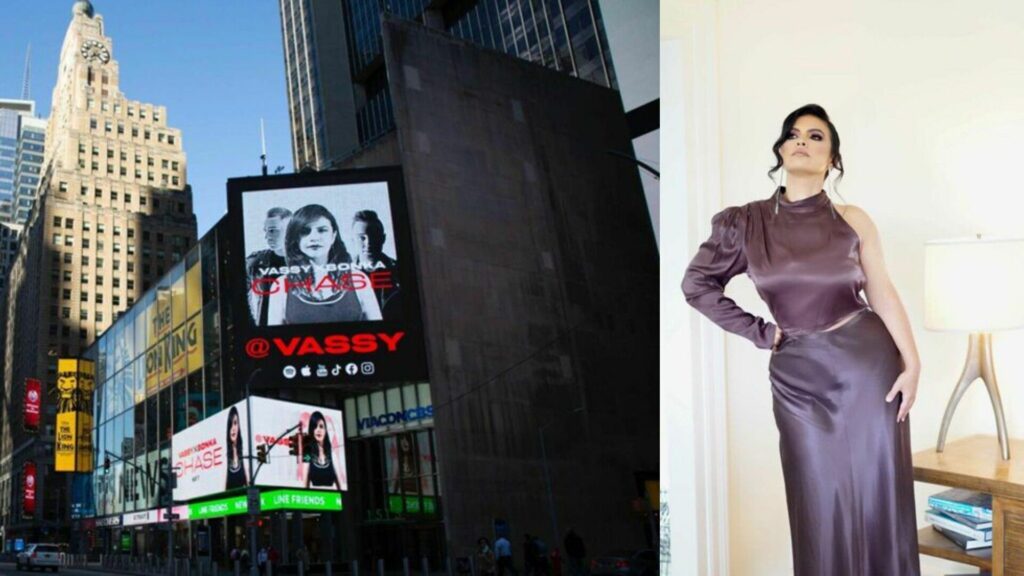 It has been less than 6 months since Vassy Karagiorgos made the long overdue trip back to Australia from the US, after clocking ten years of international singing career.

The Darwin-born artist can now celebrate her latest success milestone at home.

VASSY’s hit single ‘Bad’ has surpassed 1 billion streams on Youtube as of last week, bringing its total streams across all platforms to a total of 2 billion.

Her signature song, a collaboration with heavyweight DJs David Guetta & Showtek was first released in 2014 and became 7 times double platinum.

“Bad 1B views on Youtube, wow! I remember releasing this record between two albums as a DJ tool. It was never supposed to be on the radio or streaming. Million thanks to Showtek & VASSY for this little miracle and Oliver Boscovitch for the genius video,” David Guetta reacted to the news.

VASSY’s most recent work includes a collaboration with Aussie Duo BONKA on ‘Chase’, reaching the top of the ARIA Club Chart.

In a recent interview with Neos Kosmos, she was reflecting that the song, created while she was still in the US, unable to visit family Down Under, was also a way to beat the homesickness.

“It was intense, we got locked down before anyone else did and 2020 was all lockdown. I had wanted to get back home for a while now, I’ve been trying for the past two-and-a-half years and finally able to get in.”

VASSY is now gearing up for her next release, ‘TUFF’, an upbeat dance single with house basslines.

“I’m so excited about this new release, being able to come back to Australia and to collaborate with so many incredible Australian producers, to put together this all-Aussie line up EP is so special to me. ‘TUFF’ is a song about perseverance. No matter how hard things get, you’ve just got to roll with the punches and keep going,” she says.