Likeability of Leaders matters in elections

Top job is a personality contest and that’s fine 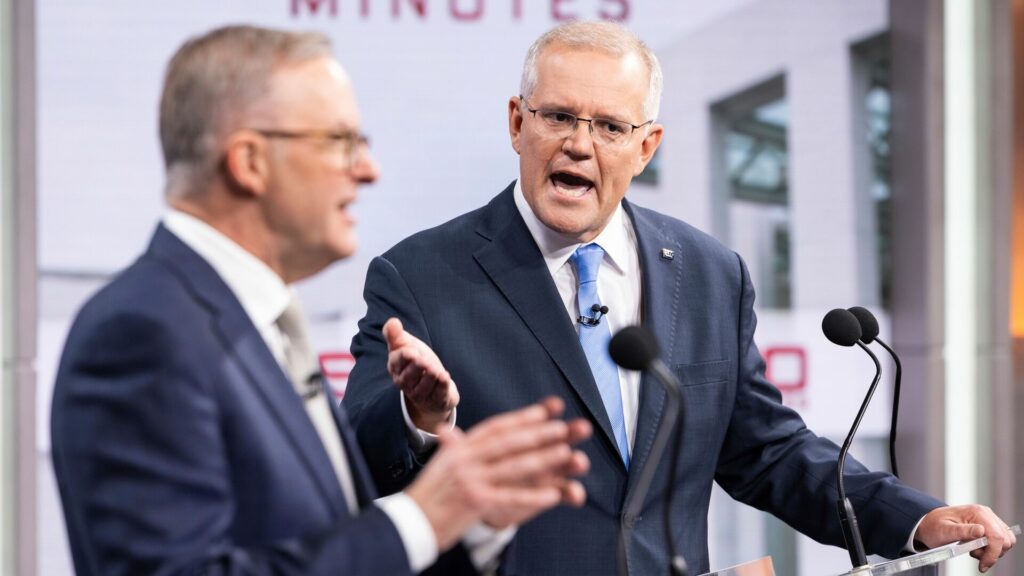 It’s a political truism that oppositions don’t win elections, governments lose them. Of course, the opposition must be seen as a well led and viable option. But primarily it is governments that lose elections because of judgments made by the electorate based on tangible, accessible and recently lived experiences under that government.

Broadly, there are two such judgments that electors make. One is about the record of the government and the other is about the performance of the leader – the Prime Minister.

The Morrison government’s performance has at best been patchy and at worst severely wanting. And the performance of the Prime Minister has been so lacking that it is now a major factor dragging down the government.

Morrison goes further, inviting voters to also set aside his government’s poor decisions, as in: “You might not like everything that we have done.” So Morrison’s pitch is that voters should ignore his likability and personal failings – as well as his government’s failings – and vote for the Coalition because Labor is too risky. His plea is that even if you don’t like him, you know what you are getting with him, whereas the Opposition Leader is an unknown quantity.

But why shouldn’t likability be a consideration among voters? Likability judgments are made in the minds of voters in close association with character assessments. Thus, a leader who is considered by the electorate to be lacking in character or inauthentic is also likely to be unlikeable.

Morrison’s new sales pitch based on asking the electorate to ignore his unlikability is folly, as many in the electorate will see it as an attempt at avoiding his character weaknesses rather than facing up to them. Increasingly, voters are portraying a deep desire to see authenticity in their leaders.

Authenticity is judged above all by voters as based on genuine character and is the opposite of the salesman’s tactics.

The opposition has zeroed in on Morrison’s likability and character in their campaign. Morrison’s failures, such as being in Hawaii when the country was burning or vaccination failures, are presented by Labor as deliberate decisions exemplifying the character flaws of someone who is arrogant and uncaring.

Worse still for Morrison, they are presented as a failure to accept responsibility – “It’s not my job”.

Liberals have begun to despair. It has become clear to many that if they lose the election, it will in large part be the fault of Morrison. Josh Frydenberg, in particular, must be thinking that if only he was made leader things may be very different.

His character is more difficult to attack, he is a more moderate voice in the Liberal Party and as leader he would be more capable of presenting a narrative around competent economic management.

As it is, by having Morrison as his leader, Frydenberg may well lose his own seat as voters in his electorate are invited to ignore Morrison’s likability and by extension any perceived character flaws. Problem is that if they vote for Frydenberg – and this applies to a lot of other Liberals running in the election – they will be stuck with a deeply unlikeable, flawed Prime Minister for the next three years. It’s a good reason to vote Labor or even for an independent.

Anthony Albanese, on the other hand, has transformed himself over the past three years – and not just because he has new glasses and lost weight. He has crafted and presented a measured “safe change” option to the electorate. He is seen as much more authentic in his presentation, despite minor stumbles which he has owned – as any authentic person would.

Labor is not facing the same little-known Morrison it faced three years ago when the electorate was prepared to give him the benefit of the doubt. Labor has the best chance of winning that it has had for years because the Liberal Party decided to stick with a leader that has publicly conceded that he is not liked.

Morrison’s lack of likability should have resulted in a critical assessment by the Liberal Party of the deeply rooted character assessments underlying that lack of likability and whether they could be overcome. A change of leader could have been initiated after the Hawaii incident or coronavirus failures – it was not.

As it stands, the Coalition may indeed pay a heavy price for not understanding the difference in electability of a little known versus a well-known and not very well liked Morrison.

Theo Theophanous is a commentator and former Victorian Labor Minister.