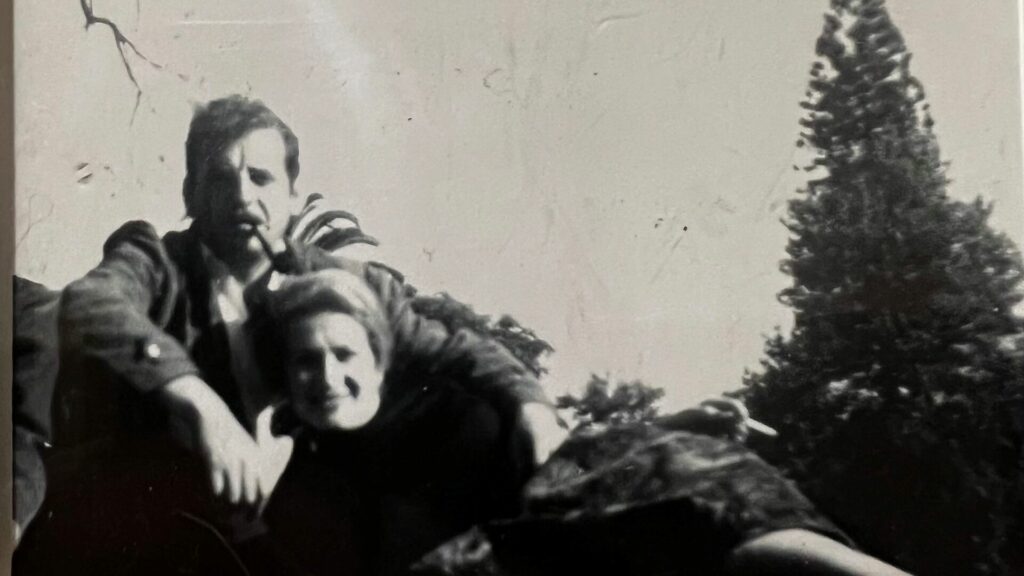 Anastasios Kapetopoulos (my father) and Barbara Pyrlis (my mother) 1961 in Australia. Photo: Supplied.

Time creates chasms in memory. Mnemonic landscapes become difficult to define and past lives become increasingly opaque. On this Father’s Day when my son gave me my presents, they became placeholders of memory. He is named after my father, Anastasios. Not for tradition, not for religion, but for memory.

It has been 29 years since my father died of liver cancer.

Anastasios was 62 when he died in 1993, two years older than me now. I was 31 and had just moved to Melbourne from Adelaide. I had vowed never to live in Adelaide longer than I had to, and my old man understood. If I could not live in Athens, or Vienna, two cities I had lived in the 1980s, then it would have to be Melbourne.

“You need to expand son and you can’t do that here” my father would say. My mother never wanted me to leave Adelaide.

Obsessed by my fledgling career in the arts, I tried to not think of his cancer. In his memoir, which I have tried to read since, but can only scan through before tears drown me, he’d written, “My son the optimist pretends that things will be ok, and to help him I pretend I will not die.”

Two days before he died, I went back to Adelaide on the Overland, air tickets were not cheap, and I was not cashed up.

My sister who asked me to come said, “I don’t think dad will make it”. In my desire for positive news, I said “don’t be ridiculous.”

She was right. Dad’s yellowed skin stretched over bones, he was skeletal, eyes sunken and could hardly muster a word.

I tried not to break down in front of him. By the second day of my visit, he was rushed to hospital. It was night. He could not breathe; the cancer had colonised his lungs, his bones, his pancreas – everything. The time had come.

The emergency doctor was the brother of a school friend.

He kept asking, “Do you think he needs more morphine?” and I kept saying “yes”.

In my desire to not let my little sister, who cared for him, see him die, I took her home. I shouldn’t have, she did not forgive me for taking her away from her dying father.

By the time I came back I saw my mother bent over his lifeless body on the dimly lit hospital bed. She cried, “My man, you have gone – what am I going to do now?”

The doctor who helped, died years later in Italy from a blood infection – a random tragedy.

My father was elegant, urbane, and well-read. He annoyed me about not reading “serious literature like Zola, Steinbeck, or Goethe”

He was often irritated by what he called my “infatuation with the trendy left, not serious communism.”

He had, like all his generation, witnessed the horror of Nazi Occupation and the ensuing Greek Civil War, the fratricide. He’d walk to high school in Patra and bore witness to partisan heads aligned neatly in a row on the footpath.

I hear his words come out of me when I accuse my 20-year-old son of being “too woke” and not part of the “serious left,” whatever that is.

Migration never suited Anastasios Kapetopoulos, my father. He refused to work in factories. He gambled and was good at it.

On Father’s Day my son’s gift of T-Shirts and men’s grooming products brought back my father’s real face, body, and style – not the dying man.

I see him whole again. Now, more and more of my peers, are losing their fathers, and their mothers. And regardless of their age, the pain is no less. These dead now inhabit the wilderness of memory. So, Happy Father’s Day to those fathers who have passed.